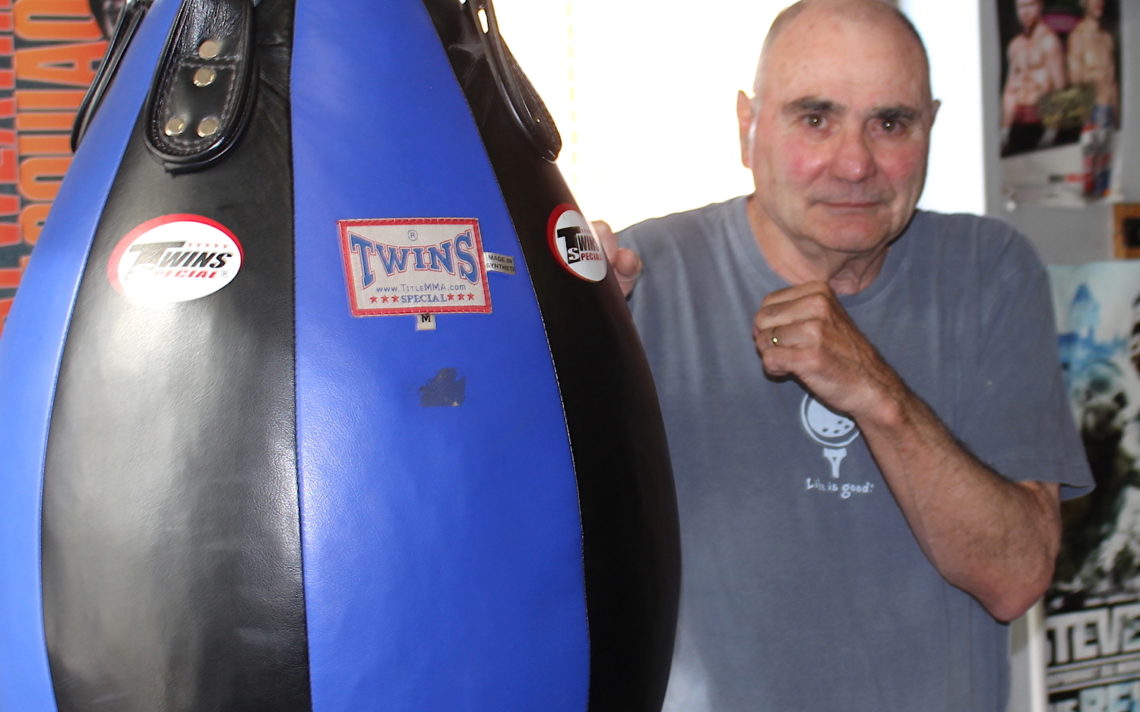 Growing up in Niagara Falls, Fred Bassi always had a pair of boxing gloves in his basement.

“I used to fight guys when I were younger. We would pound at each other and if a guy was too good, I wouldn’t invite him back,” the 72-year-old Welland native said, with a laugh.

Bassi was originally a much better hockey player than boxer and he went to Boston University on a hockey scholarship. At Boston, he met up with a janitor at the gym, who was 5-foot-6 and a pro fighter with 120 fights under his belt.

“I got involved with him and another heavyweight and I started sparring at the end of the hockey season.”

The sparring led to some action in the ring.

It was the first two fights of his career: the first against a fighter with 15 bouts of experience and the other was the top contender in Massachusetts. He won them both.

“That was my boxing career until I came back to Welland,” he said,

The career that followed would see Bassi and two others boxers, Jimmy Neill and John Degazio, being honoured at the 12th Annual Niagara Legends Boxing Show being held Friday, July 20 at the Merritton Community Centre. (For more information, call 905-988-1244 or email info-stcatharinesboxingclub@yahoo.ca.)

When Bassi returned from Boston, he took at job at Niagara College where he taught physical education for paramedic and police foundations students and also taught a course in the history of sports. He rekindled his interest in boxing and started to train at Singers Gym in Buffalo, N.Y. One night, he was at a boxing card at Singers and and decided he want to compete. Frank DeGazio became his trainer and he started to compete.

“By the time I was finished, I had 38 amateur fights and two pro fights,” he said.

His biggest accomplishment was winning the Ontario heavyweight title in his third attempt in1979 when he was 33.

Once his amateur career was over, he had two pro fights. The first bout was in Niagara Falls and was against Lou (The New York Giant) Alexander.

“I wanted to have a couple of pro fights as a personal goal and he came in about 258 and I weighed 197,” Bassi said. “He beat me pretty good. I hit him with some good punches but he was a little too big for me.”

His final fight came the following year and he recorded a knockout versus a 195-pound opponent.

“Being in athletics was always a challenge, but boxing was a different challenge because you are going into a ring to fight someone you don’t know and it’s only you fighting,” he said. “I played hockey and you could say the third line didn’t play very good and the goalie made a mistake, but here everything I did was me.

“I liked the challenge, it was great conditioning for me and I thought it was a great thing to have under your belt.”

The sport provides plenty of lessons.

“It teaches you, at any age, self confidence and respect,” Bassi said.

His 46-year-old son Jason has been doing some masters boxing lately and Bassi is enjoying the chance to reconnect with the sport.

He is honoured to be recognized as a Niagara Boxing Legend.

“I never expected it but Joe (St. Catharines Amateur Boxing Club coach Corrigan) had talked to some people and they felt I was one that probably could be in it,” he said. “I am looking forward to it.

“At my age, I have done a lot of things and I am happy with it, but something like this is fun and it’s a honour especially coming from this club. It looks like they have a big interest in young people.”