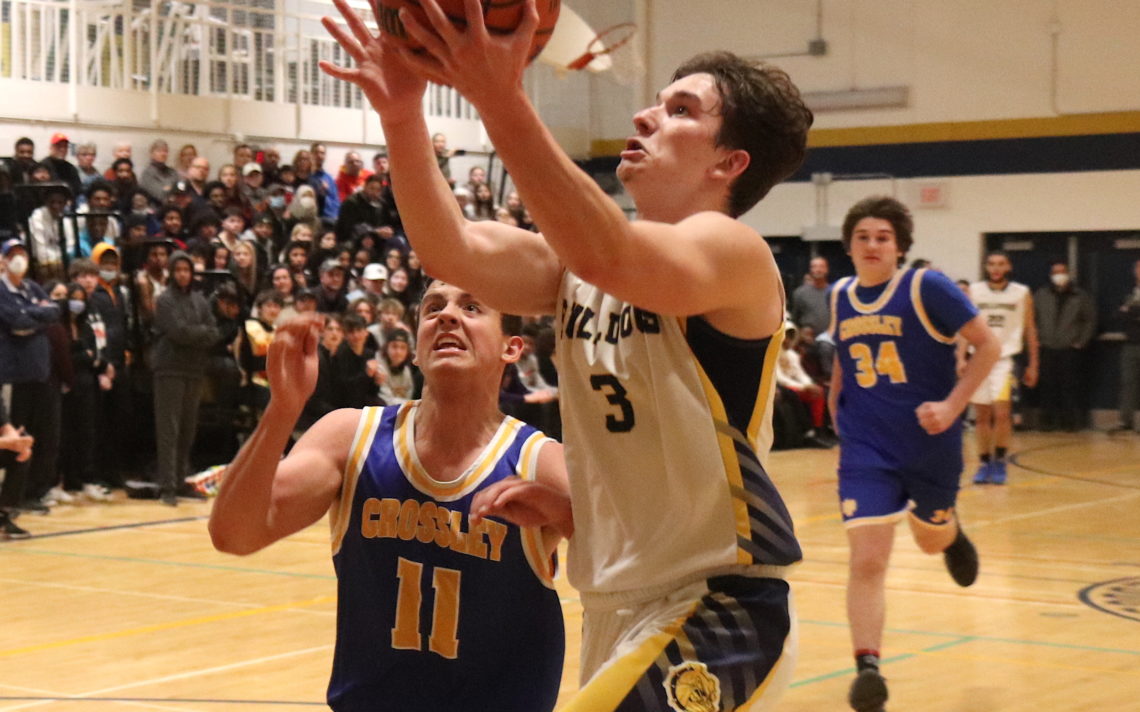 Sadly for the E.L.Crossley Cyclone senior boys basketball team, the sequel did not live up to the original.

Hoping to gain a measure of revenge over the Sir Winston Churchill Bulldogs, who won a Dec.16 regular season game 67-64 over Crossley on a buzzer-beating three pointer, the Cyclone dropped an 80-53 decision to Churchill Wednesday in the championship semifinals of the BPSN Best of Niagara Boys Basketball Tournament at Churchill.

Leading 38-31 at the half, Churchill blew the game open by outscoring Crossley 23-12 in the third quarter.

“We had a good first half and then in the second half we just ran out of gas,” Cyclone head coach Brian Bleich said. “They hit almost all their shots and hardly missed any threes. I bet they must have shot 65 per cent from three.”

But that wasn’t the Cyclone’s only problem.

“They were more physical than us and that was a big part of the game too,” Bleich said.

E.L. Crossley will return four players to its senior team next season.

“It’s probably going to be a rebuild.”

Churchill head coach Martin Cook was pleased with how his team performed compared to the first encounter.

Cook agreed his team has been looking forward to the rematch.

“Their enthusiasm never wavered through the season and it has been a long and strange season,” he said. “From Day 1 until today, it has always increased and never dropped off. We lost SOSSA (Southern Ontario Secondary Schools Association), we lost OFSAA (Ontario Federation of School Athletic Associations) and we lost tournaments like the Tribune and Standard but their attitude never changed on the court.”

The semifinal game was a perfect example of that mindset.

“They were ready to play, it was professional how they did it and I am very happy with the effort they showed today.”

No one was better for the Bulldogs Wednesday than Grade 12 point guard Alex Ruiz, who was strong on defence and led his team with 23 points.

“Alex is the engine who makes us go,” Cook said. “He is the brain on the court, the coach’s left arm and today he did everything I expected he would do. He was one of the players who didn’t have a great game in the first game and  he knew coming in that he had to be better and he did that. He was a high-revving engine the entire game from start to finish while using his high level of basketball intelligence at the same time.”

The 17-year-old, who has been accepted into engineering at Western Queen’s and McMaster and is leaning towards Western, is relishing his final few days playing for his high school team.

“Friday will be the last championship game. It has really been all that is on my mind besides school and there is no other feeling like it,” he said. “I just have to go out there and perform. That is all I can do because I want to leave on a good memory.”

Ruiz agreed his performance against Crossley in the regular season wasn’t up to his usual standards.

“Back when we first played them, I was still thinking about OFSAA and how that was a thing and the game didn’t really matter. I didn’t show what I could do and today was more of a revenge game and I really wanted to show them that I could be better.”

Ruiz and his teammates have put a lot of emphasis on winning the BPSN event.

“This is huge,” he said. “When OFSAA was cancelled, we thought the regular season was it. Setting up this tournament was a great thing and we are really happy they did it because it was one last chance for a sense of pride when we finally leave.”

Cat’s Caboose Player of the Game: Churchill’s Alex Ruiz with 23 points and a strong game on both ends of the floor.

Up next: Churchill advances to the BPSN championship game Friday at 7:30 p.m. at St. Catharines Collegiate against the Eden Flyers. 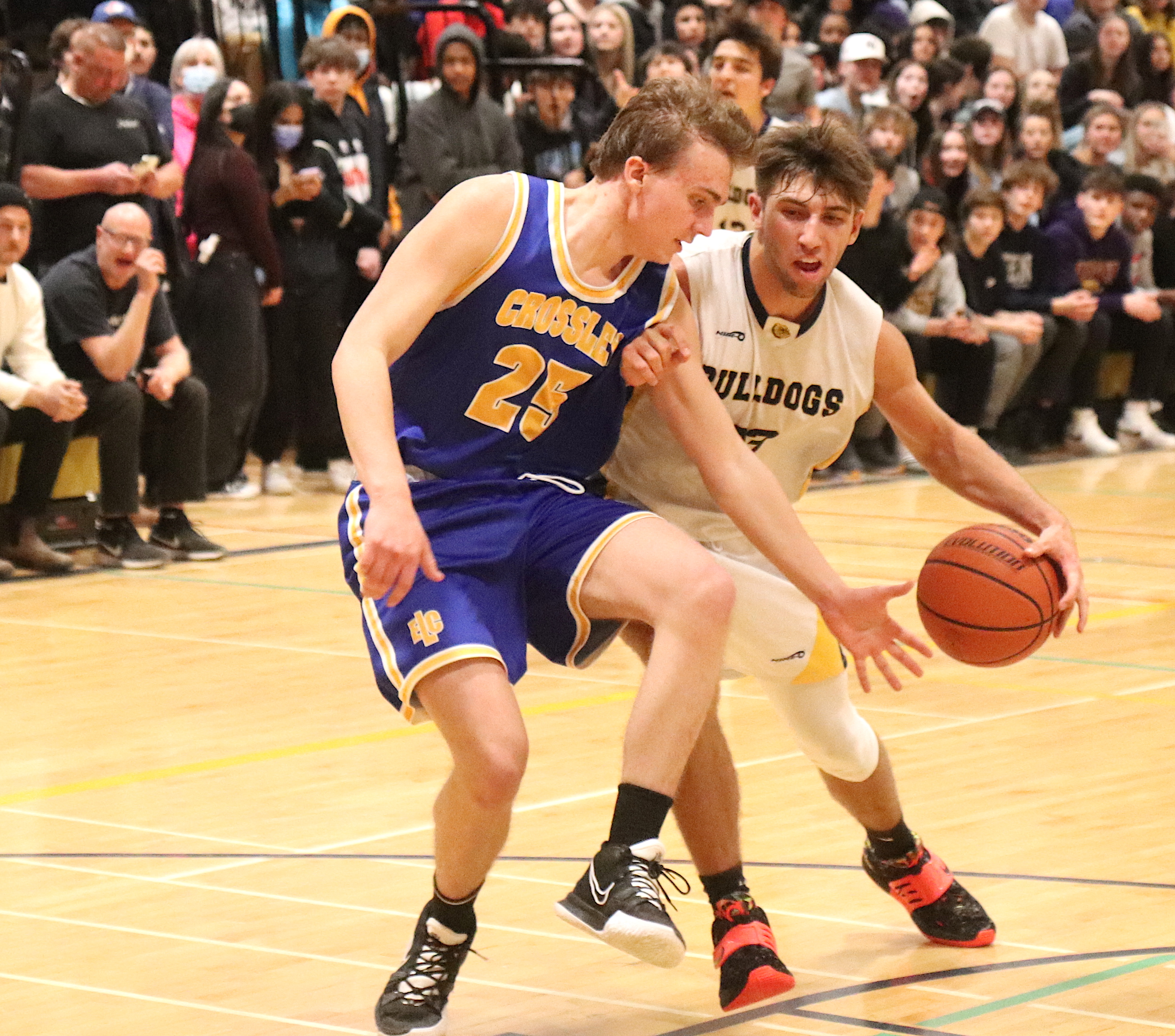