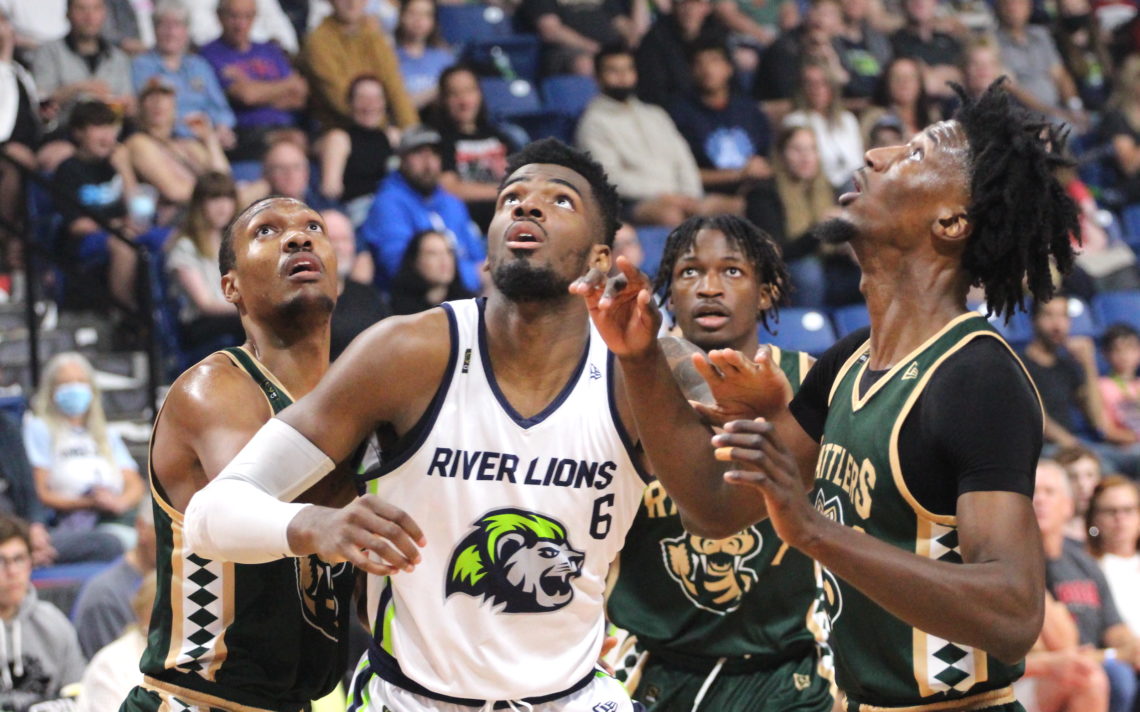 The Niagara River Lions will need to be road warriors to start the 2023 Canadian Elite Basketball League season.

The league’s schedule was released Tuesday and it showed Niagara opening the season with three straight road games. The River Lions will start their season May 26 at the Montreal Alliance followed by games May 30 against the expansion Calgary Surge and May 31 against the Edmonton Stingers. Niagara will open the home portion of its schedule Saturday, June 3 at 8 p.m. at the Meridian Centre against the Saskatchewan Rattlers.

Highlights of the home portion of the schedule, which concludes with a Friday, July 28 game versus Montreal, includes: three Saturday games, two Sunday afternoon games, an 11 a.m. school day game on Friday, June 23; and a four-game homestand starting with the home opener and concluding with a June 13 matchup against Montreal.

The River Lions are coming off a season where they finished second in CEBL League play with a 13-7 record before falling to the Scarborough Shooting Stars in semifinal play during the championship weekend in Ottawa.

“Our front office team, and head coach and general manager, Victor Raso, have been busy preparing for the 2023 season and today’s announcement puts us one step closer,” team president Jeffrey Sotiriou said. “We are looking forward to our fifth season in the CEBL as we continue to bring high level basketball and top tier entertainment to fans across Niagara while working towards our goal of bringing home a CEBL championship.”

The team’s training camp will open May 17 and Raso said this week the team is in a good place in terms of roster construction.

“We can’t start signing anyone until Feb. 1 but I have a few guys already locked up and I will use the next couple of months to finalize it.”

Season tickets and voucher packs are on sale now and group tickets and single game tickets will be able in the coming months. Ticket information is available by calling 289-273-5905 or visiting www.riverlions.ca/tickets 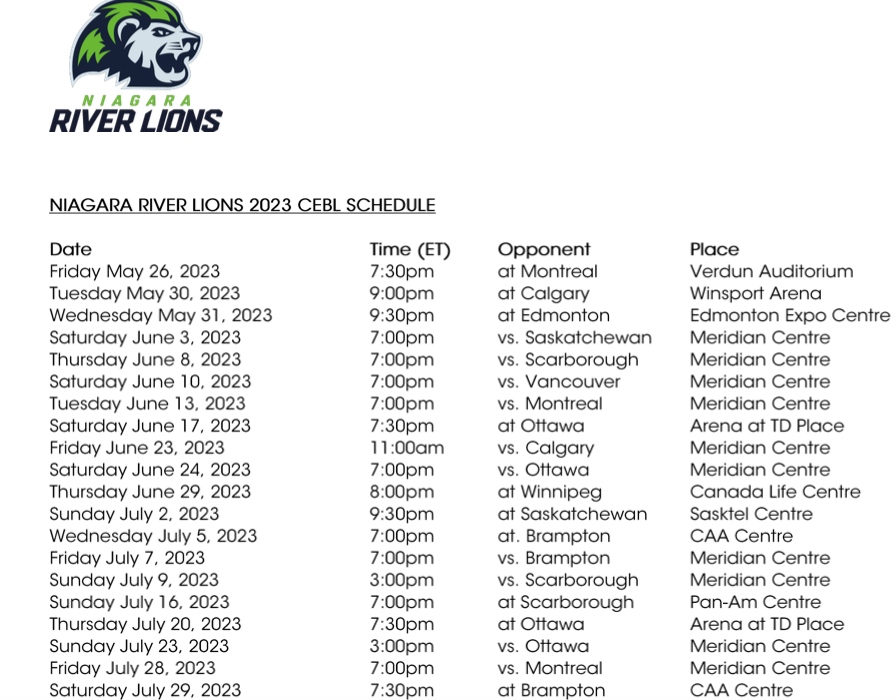