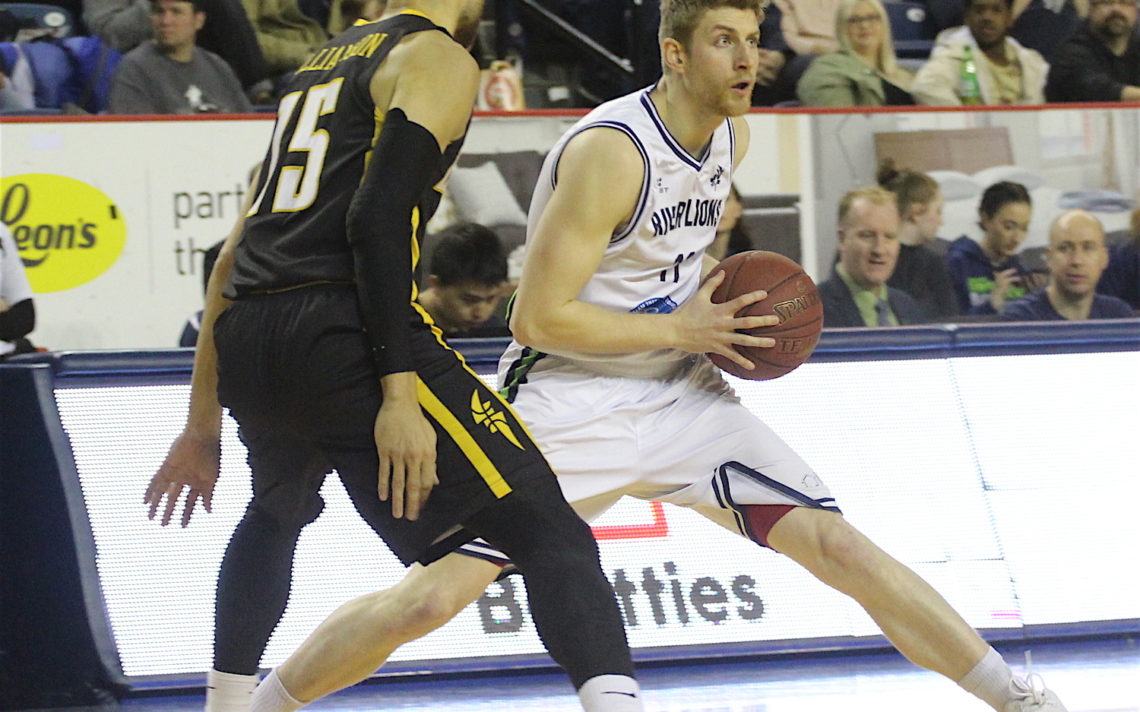 Connor Wood has set an extremely high standard for himself.

As his first season of pro ball winds down, Wood feels his season hasn’t quite gone the way he wanted it to go.

“But hopefully I can keep doing some good things over the next couple of games so we can get some wins,” Wood said, after scoring 10 points in a 125-114 Niagara win over the visiting London Lightning Tuesday night at the Meridian Centre.

London now leads the best-of-five series 2-1 with Game 4 scheduled for Friday at 7 p.m. at the Meridian Centre.

In 43 games with Niagara this season, Wood has averaged 9.4 points and 2.9 rebounds per game. 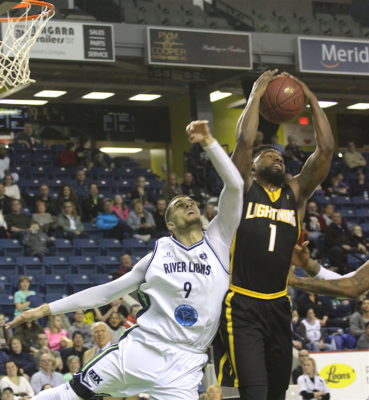 “Obviously adjusting to a new team is going to happen wherever you go, but personally I wanted to do more than I have done.”

There were a few things he did like about his performance this campaign.

“I feel like I passed the ball pretty well and I feel that’s the thing that I started to do well,” he said.

In his second year of pro ball, he wants to get better at attacking the rim.

“I have to make sure I am causing people to rotate to me when I am attacking to either get a layup or get a pull-up (shot),” he said. “A bunch of times I have passed that up when I should be taking an open shot.”

Getting better at that is as much mental as physical.

“It’s a mentality and making sure I am practising that in the gym and also having the mindset if I am open to make sure I am taking the shot.”

The 24-year-old rolled his ankle heading into training camp and that slowed his adjustment to playing pro basketball.

“It took me a little longer than I thought it would, but after a while I got pretty comfortable.”

“I have more confidence in Connor than Connor has in himself,” he said. “He shoots the ball well and when he is open, he is going to knock it down.”

Wood makes good decisions and Raso feels opponents are trying to use athleticism to beat him.

“Connor was a tremendous athlete growing up and he doesn’t give himself enough credit,” Raso said. “What happens in your first year, is you second-guess yourself.”

“I know he didn’t have two very good games to start out the series, but I felt he played much better tonight.”

The same could be said about the entire Niagara team, which lost the first game of the series by 36 points and the second by 26.

“It’s huge, for sure,” Wood said. “It definitely feels good to get a dub (win) and we worked hard for it.”

The River Lions went into the game with a sense of optimism.

“The first half of the last game we felt like we should have had the lead at half and we were playing pretty well,” Wood said. “We needed to keep doing that instead of what we did in the second half of the game.

“In the second half of the last game, we let them get easy buckets and get out in transition which they are really good at.”

Raso described the game as his team’s most focused and disciplined effort of the season.

“We talked before the game about being focused and mentally disciplined and those the keys things we had to do for 48 minutes.”

That approach gave the River Lions their first victory over London since the first game of the regular season; a 120-114 win on Nov. 18.

“That was the best effort all season in staying with the plan,” Raso said.

That plan was devised without big man Sam Muldrow in the lineup, Muldrow left this week to play in Australia.

“That’s the third time we have had a player unfortunately leave in the middle of the night,” Raso said. “It’s not like we got a warning or a text to say I am gone.”

The NBL of Canada is not affiliated with FIBA which means players can leave at any time and play elsewhere without consequence.

“There is nothing that stops players from leaving at any time and other leagues poaching our guys,” Raso said. “We’re the renegade league.”

Up next: Game 4 of the series goes Friday at 7 p.m. at the Meridian Centre.