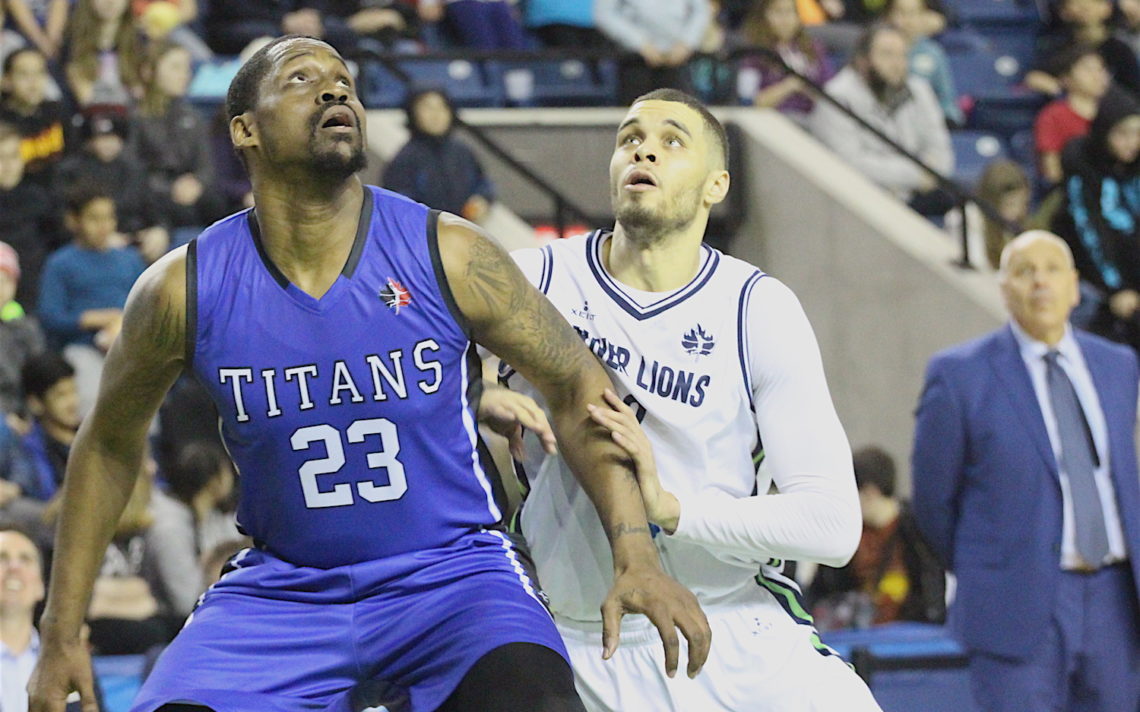 The Niagara River Lions were breathing a sigh of relief on two fronts Friday afternoon at the Meridian Centre in St. Catharines.

With a 111-106 victory over the visiting Kitchener-Waterloo Titans, Niagara (13-19) snapped a six-game losing streak and, in the process, clinched the final playoff spot in the National Basketball League of Canada’s Central Division,

“We needed to stop the streak and start a winning one and the win guaranteed us a playoff spot,” River Lions head coach/GM Joe Raso said. “You want to win your way in.”

“Kris (Joseph) and Demonta (Pollard) were really good in the fourth and at the end of the fourth,” Raso said. “That was important because they are two of our veterans on a very young team.”

Niagara has been in almost every game this season, but hasn’t been able to close out a number of winnable games down the stretch.

“What we have had trouble with is adversity: Be it an official’s call; be it a bad bounce or a turnover,” Raso said. “We haven’t done a good job with adversity and today we did. They made a run and we handled it really well. 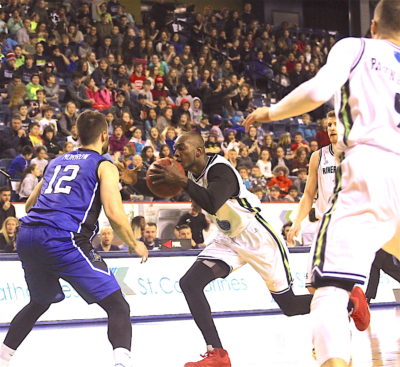 “As much as the win, that is what has pleased me the most.”

From the beginning of the year, Raso has talked about building a team and then moving forward with it. But that has been easier said than done as the River Lions have had 20 players suit up for them this season.

“That was never my plan to change because you build when you don’t change,” he said. “But we have had enough time to change it and this is the group I am going to build with.”

The River Lions now have eight regular-season games left to fine tune for the playoffs.

“The hardest part for me and a lot of the players who have come from college is those extra eight minutes (of game time),” Raso said. “The one part of this that I didn’t evaluate enough is Sam and now Kris are the only guys on our team who have played 48 minutes.

“We are getting better at that and having the maturity to handle that extra eight minutes.”

Raso has also learned a few things about himself as a coach.

“We have handled adversity not well and part of it is that I emotionally have to stay with it because if I get on the officials, this is a young group and they take it as a green light for them to get on them as well,” he said. “The one thing about coaching is that if you think you know it all, you are a fool.” 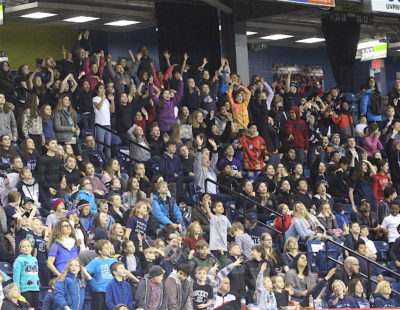 Friday’s game was played in front of a noisy crowd of 3,624, bolstered by busloads of screaming kids hopped up on treats from the concession stands. Advil was a reporter’s best friend on this day.

“All that was outstanding and that is credit to the organization,” Raso said. “Our front office does a very, very good job of putting on a game.”

River Lion Adam Klie, who had three points and three rebounds in 12 minutes of playing time, loved the crowd.

“With crowds this size, it’s usually not this loud, but the kids were excited,” he said. “It was deafening man. It was hard to hear sometimes out there and it was a lot of fun.

“The final score showed a little bit of the energy that the crowd bought to us today.”

“We had lost a bunch of games and we knew we had to come out and get this win and make sure we would be playing extra games at the end of the season,” he said. “It feels good and hopefully we can get on a streak and be playing our best basketball come playoff time.”

Up next: The River Lions will host the Saint John Riptide (15-13) Tuesday at 7 p.m. at the Meridian Centre in St. Catharines.