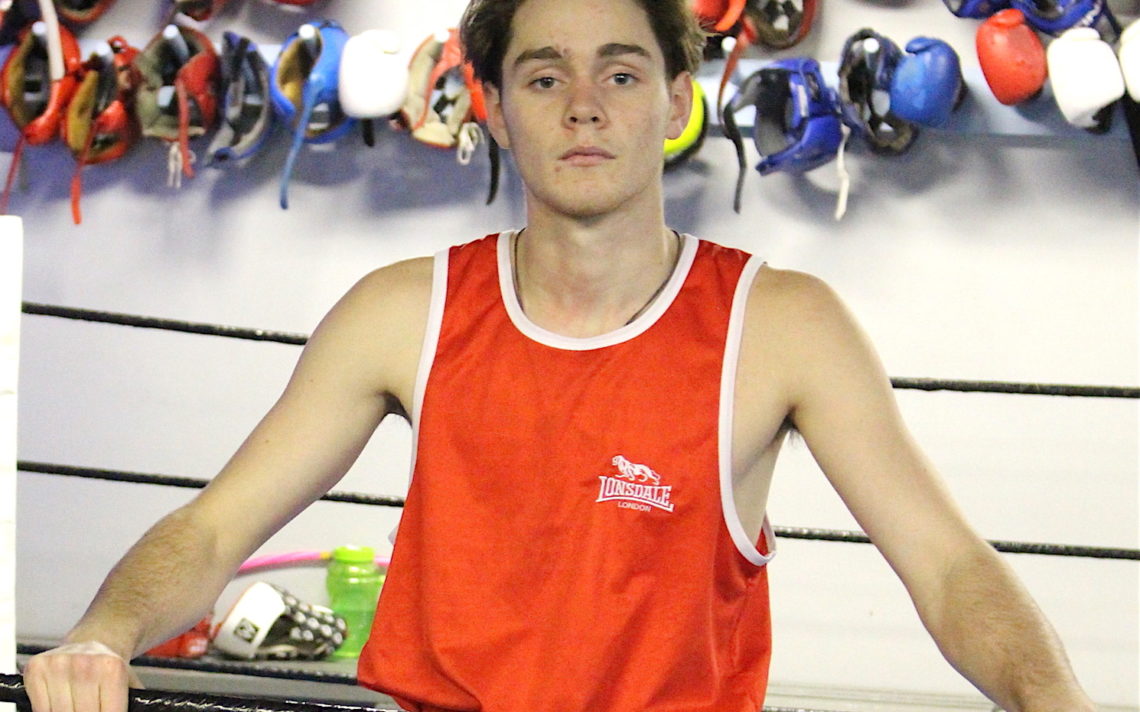 From the rim to the ring: Phoenix hoopster takes boxing gold

James Hughes got off to a solid start at the 56th Annual Standard High School Basketball Tournament.

The six-foot point guard averaged 8.5 points through the first two games of the tournament for the St. Francis Phoenix before his other sports passion beckoned. The Grade 12 student missed the Phoenix’s wins in the semifinals and finals because he was taking part in the Ontario Golden Gloves provincial boxing championships at the Don Valley Boxing Club in Toronto.

“It was a pretty tough decision but at the end of the day I decided that the Golden Gloves was more important,” the 17-year-old said.

While a difficult decision, it was obviously the right one as Hughes captured the Youth Open 69-kilogram division with victories over two more experienced fighters; Kyle Leon and Owen Charles. 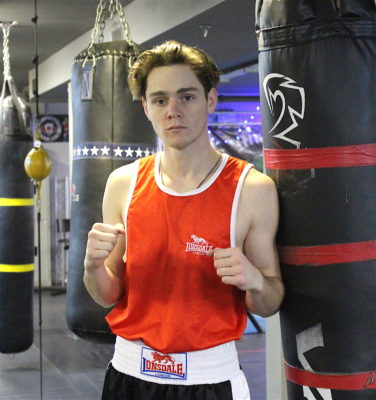 “It feels great but at the end of the day it is only the first step towards my goal of winning nationals,” he said.

But it was an important first step.

“The Golden Gloves is known for being one of the biggest and most important tournaments and I wanted go get the title, Golden Gloves champion, beside my name,” he said.

Hughes has been boxing for three-and-a-half years after following his older brother, former Canadian champion Liam, into the sport.

He is a busy teen, balancing his basketball practice schedule at St. Francis with his training at the St. Catharines Amateur Boxing Club. Training for two sports provides him with countless benefits.

“Basketball comes in handy a lot with boxing,” he said. “The suicide drills and sprints all help with the legs.”

And if ever a donnybrook breaks out at a St. Francis basketball game, Hughes will be ready.

“I’ll be there,” he said, with a laugh, knowing the reporter was joking when making the comment.

Since he started boxing, Hughes has improved every year and 2017 might have been the best yet for his development.

“It’s just the experience I’ve gained,” he said. “Fighting in the States has helped a lot. It’s good competition and I fought a lot there during the summer.”

He feels he has his own style of fighting.

“I like to stay long and keep my long arms out there,” Hughes said.

He loves the competitive aspect of the sport.

“It is a great buzz going up into the ring and it’s always a good atmosphere in the gym,” he said.

Next up for Hughes is the nationals in March in Edmonton where he’s hoping to be crowned national champion.

“I have to put the work in every day; go running and spar,” he said.

“James is a gifted athlete, being able to succeed at basketball and boxing,” he said. “He has done very well for the short period of time he has been training.”