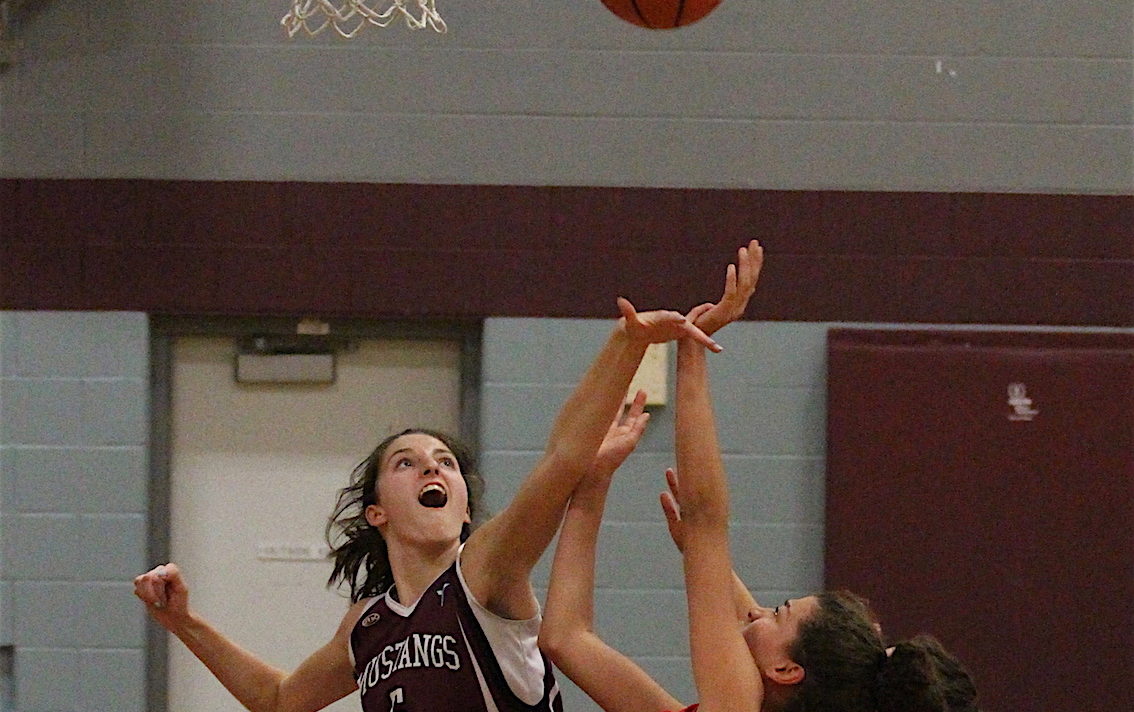 Dani Orlando did everything she could to prolong her high school basketball career.

The Grade 12 guard at Denis Morris hit two threes in the third quarter to give her team a 36-34 lead going into the fourth quarter of a Niagara Catholic Athletic Association senior girls basketball quarter-final against the Saint Michael Mustangs. She then added two key steals in overtime, but it wasn’t enough as the sixth-place Reds fell 49-46 to the third-place Mustangs. 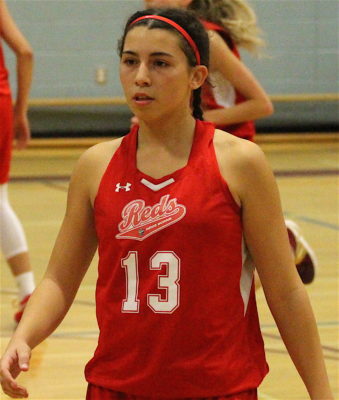 “It’s pretty sad and I will miss it a lot,” the 16-year-old said. “I will miss the coach, the team and how much we all get along and bonded together.”

Orlando was one of only two Grade 12s on the Denis Morris roster, but she didn’t feel the need to provide any additional leadership to a squad that included six Grade 10 and three Grade 9 players.

“They were all really good and they were a big help to our team,” she said.

Orlando played house league basketball until Grade 8 but since then high school basketball has been her only on-court pursuit. She also competes in cross country and track and field distance running for Denis Morris.

Reds head coach Stef DeMizio will miss having Orlando on the team.

“Dani has been a great addition to our team,” she said. “She’s not a basketball player but she is a great athlete and we wanted to have her on our team. She has been with us for four years.”

DeMizio loved that Orlando went out with a bang. 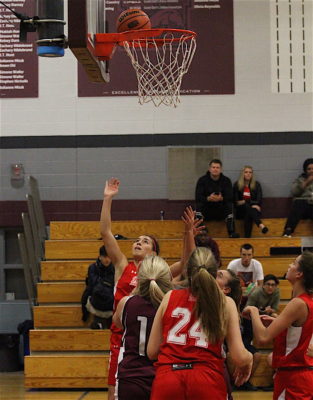 “She had a great last game and she made some big threes when we needed them.”

To say Wednesday’s game was a chippy affair was an understatement. There were plenty of fouls in the game and the refs had their hands full.

“There was a lot of arguing but we kept our heads up and didn’t worry at all,” Orlando said. “We didn’t talk back and we just played our own game.

Lexxus Bell led Denis Morris with 11 points while Orlando, Jordyn Britton and Cayla Mirabella scored eight each for the Reds.

Leading the way for the Mustangs, who led 13-8 after one quarter and 25-22 at the half, were Julie Manlow with 11, Carlee Ibey with 10 and Anne Ibey with six.

Saint Michael coach Ron Bobyk was less than enamoured with the officiating in a game that featured plenty of tussles.

“It was a scrappy game with scrappy teams and both teams played their hearts out,” he said. “It’s obvious that both teams wanted to win.”

Bobyk praised the Reds for pushing his team to the limit. 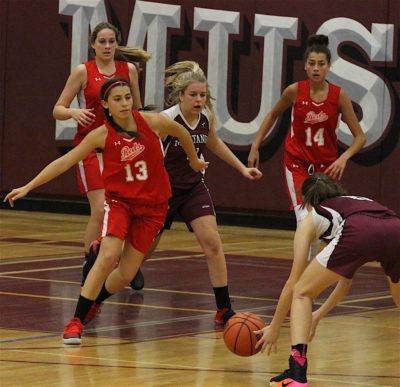 “That’s their varsity team and they are playing with a lot of younger players,” he said. “I give them a lot of credit for their performance.”

In semifinal action Nov. 6 at 3 p.m., Saint Michael is at Blessed Trinity and ST. Francis travels to Notre Dame.