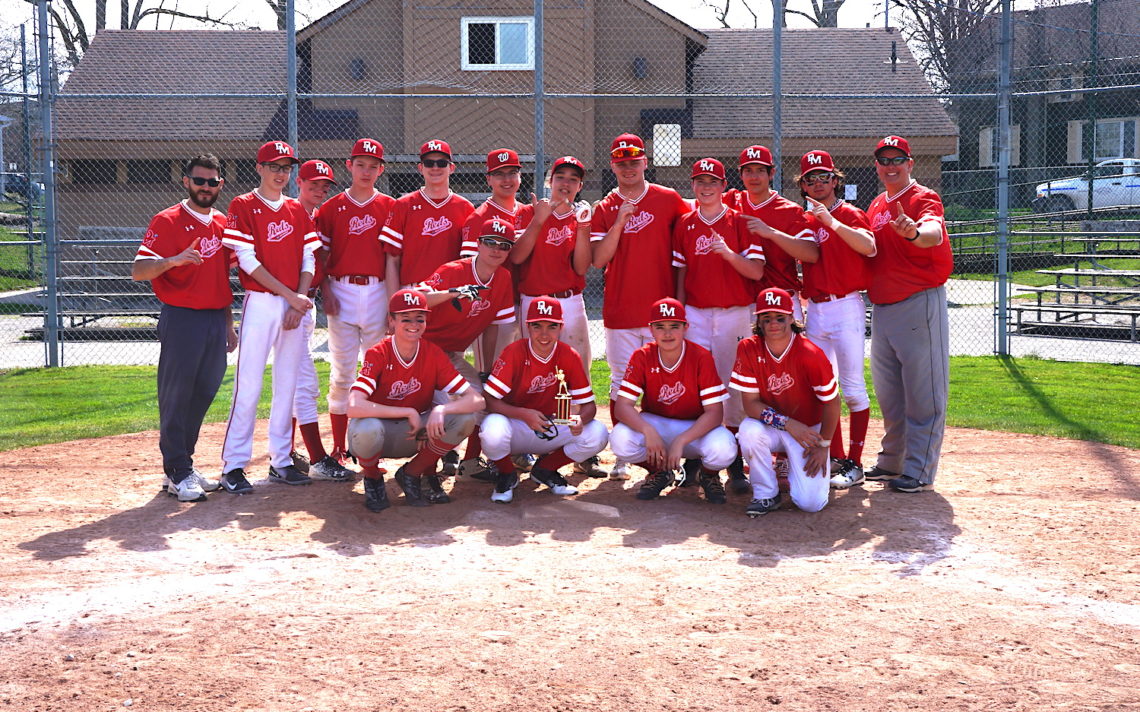 The game was close until the bottom of the fifth inning when Kyle D’Angela hit a gram slam as the Reds scored six runs in the inning.

D’Angela was named most valuable player for the tournament going 7-for-10 with a double, two triples, a home run, three walks and 14 RBI’s. He was also the winning pitcher in the final game.

Denis Morris defeated the Governor Simcoe Redcoats and Thorold in the round-robin play to advance to the finals.

Starting pitchers Ethan Toulose and Kevin Thomson picked up the wins while Ethan Jesik recorded a save in the first game.

Thorold advanced to the finals by beating Sir Winston 6-5 with a strong pitching performance by Dylan LaMarre and an exciting win against Governor Simcoe that saw Thorold rally from a 4-1 deficit in the bottom of the fifth to take a 5-4 lead. Simcoe then scored two runs to take the lead in the top of the final inning before the Eagles scored two runs with to out to take the win.

The St. Catharines and Niagara Summer Minor Hockey League has openings in it’s Tyke, Novice and Peewee Divisions. All other divisions are sold out. The league provides a 12-game season of 5 on 5 hockey, with games at the Seymour Hannah Centre in prime time on consistent weeknights. Play begins in late May. Registration can be completed at scsummerhockey.com, or by calling the league at 905-849-9712.