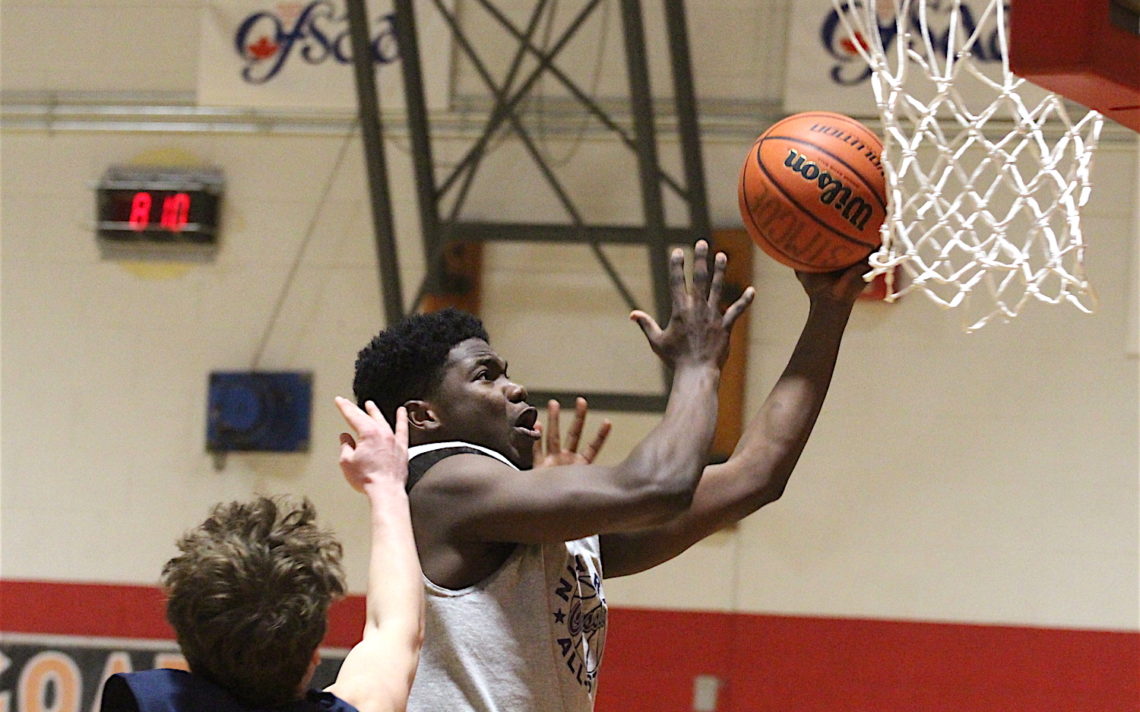 Governor Simcoe basketball player Rahim Bardi had a workout at a NCAA Division 2 school and had interest from a number of other Canadian and American post secondary institutions.

In the end, the 18-year-old St. Catharines resident has decided to stick close to home and sign with Niagara College.

Staying close to him wasn’t a big factor in his decision, but it didn’t hurt.

“It’s an advantage for saving money, you can get the home crowd here and it’s a big opportunity.” 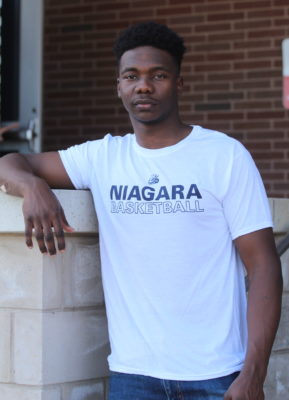 “There was interest from down in the States and some of the universities here in Canada, but Rahim and I talked and it was about where he’s needed and wanted,” he said. “Mike (Hurley) and his coaching staff really displayed interest in throughout the year by coming to see our games and talking to him.

“They talked about his future and that’s what sold him on Niagara College.”

Bardi’s not sure what his role will be on the team but whatever it is, the 6-foot-4 200 pounder said he is away for the challenge.

He is looking forward to playing.

“I love basketball and I can’t wait to get on the floor and work hard for this team.”

He believes his game is at a point where he can contribute at the next level.

“Putting on more muscle and taking another year of high school made me mature enough to get to the next level, but I am going to keep working hard.”

Feor-Spiece has coached Bardi for four seasons and has witnessed a lot of development.

“He’s an old soul and he is very mature for his age,” he said. “He’s ready for the next level with how he is built and how his game has matured over the years.

“He is going to come in here and produce immediate numbers for Mike and his staff.”

Bardi will go into his first year of Ontario Colleges Athletic Association play with high expectations.

“I am hoping to improve my game a lot more and hopefully win rookie of the year and eventually MVP of this team.” 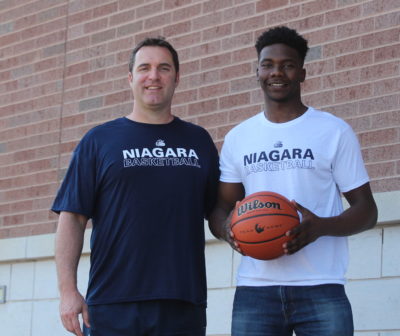 Hurley is thrilled to land Bardi for Niagara.

“It was American schools, Canadian universities and us and it was pretty exciting to get a player of this calibre.”

Hurley has high expectations for his newest recruit.

“He’s really versatile and that’s what I like the most about him,” he said. “He can probably play one, two, three or even four positions in our league and for any of those positions he has great court vision.”

Bardi is equally adept as a ball handler or a shooter.

“There will be a spot for him and he willing be filling some roles with the skill set he has,” Hurley said.

“Those are two of the very best, that’s for sure,” he said. I think it will be exciting for them to play together and with a group of good returning players and other good recruits coming in.

“I don’t know him too well but I am sure we will get to know each other pretty well,” he said. “He’s a great player and to be able to play with him will be good.”

Bardi is planning to study health and fitness promotion at Niagara with eye on a future career in kineisiology.

Bardi would love to say he’s in the gym working hard, but he is on hold after breaking a bone in his left foot in the last 10 seconds of the high school all-star game.

“I went to make a crossover and I went over a bit on the side of my foot,” he said. “In five years of my high school career, it is the only injury I had and it’s the worst one.”

Doctors told him it will take four to six weeks for the fracture to heal and he has an appointment with a doctor next week.