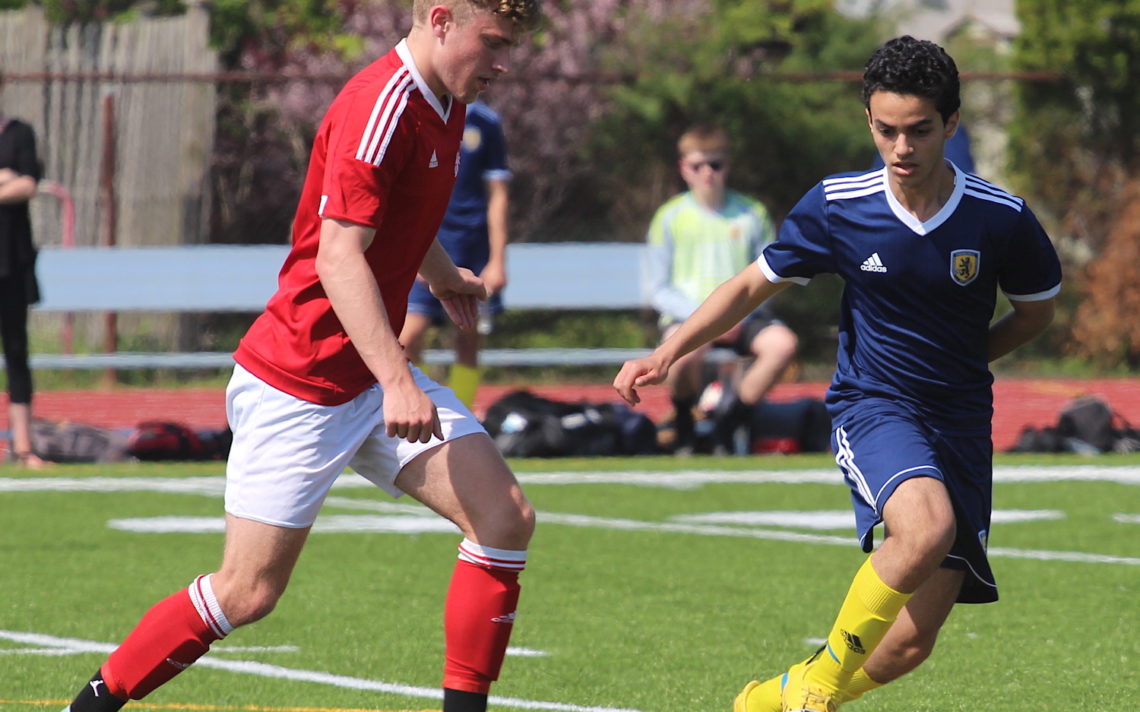 The 18-year-old, Grade 12 student is the Redcoats anchor on defence from his centre defensive midfield position.

“When the backline has it, I have to get the ball and distribute it and get the exit pass out so we can start on offence,” he said. “I like it. I have a good feel for the ball and I like distributing and passing to my teammates and getting them opportunities to score.”

Simcoe coach Brian MacDonald relies on Morningstar quite a bit.

“He’s very important,” MacDonald said. “He’s the guy who sits behind the forwards and makes it easy for them to go forward because he has responsibility to stay back.

Morningstar said the Redcoats are at their best when they move the ball.

“Today we were focused on spreading the ball wide, spreading the field, and creating space and taking the ball to the top of the box and getting a chance,” he said. “We play a really team-based game. We have to work together and pass and have good chemistry.”

“When they want to play as a team and move the ball well, good things happen. When they a little frustrated, things don’t turn out as well,” he said.

Neither side seemed willing to take control in a dull, scoreless first half that featured little offence.

The Redcoats finally broke the deadlock early in the second half when Lucas Valentino scored after a scramble in front of Bulldogs netminder Will Spencer.

Morningstar said the Redcoats made sure not to get frustrated at the lack of offence.

“It’s important to keep your composure because if you’re playing well and passing well, the goals will come,” he said.

MacDonald said the Redcoats were rewarded in the second half thanks to their willingness to take a few chances.

“We got little more aggressive and started to go forward more,” he said. “We had possession but we didn’t have the energy or gumption to go forward in the first half but in the second half we wanted the ball more and good things happened.”

Nick Pringle rounded out the scoring with a late goal for Simcoe.

The Redcoats, who are undefeated in league play, now take on the Grimsby Eagles in the AA final next Wednesday.

The Eagles knocked off the Eden Flyers 3-0 in the other semifinal Wednesday. 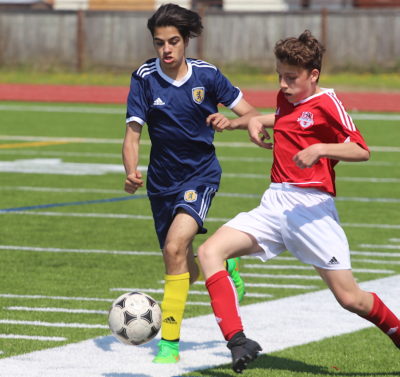 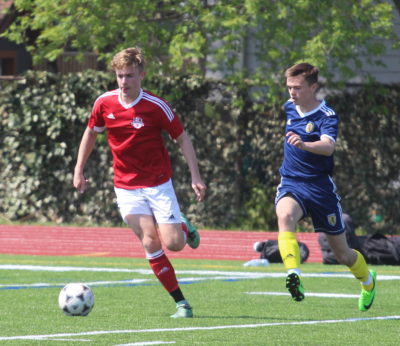 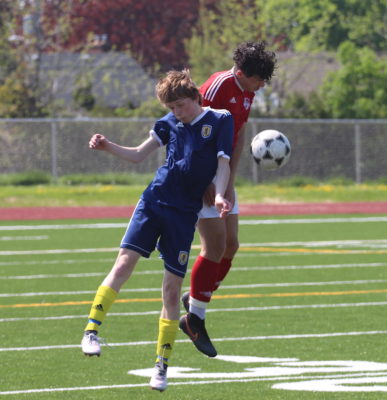 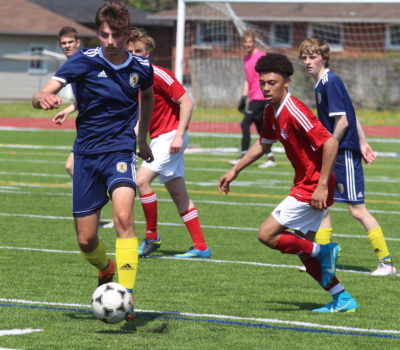 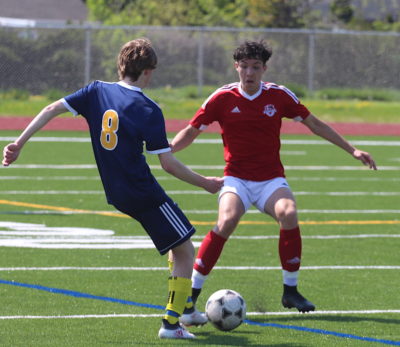 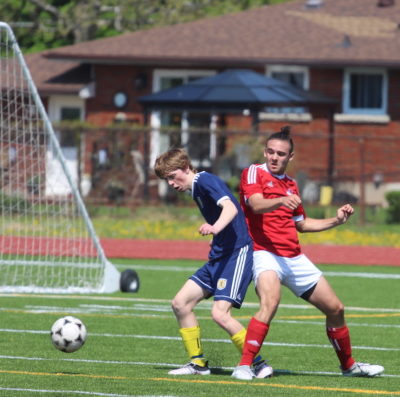 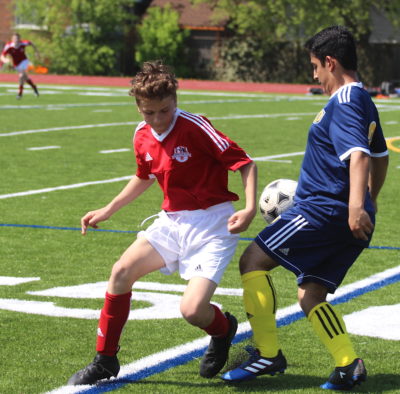 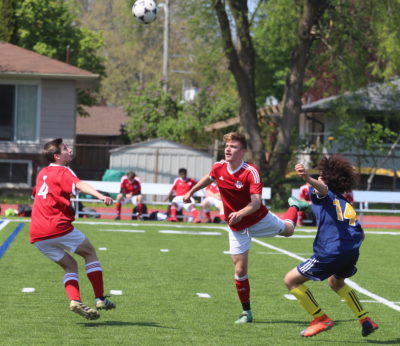