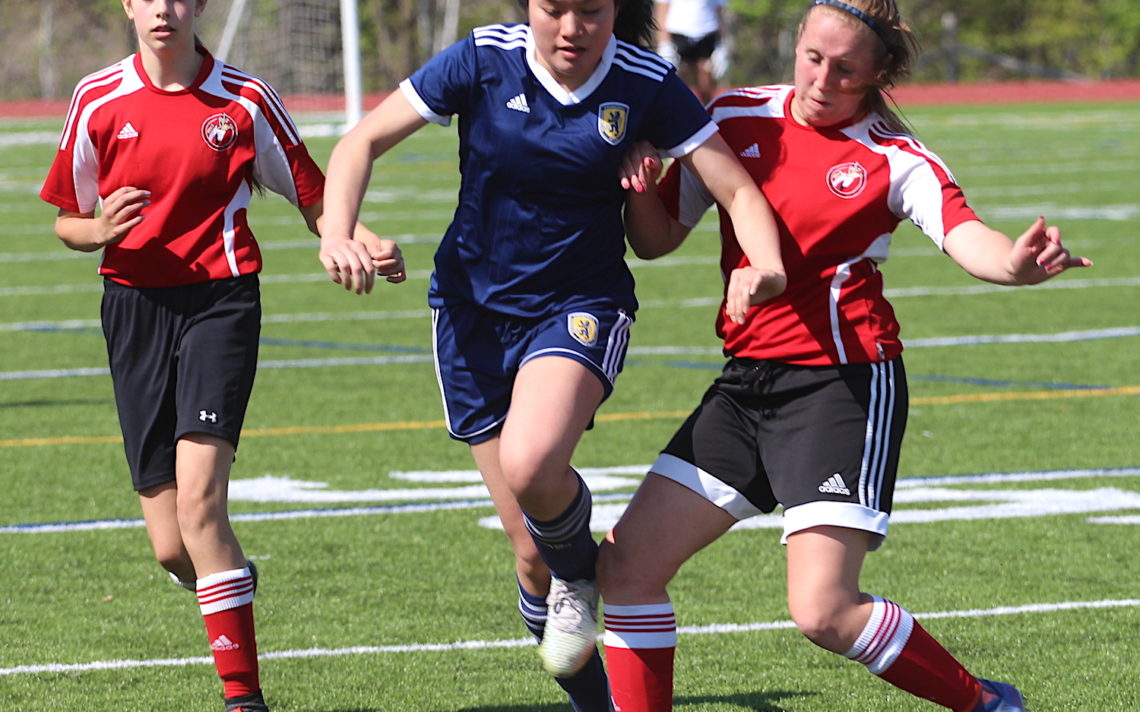 It has been a trying season for the Governor Simcoe Redcoats senior girls soccer team.

“It started right away,” co-coach Emily Day said. “In the first tournament, we had one girl go down with a knee injury and it just progressed from there.

“It felt like every game we were losing one player with some type of injury, which sucks.”

That trend continued Thursday when the Redcoats saw their season come to an end with a 4-0 loss to the Sir Winston Churchill Bulldogs in the Niagara Region High School Athletic Association Zone 4 AA semifinal match. 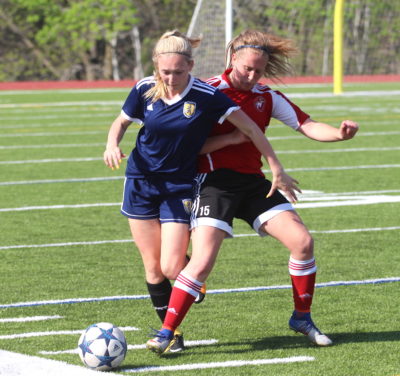 “We played pretty good considering the circumstances; starting with 11 and then getting injuries so that we were playing three players short,” co-coach Aaron Portalivo said. “I am proud of the girls.”

The two Redcoat coaches were pleased with how their team’s season went and the squad will only lose one or two players to graduation.

A key player for Governor Simcoe has been goalie Isabelle Newkirk. Against Sir Winston Churchill Thursday, she made six or seven spectacular saves to keep her team within striking distance for most of the game.

“Isabelle has been the MVP of our season and she has kept us in every single game this season,” Portalivo said.

Simcoe went 1-4-1 in regular season play and Newkirk allowed only six goals in those games.

“Every game she is making unbelievable saves,” Day said. 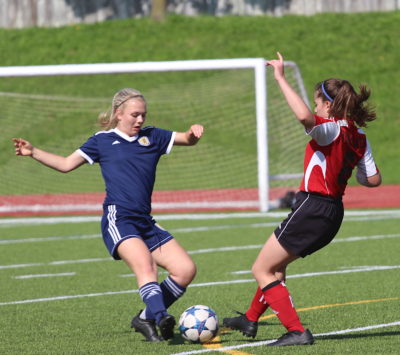 For Newkirk, Wednesday’s game was just another day at the office.

“For school soccer, generally I have been facing quite a few shots because we have been playing sometimes with a couple of players down and I probably faced even more shots in our game Tuesday against Grimsby.”

The starting keeper for the Grimsby under-17 squad in the Hamilton Multi-Jurisdictional Soccer League wouldn’t have it any other way.

“I like it and that’s what I train for,” the Grade 11 student said. “I look forward to making some good saves in games.

“I generally play better under pressure and that’s what I seem to find.”

She admits not all keepers might feel the same way.

“Some goalies might not like it as much having to make all those difficult saves, but I love it.”

She also loves playing soccer for her high school.

“It is very important,” she said. “It lets me learn some leadership because there are girls on the team who haven’t necessarily played as much soccer as me.

“And it’s great practice. It’s all about getting touches on the ball.” 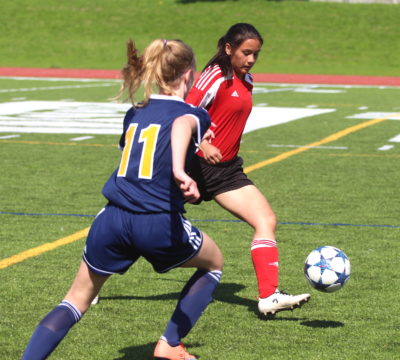 “I started doing a lot of training with goalie coach Mike Bekesi and I sort of took off,” Newkirk said.

She is interested in playing soccer at the post secondary level and has been doing a lot of research on what her future options might be.

“I haven’t decided what program I am looking at or at what university and I will see how that falls into place.”

She is going to continue training with Bekesi and the Brock women’s goalie, and then attend some recruitment camps.

Scoring for the Bulldogs were Juliana Moreno-Baez, Natalie Weber, Morgan Buchan and speedy Rachel Blanchard. Kaley DeMont recorded the shutout for Sir Winston Churchill, which remained unbeaten in Zone 4 play with the win following a 5-0-1 regular season. The Bulldogs will host Grimsby  3-0-3 in the zone final next Wednesday at 3:30 p.m. 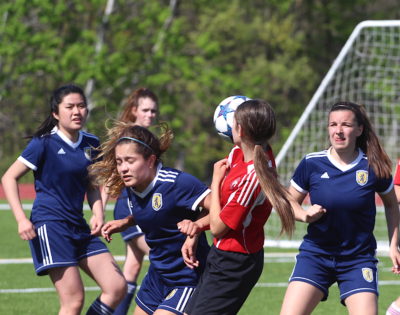 “The girls did really well,” Churchill head coach Steve Mouck said. “I think they came out better today. They attacked right away and scored an early goal.”

He felt his team smelled blood versus the short-staffed Redcoats and took advantage of their opportunities.

“The girls were intent to get through to next week and give Grimsby a better game than the last game.”

Grimsby and Churchill tied 1-1 on May 9, but Mouck felt Grimsby carried a good portion of the play.

He is happy his team gets to play the final on its home field.

“The girls are used to the pace on the ball and how much weight you have to give the passes and that’s definitely an advantage,” Mouck said. “But we haven’t had any fans. These later games are unfortunate.” 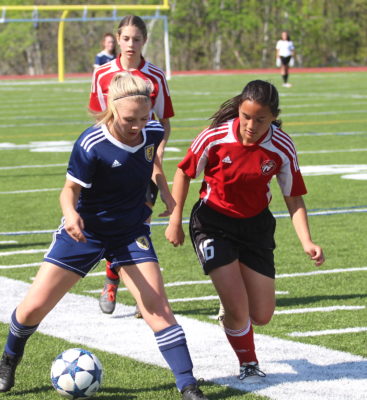 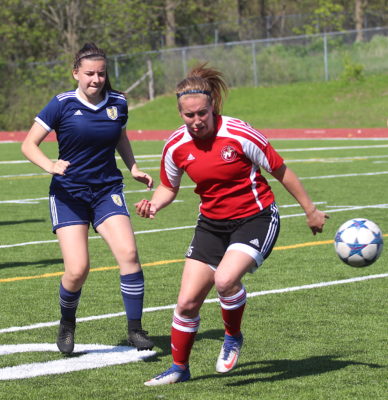 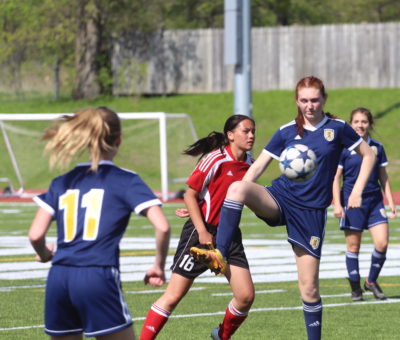 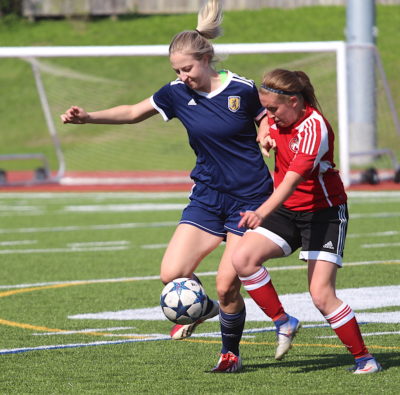