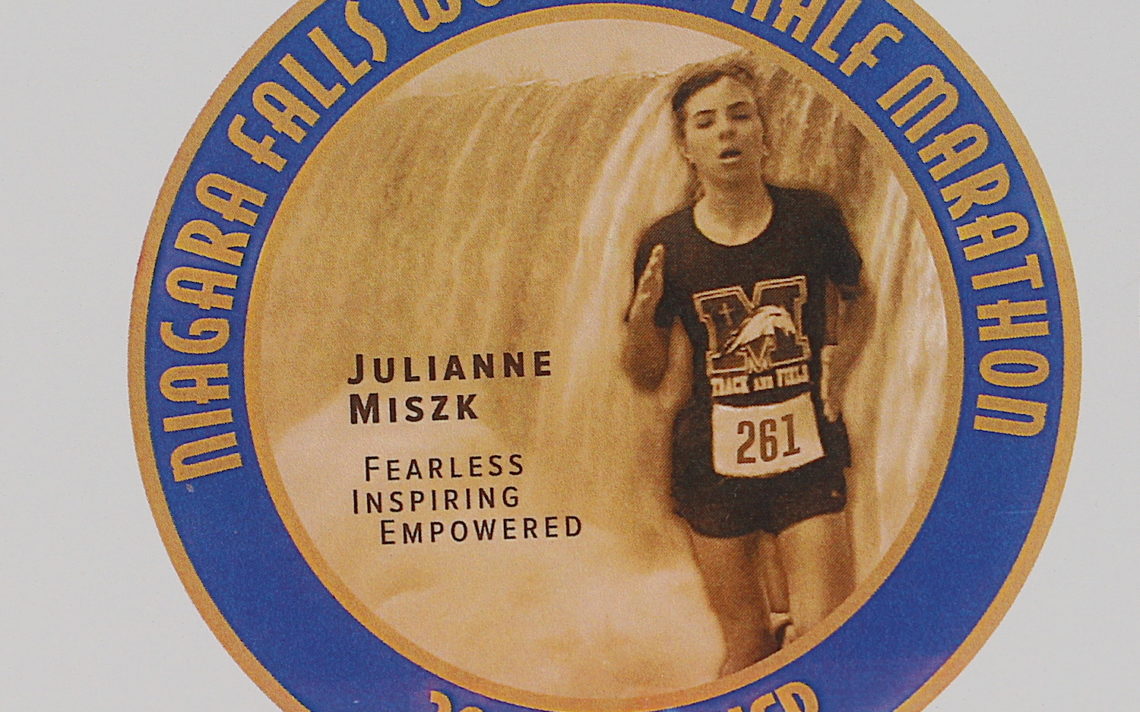 Every finisher in the Niagara Falls Half Marathon and 5K race receives a participant’s medal at the finish line.

Now in its seventh year, organizer Ross Robinson has used different images on the medals, including those of influential woman. Harriet Tubman, an American abolitionist and political activist who used the Underground Railroad to rescue countless slaves, was featured on the last two medals while Kathrine Switzer’s image appeared on the medal for the third annual event. Switzer was the first woman to run in the Boston Marathon and during the race a man tried to push her off the course and stop her from running. 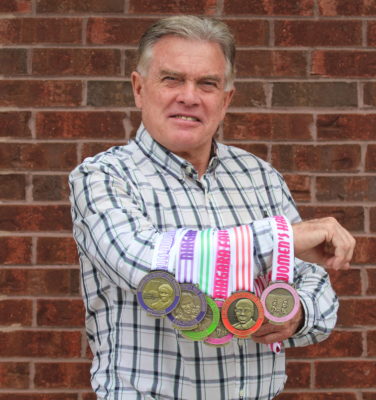 In keeping with that theme of inspiring women, Robinson has chosen an image of Julianne Miszk for this year’s medal.

Julianne, who this year was inducted into the Niagara Falls Sports Wall of Fame for her running exploits, has become an inspiration to many as she has overcome cancer and other disabilities to carve out an impressive athletic career.

“I had the concept last November but I approached (parents) Joe and Bernadette (Miszk) with it and asked them what they thought of the concept,” Robinson said.

Besides Julianne’s image are the medal are the words fearless, inspiring and empowered.

“It will be great because fearless is what Julianne is,” Robinson said. “She has had two big operations and the family’s slogan is ‘Cancer hates positivity.’

“It’s a great meaningful story to tell and we can help tell it by putting Julianne on the medal.”

Julianne and her sister Emily are running the five-k race and Bernadette is running the half-marathon. Joe will be there to help present the medals on Sunday. 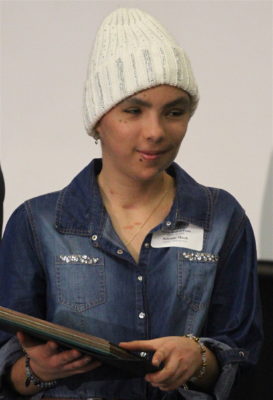 “Everyone that finishes gets a medal and that’s unusual,” Robinson said. “Our biggest thing is whether somewhat finished first, third, fifth, they get the same applause as someone who finished 915th.”

The event is meant to be fun.

“Our whole mantra is run or walk,” Robinson said.

By the end of April, more than 1,600 runners had registered for the event and Robinson expects to approach the 1,800-1900 range by race day.

The race course goes in two directions along the Niagara River Parkway and starts and finishes at the Upper Rapids Boulevard parking lot.

“The course is very well-thought out,” Robinson said. “It doesn’t go through downtown areas and there are very few intersections.

“It’s a neat and tidy race because they are not looking for shuttle busses to get there and back.”

It takes about 160 volunteers to run the event and money raised from the event. The race’s charitable partners are the Canadian Diabetes Association and Heartland Forest.