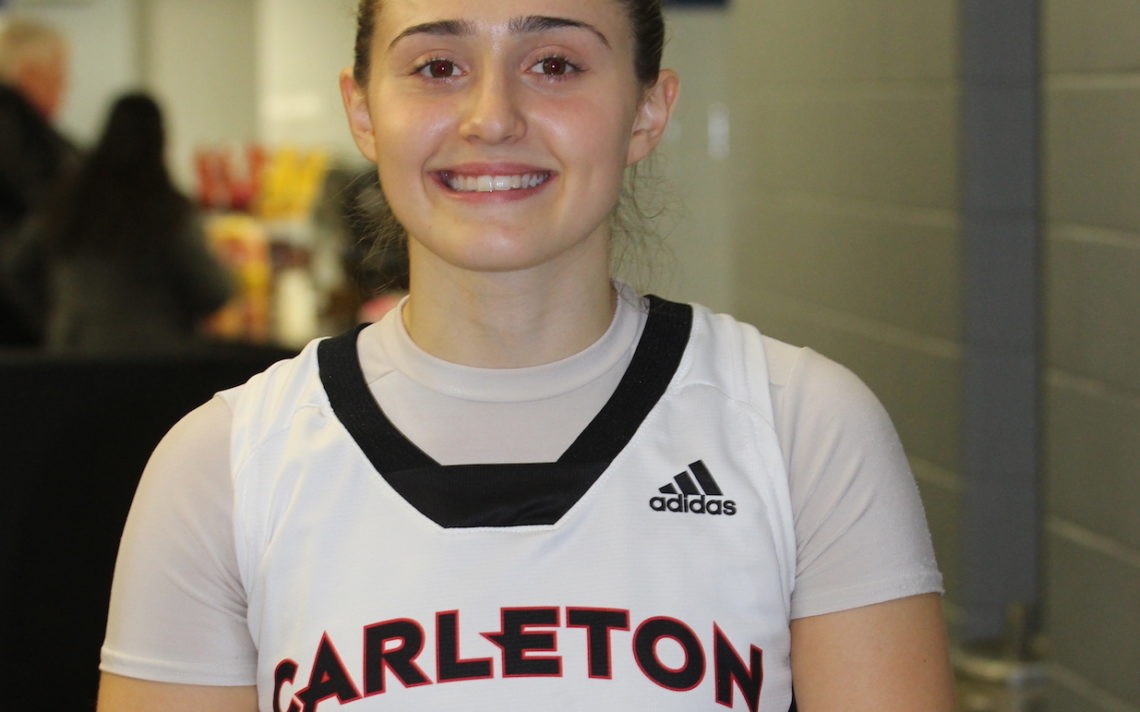 At least one Carleton Raven played in front of a home crowd when the Ottawa university battled the Brock University Badgers basketball teams last Saturday before more than 3,200 fans at the Meridian Centre.

The Holy Cross grad played two years ago when Carleton came to town and last season, the two teams played in Ottawa.

“The first time (in St. Catharines) I saw the floor a little bit but this time I got to play more and it was really special because a lot of my friends and family can’t come up to Ottawa,” the 20-year-old said.

Trivieri had plenty of support at the Meridian Centre.

“I had a whole section in the crowd and it definitely gets you up for the game,” she said. “They had signs and I could hear them and see them, including all my little cousins.”

This season with the Ravens, Trivieri is averaging 14.2 minutes a game of playing time and she is making the most of her minutes. She is averaging 6.5 points per game.

“You have to work with the time you have so and that’s how I feel when I get out there,” she said. “I want to make a contribution.”

Naturally that role requires leadership which she is learning how to do,” Carleton head coach Taffe Charles said.

He describes Trivieri as a competitor.

“I really appreciate how consistent she is as a person,” Taffe said. “She comes ready to compete each and every practice which is a big deal to me.”

Much has changed since Trivieri joined the Ravens.

“I’m a still a little nervous but first year was about understanding the offence and and just fitting in,” Trivieri said. “Now I have more leeway and a longer leash so I can make plays on my own.”

Taffe feels Trivieri is coming into her own in her third season.

“The game is starting to slow down in her head,” he said. “Her ability to make shots has improved greatly because her confidence level has grown.”

Trivieri believes she has made significant progress at Carleton as a basketball player and as a student/athlete.

“I have progressed a lot school-wise and basketball-wise,” she said. “Our team prides itself on school first and I’m in law so it’s very difficult.”

Time management is important to stay on top of her schooling.

“All of us do our homework on the bus and we had to do study hall in first year. In our second and third years, we are trusted that we can do it on our own.

“I am in five courses, a lot of girls are only taking four, and it’s extremely busy but it’s worth it.”

She’s hoping to get into law school and will be writing her LSATs (Law School Admission Test) at the end of this school year. Her mom is lawyer Roseanne Trivieri.

“She is in civil law and I am hoping to go that route as well,” Alex said.

Trivieri has high expectations for this year’s Carleton team.

“My first year we didn’t get to nationals and our second year we did. We finished third which was a huge accomplishment.”

She’s hoping to go to nationals again this year.