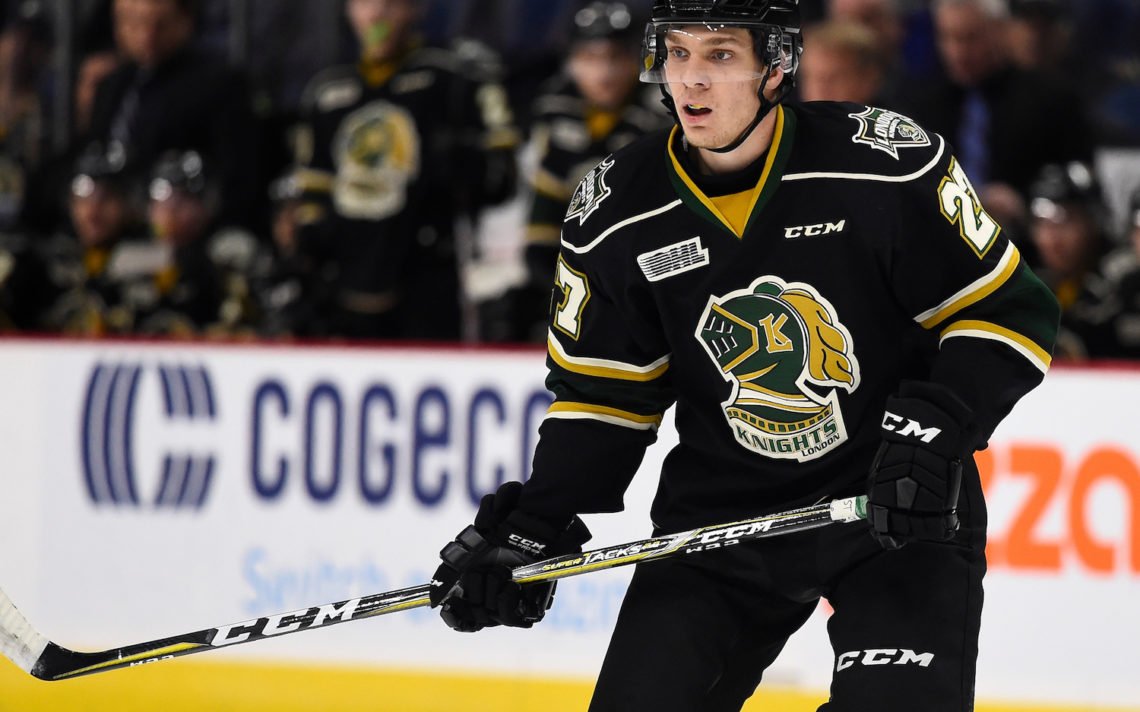 The London Knights play only one regular season game at the Meridian Centre every year so a visit by the perennial power house is normally a date many fans circle on their calendars.

But Niagara IceDogs coach Billy Burke doesn’t seem the least bit worked up that the 2016 Memorial Cup champions are the opposition.

The Knights got off to an uncharacteristically slow start but have won seven of their last 10 to climb over the .500 mark to 13-12-2.

“If you take the first 10 games away, their record is almost as good as anyone in the league,” Burke said. “They are a fast, dangerous, skilled team and we just have to be ready to limit their opportunities and frustrate them as much as possible.”

Burke said the coaching staff plan to watch some video of the Knights, who they haven’t seen yet this season. The IceDogs visit London Jan. 19.

“It’s not like we’re going to have a long meeting about what London does,” Burke said. “We probably won’t even show them any five-on-five (video) before the game because it’s about what we do right and doing it as fast and as clean as possible.

“It’s not change the world because the London Knights are coming to town.”

Following Thursday’s game, the IceDogs head to Kingston Friday and Ottawa Saturday. It is the third time this season the club has had three games in three nights and first time since the first two weeks of the season.

“It’s just one day at time,” Burke said. “You prepare for Thursday and see how that goes and then we’ll plan for Friday and then plan from there.”

Burke said the club planned for a light practice Wednesday and no morning skate Thursday to keep the players as fresh as possible.

“We always have a rough plan of how we want to see the weekend goes but even if it does go perfect, you find you have to change your plan a little bit. We have an idea of what we want to do but that could completely change come Friday morning.”

Defenceman Zach Shankar is back from suspension for Thursday’s game while winger Adrian Carbonara is eligible to return from his suspension Saturday.

The IceDogs are 6-3-0-1 in their last 10 and are 13-9-3-2 overall. They sit just two points behind the Barrie Colts for first place in the Central Division.