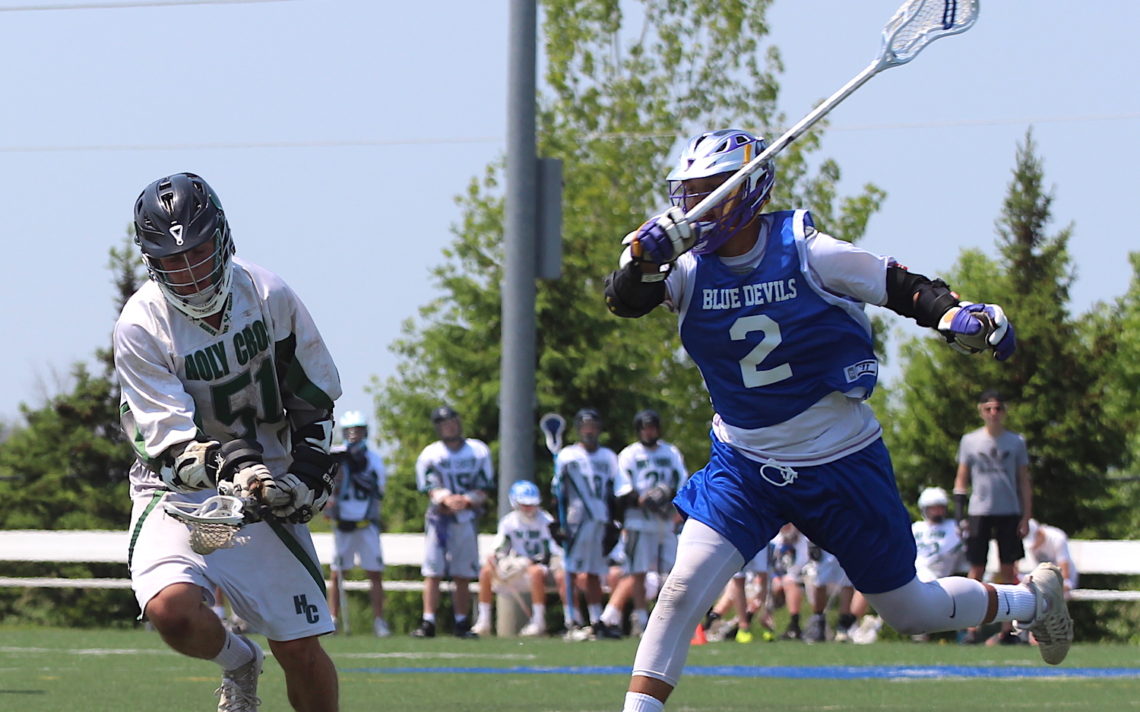 The Holy Cross Raiders dug themselves an early hole from which there was no escape.

The Raiders fell behind 5-0 after one quarter and dropped an 11-6 decision to the McKinnon Park Blue Devils at the Southern Ontario Secondary Schools Association AA boys field lacrosse championship Thursday at Kiwanis Field. 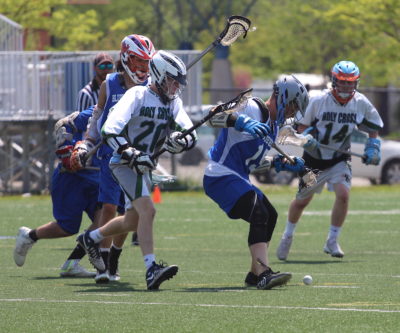 The Raiders still advance to the Ontario Federation of School Athletic Associations (OFSAA) championship in Ottawa. SOSSA was awarded two entries based on the past performance of their teams at the Ontario championships.

“You fall down 5-0 to a team and it’s tough to battle back,” Holy Cross co-coach Corey Quinn said. “I’m proud of the way our kids battled in the second half. If you take away that first quarter, it’s a tie game.”

The Raiders were down 7-0 late in the second before Aidan Buis finally got them on the board in the final minute of play.

The Raiders still had an entire half to try and make up the ground, but had a tough time against such a strong squad.

“You can’t give enough credit to McKinnon Park. They are always a top-two team for a reason,” Quinn said.  “Their coach said it was a rebuilding year, but a rebuilding year for them is different from for any other school.”

The Raiders advanced to the final with a win over the E.L. Crossley Cyclone earlier in the day, but Quinn dismissed the notion his charges were tired.

“They’re young so they shouldn’t be out of gas,” Quinn said. “I’ve played a lot of lacrosse growing up and you always play a little tight against a Six Nations team. We started a little tight and then we started to loosen up.” 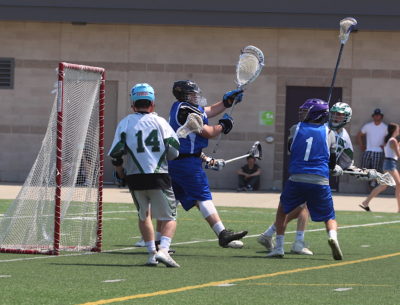 Quinn said he could sense the entire roster was nervous.

“It wasn’t just the veterans, it was Grade 9 and Grade 10 and 11’s as well who were dropping balls they weren’t dropping the previous games. If you give that team a mistake, they are going to capitalize nine out of 10 times and that’s what they did.”

The Raiders managed to turn things around in the second half and shaved the deficit down to four at 9-5 before the Blue Devils netted a pair of late goals.

“It would have been very easy for our guys to fold up tent,” Quinn said.

Buis paced the Raiders with three goals while Aaron Ward added two and Connor Watson one. 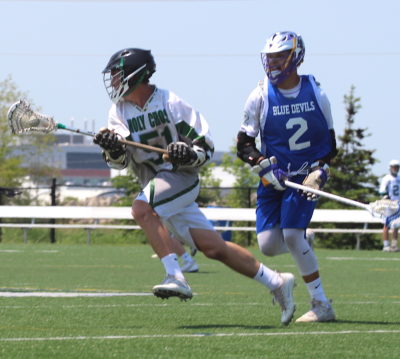 First names were not included on the scoresheet by Crossley.

Quinn said the Raiders jumped out to an early lead en route to the victory.

“It was the first time our kids took control of a game,” he said. “In a lot of our games, we’ve had opportunities and maybe shot 1-for-5 and let a team stick around if it’s 1-0 or 2-1. This time we started off 5-for-6 and that deflates a team early. It was very similar to what McKinnon Park did to us.”

In the other semifinal, McKinnon Park defeated the Sir Winston Churchill Bulldogs 9-5.