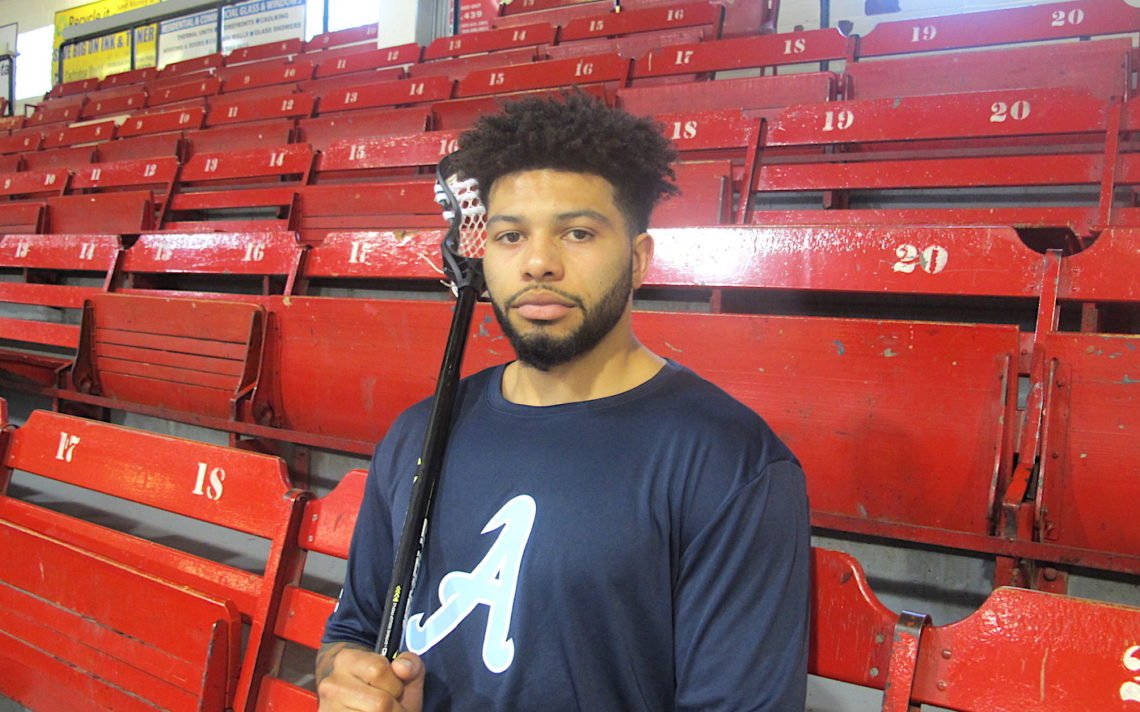 Harris a natural leader for A’s

Latrell Harris checked all the boxes when the St. Catharines Athletics went looking for their captain this season.

Not only is Harris one of the most dynamic players on the team, but he’s also a veteran of four seasons with the organization, is a local product, and has already played two years in the National Lacrosse Association with the Toronto Rock.

“It was really an honour,” Harris said when asked about being named captain. “I wore the C growing up with some of these guys. It’s nothing new but it’s a big role to take in junior A lacrosse.

“I’m the captain of a team that is going to be really good this season so it means a lot.”

Harris, a speedy, talented defender who can transition the ball well to the forwards or even score himself, takes the responsibility very seriously.

“The way you carry yourself definitely helps the way you play,” he said. “You have to come to the rink with the right mindset. It’s not like you’re playing midget or peewee. Junior A is another thing.”

Harris is well aware all eyes are on him as the captain.

“I just try to make sure everything is right in the room and (they’re) always on the positive mindset,” he said. “If I’m on my game on the floor and on the bench, then we’re going to be OK.”

A’s coach Steve Toll, the organization’s all-time leading scorer and one of the most respected and decorated players ever to play in the NLL, knows a thing or two about leadership and feels Harris has all the qualities necessary.

“I’ve played with different kind of captains, vocal leaders like Darris Kilgour and quiet leaders like a Jim Veltman, who just play hard,” Toll said. “Latrell is a little of both. He’s going to lead by example on and off the floor and that’s really what you’re looking for from him.”

Toll feels Harris already has the respect of his peers.

“When he talks in the dressing room, you can tell everyone gets it and those are big keys that you look for — when guys talk everyone has their eyes on him,” Toll said. “Realistically, when I need something done I’m going to through him to tell the boys. He has to have their attention that way and their respect. There are various ways to be a leader and we look to him to lead in almost every way.”

Harris, who was named to the 2017 NLL All-Rookie team, has learned from some of the best in Toronto. He mentioned Brodie Merrill, Sandy Chapman and Damon Edwards as mentors.

“They kind of took me under their wing and I was able to learn a lot from them,” Harris said. “I have the experience now so I just have to go out and show them and they will follow suit.”

Toll said he’s been in contact with the staff in Toronto who appreciate what Harris brings to the table.

“He’s gotten better every year. I’ve talked to their coaches and they love him,” Toll said. “When you’re there, it doesn’t mean you are going to stay there because there are guys who always want your spot. You have to continue to get better and I think he’s done that.”

Harris sees big things for the club this season after a disappointing finished last year.

“It’s different this year,” he said. “A lot of guys are in their third and fourth year so they know what to expect. I think last year really opened our eyes not making the playoffs. That really stung us.”

The Athletics dropped an 11-5 decision to the Kitchener-Waterloo Braves Wednesday night in their home opener to fall to 1-2 on the season. Kyler Kilgour had three goals in defeat. They are back in action next Wednesday versus Peterborough.