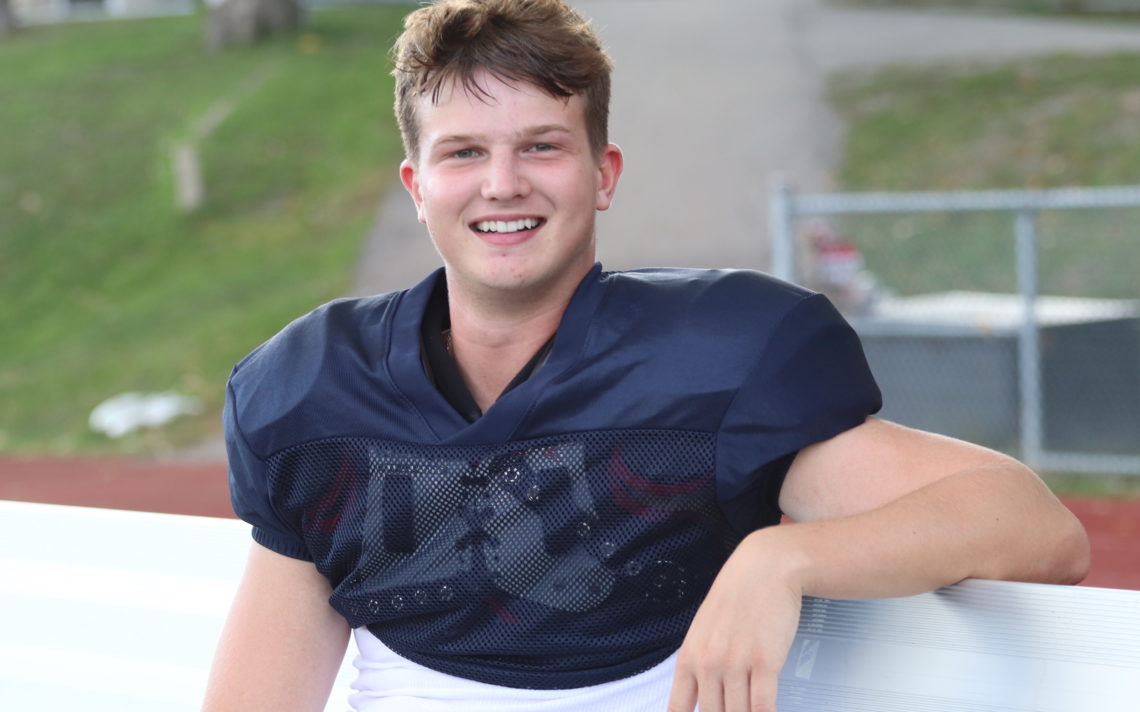 Quinn in at QB

With Ryan Cormier graduating, the Sir Winston Churchill senior football team had a big void to fill at the quarterback position.

“It was always in the back of everyone’s mind who the quarterback would be,” Churchill player Quinn Johnston said. “It was about late summer when I realized that if we didn’t have a quarterback, I would take on that role and I was going to compete for it at practice.”

The 17-year-old St. Catharines resident did just that and by the end of training camp, he had earned the starting position at QB over a number of other hopefuls.

Johnston was one of the best receivers in the Niagara Region High School Athletic Association league last season and was also no slouch at the linebacker position. He will be missed on defence.

“It was not an easy choice and I am not saying he won’t play defence. We may sneak him in in certain spots but having him at quarterback makes a lot of sense,” Churchill head coach Peter Perron said. “For him, it is his football IQ and he always come into camp in shape. He has a positive attitude and he tries to drive people to perform the way they should. He pulls them up with him.”

Perron is confident Johnston will be able to give opponents fits with his strong arm and legs.

“With the style of offence we have right now, he will be using his speed.”

Johnston is thrilled with the chance to play quarterback.

“It is a big change but it was something I pushed for and I am very excited to do it,” he said. “I think I am pretty skilled at wide receiver and I have learned a lot already. The most exciting thing about being quarterback is learning from Donnie Marshall who started at Western and is obviously a legend. I am learning something new every single day and practice.”

He is confident he can succeed at the role and believes being surrounded by excellent athletes will make it an easy transition.

“I want to learn from Mr. Marshall but it’s just staying committed, coming to practice every day and learning and putting in the effort every day to get better at quarterback and as a player.”

Johnston knows being a leader is key in the position.

“It’s building that football team family with the people around me. Obviously I love my school and the people I play with are my brothers. I am excited to be with my family and have a great season with them.”

Johnston played summer minor football on a Myer team and he is looking forward to competing against his summer teammates in the fall season.

“I love it because it makes the games more exciting. In my opinion, there is nothing better than playing against your friends. It is a great feeling and you are challenging each other.”

Churchill lost 22-13 to Myer in the NRHSAA Tier 1 championship game last season and Perron is expecting his squad to take another step forward this season.

“We are not backing off. We’re challenging.”

Speed is the word Perron uses to describe his squad.

“And we have a little more football sense from the previous year. We can get through things a lot quicker and they don’t make as many mistakes. Because they are experienced they know what they have to do.”

With the arrival of Jason Babony from Westlane, the Bulldogs will field junior and senior football teams this season. The school has 37 seniors and 35 juniors getting ready for the season.

“There’s pluses and minuses either way. You need to have the numbers,” Perron said. “I don’t love it because if we get a lot of injuries we don’t have a lot of backups.”

He will have plenty of help to take Churchill farther in the right direction.

“We are blessed that we have 11 coaches this year, including three inside coaches (Perron, Babony and Marshall).