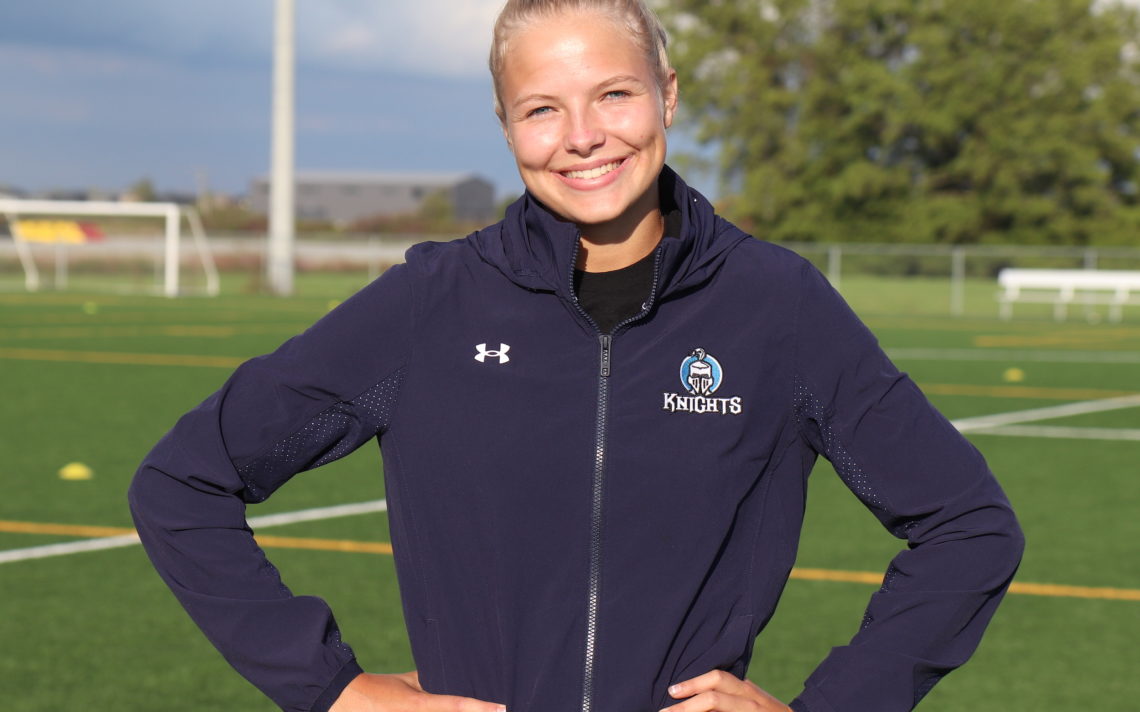 Another Hultink pitches in at Niagara

Tori Hultink is following in her older sister Terin’s footsteps at Niagara College.

Like her sibling, the 18-year-old Fenwick resident is a member of the school’s women’s soccer team.

“I didn’t want to go far away from home because I am not independent enough yet and I like the hands-on (approach) that Niagara has,” Tori said. “I always wanted to do early childhood education so I thought, ‘Why not come here?’ And my sister came here too and she really liked the environment. I always came to watch all her games and I loved it. I thought I would give it a try for my first year.”

Niagara head coach Rob Lalama said the two sisters are different players and it is hard to compare them now. But they do have similarities.

“I would say speed and if someone just showed up at a game, they would assume it is Terin. They are so similar in their appearance. They are both fast and she has a great shot. Terin had a great shot.”

Through her first three games with Niagara, Tori has a goal and two assists.

“She has lots of speed and size and I am very, very happy with her.” Lalama said. “I have noticed in the last two games she is starting to get real comfortable with the OCAA (Ontario Colleges Athletic Association) game. It has been a remarkable improvement. With every player, you wonder if they are going to be able to improve and her athleticism and her mindset allows her to do so.

“She was good against Lambton and Sheridan and it was like ‘Wow. It just clicked.’ ”

The Smithville Christian grad, who won an OFSAA (Ontario Federation of School Athletic Associations) silver medal in soccer and gold medal in basketball in her final year of high school, has been a lot happier with her play of late.

“It took me a while to click because I couldn’t get in the flow of it. It was definitely a different level, the tackles were harder and it was faster but I am getting there,” the 5-foot-11 striker said.

It was the second game of the season where things began to click.

“I started getting more confident against Sheridan and it was like ‘Tori just give it your all. Just go into every attack with everything you can.’ I was timid at first and then I think that is when it clicked.”

She also agreed there were a few nerves at the start of the season.

“I feel like I lost a lot of confidence. Coming out of high school, I think I controlled the field because it was single A. I came into this level and it was so different and I was learning so much. I got a little discouraged because I wasn’t doing as well as I wanted myself to be doing. That caused me some nerves but I got over it.”

She knows there are still facets of her game she needs to work on in order to perform even better at the OCAA level.

“I have to be confident in my decisions on the field. If I second-guess myself I will mess up. I have to make my own decisions,” she said. “Sometimes I have to listen to the seniors and pass it to them but I have to realize I am a good player myself, I have potential myself and I have to go for it.”

Yet to be determined is whether she tries out for the Niagara basketball team. Terin was also a strong player on the basketball court and in her final year was a Second Team OCAA All-Star and the West Division Defensive Player of the Year.

“I am still debating whether to or not but potentially. It is a big decision,” she said. “I played basketball until I was in Grade 4 and I stopped. Basketball is a super fun sport but it is more challenging for me. I am more natural at soccer.” 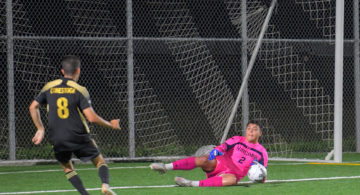