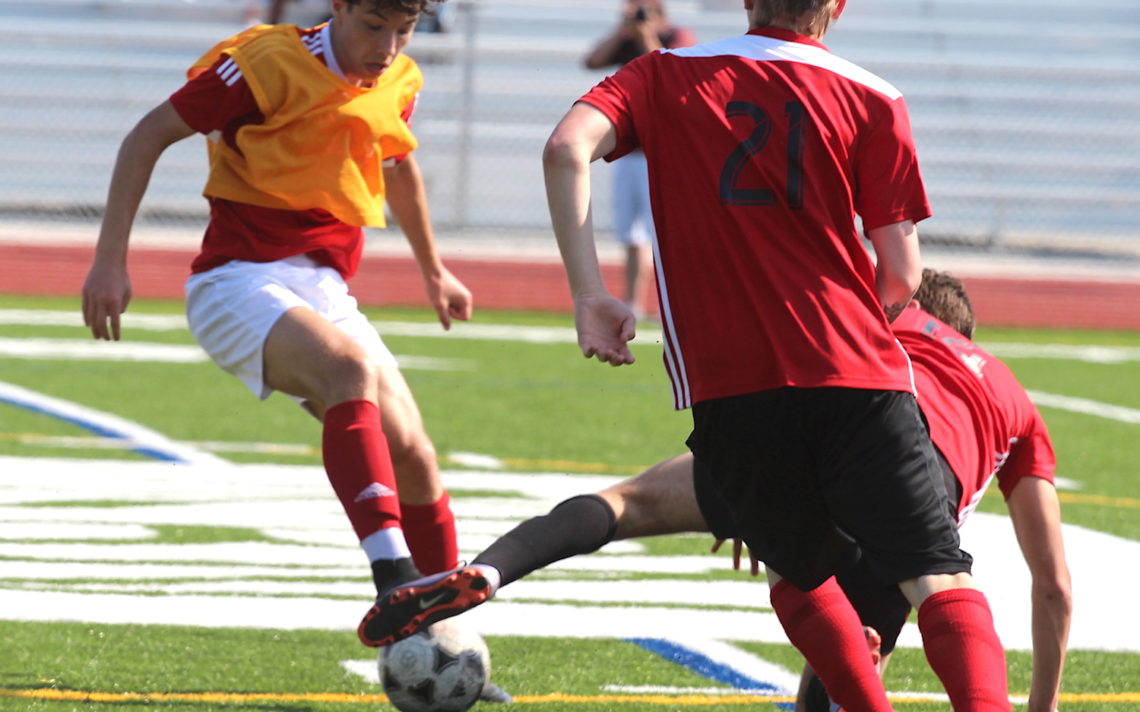 Pringle chips in where needed

Often when athletes speak of returning for a second year of Grade 12, they mention academics and the need to figure out what they want to do at the post secondary level. 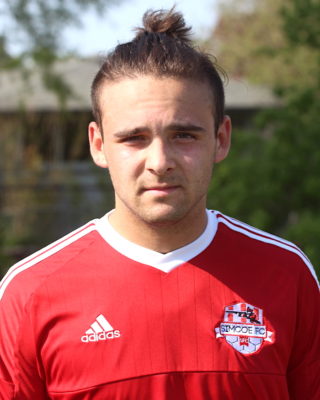 Governor Simcoe’s Nick Pringle didn’t give either of those explanations in discussing his Victory Lap.

“I like playing with all the guys that I don’t usually play with and it’s kind of fun.”

Simcoe head coach Brian MacDonald is delighted to have Pringle on his roster.

“He is a workhorse,” he said. “He likes to work hard up front and he does whatever he needs to do to help his team. He played midfield, he has played up front and he always backtracks to the ball.

“He’s a hard-working striker with a lot of talent.” 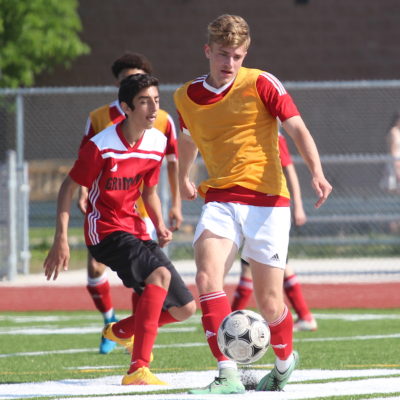 Pringle is also part of a senior leadership group that helped the Redcoats to a 4-0 record in NRHSAA Zone 4 league play.

“The seniors are helping the younger kids on the team a lot and it really helps out when they kind of become a little unselfish at times,” MacDonald said. “And throughout the year, their criticism was a lot more positive than negative.”

“We have a lot of juniors on our team and they are here for another four years,” he said. “We have to be patient with them because they are so young right now and small. 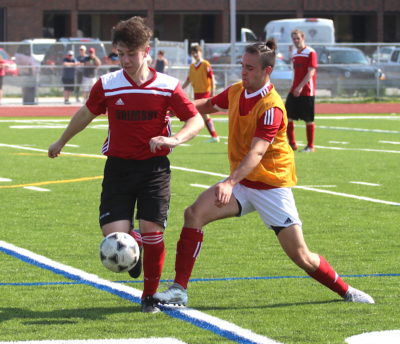 “They are really small compared to a lot of the other teams, but it will get better every year.”

Pringle has played soccer for five years at Simcoe and winning the NRHSAA Zone 4 title is the furthest he has ever got with his team. They also won the same title last season but lost the overall Zone 4 final to nemesis Holy Cross.

“Hopefully we can beat them this year because we have lost four straight years to them,” he said.

Beating Holy Cross is all the motivation the Redcoats need.

“All our friends play on that team too,” Pringle said.

When this season is done, he will be taking his soccer skills to Niagara College. 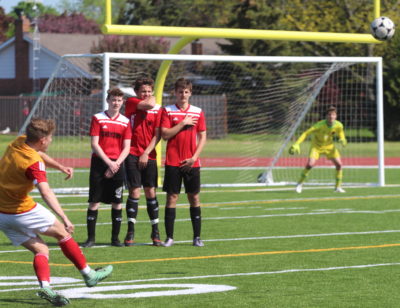 “I am looking forward to the competition and it will help with school too because I will have an academic and athletic advisor.”

He feels he is mostly ready to play soccer at the post secondary level, but he could always get better.

“I need to work on the cardio and get a little bit bigger,” he said.

He was supposed to play travel soccer this summer with a Niagara United under-21 team but that team folded and he is searching for another squad. 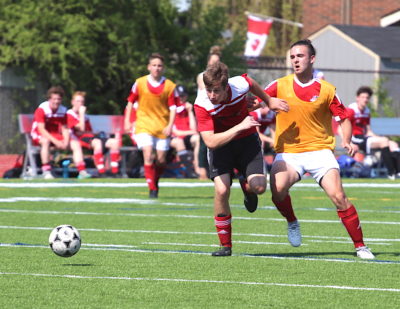 Zack Morningstar also scored for the Redcoats and Danny Lewis recorded the shutout.

“It was a tough game,” Grimsby coach Shelby Burattini said. “We battled them all season, including twice before in exhibition, and it has always been close.”

Burattini was more than pleased with the season her team enjoyed. 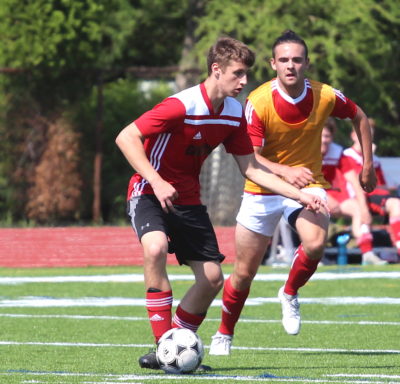 “This is the best season they had in the last four years and they’re the first team in four years to make it to the zone final,” she said. “It’s pretty impressive and we have a young team too.”

Familiarity eventually made the team successful.

“A lot of them play soccer outside school together and a lot of them are friends,” Burattini said. “It took a while — at the beginning of the season we had our first tournament and it was pretty rough — and now they work hard for each other.”

The Eagles will only lose a few players to graduation and expect to be strong next season.

“The young ones are really good,” she said.