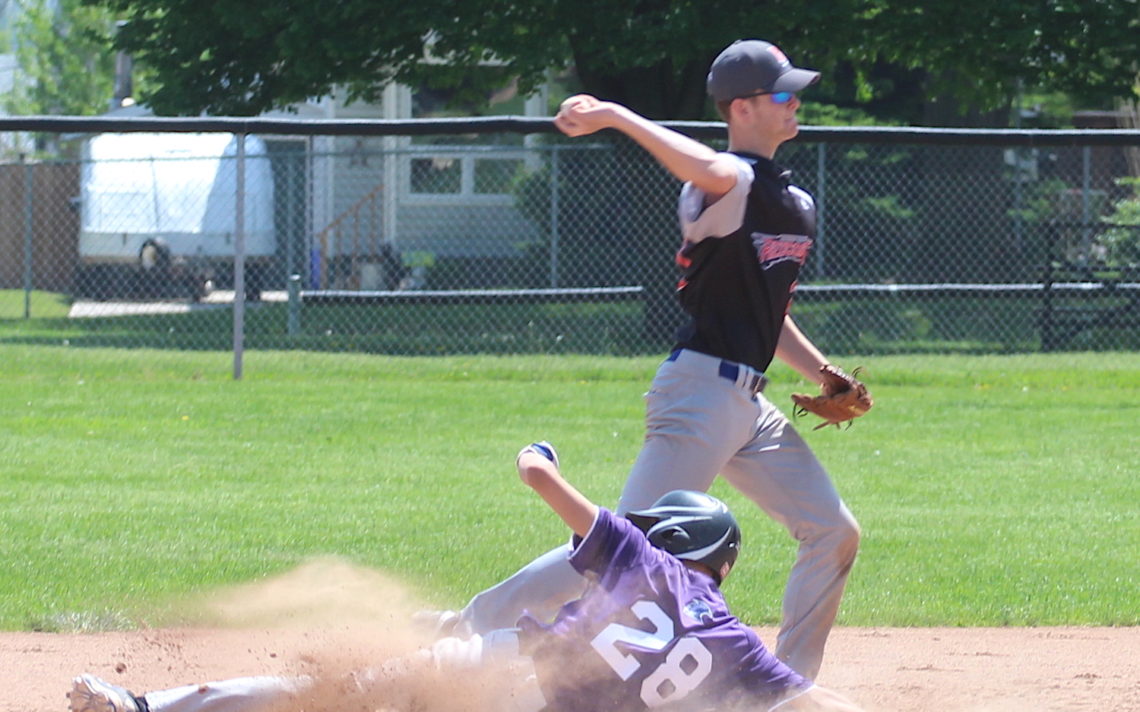 Ciaran Brophy is back home.

The 17-year-old, Grade 12 student missed a good chunk of the season with a shoulder injury, but has recently returned to the diamond.

Brophy, who also suits up for the Niagara Falls major midget Falcons, missed the first three high school games with the injury and then played first base when he did return.

“I semi-tore the tendon in my rotator cuff so I was out for two months,” he said. “I was cleared to play a month ago and I just got back.”

Brophy wasn’t sure how he injured himself.

“It might have been playing basketball in the winter,” he said. “It was tough, but that stuff happens in sports.”

Brophy was happy to come back and chip in right away.

“It felt great. To come back off an injury and have a game like that was fantastic.”

Simcoe manager Carey Spiece was glad to have his starting catcher back behind the plate.

“He broke out big time today,” Spiece said. “I don’t think he’s had a multi-hit game this year.

“It’s great to have him back there. (Luke) Evans is our other catcher and that allows us to move him around and it makes us stronger everywhere. It gives us a lot more flexibility.”

Spiece had an idea the Redcoats would have a good squad this season.

“We knew we had a good nucleus of young players that came up through the minor St. Catharines system, but it all comes down to what happens on the mound,” he said. “It depends who your pitchers are and they have been fantastic this year. It really all goes to them.”

Spiece feels a good showing this year can only help the program down the road.

“The more success you have, the more kids will want to be in the sport,” he said. “There are still some kids in the school in Grade 9 and 10 who haven’t tried out because they don’t know that much about it.

“We’ve had good success this year and we’re still young.”

The Redcoats broke open a close game — they were down 3-1 after three innings — with four runs in the fourth and then added 10 more over the final three innings.

“We were just getting warmed up,” Brophy said. “We have a lot of really great players but sometimes it takes us some time to get warmed up. They had a really good pitcher at the start so it took some time to get used to him.”

Alex Reynen picked up the win in relief of Evans with four shutout innings that saw him permit three hits while fanning three.

Cole Carpenter, Reynen’s former longtime teammate with the St. Catharines Cobras, started and took the loss despite pitching well over the first three innings before running out of gas.

“We’ve had so little success as a program that this was a successful season,” he said. “It’s bittersweet. Guys don’t want to hear that. They were upset about the loss but bigger picture we were playing to go to SOSSA and that is a positive accomplishment.

“The future is bright.”

Reynen added a single and double for the Redcoats while Dalton White and Will Jarrett added a pair of singles each. Robbie Stewart and Dylan McMahon also singled.

Carter Krawchuk had two singles and a pair of runs driven in for the Phoenix while Cam Wirt, Norbert Tannacs and Josh Gillespie also had hits. 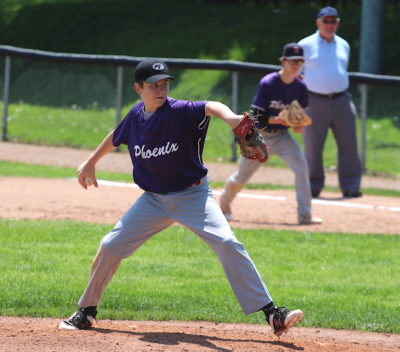 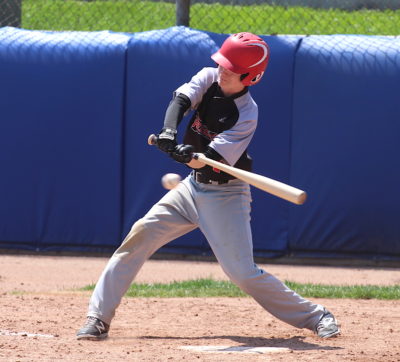 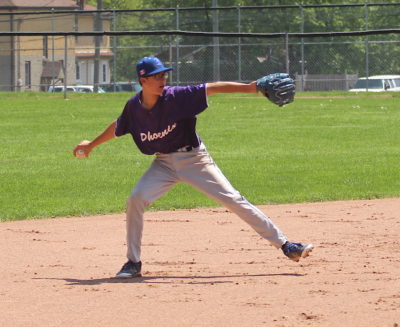 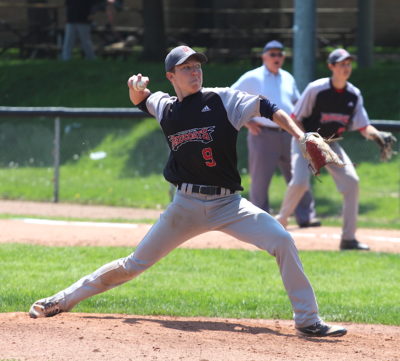