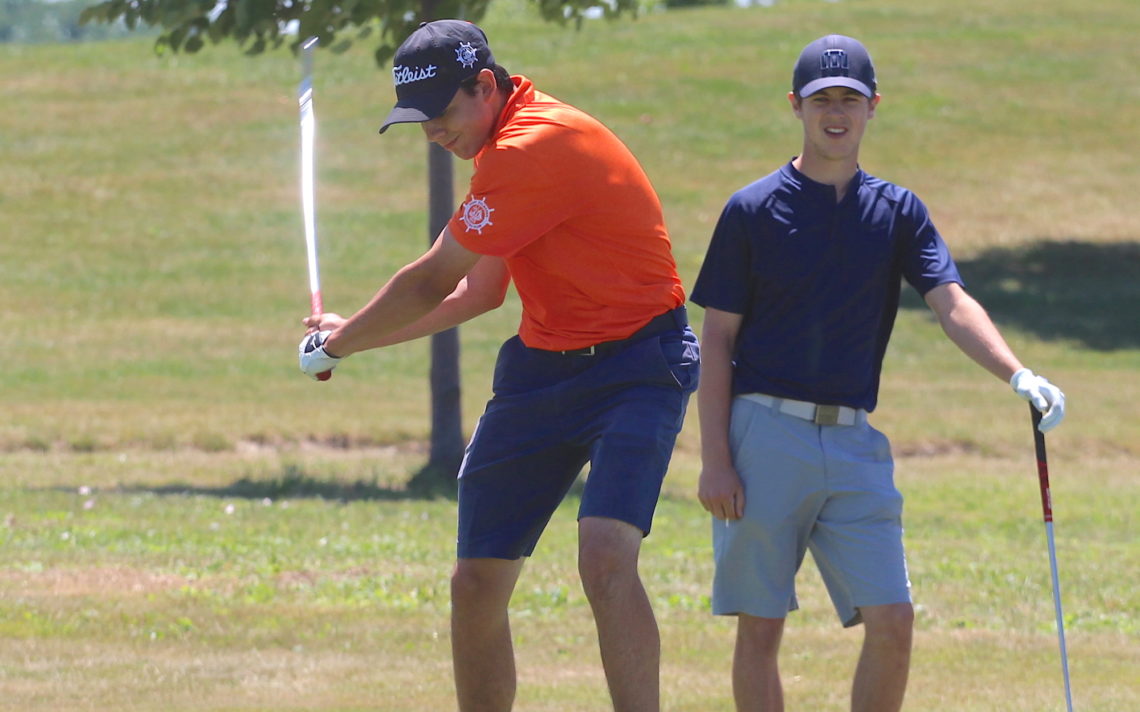 After firing a 77 Friday at Rockway Vineyards, Mathew Gibson was surprised his score was good enough to get him in a playoff at the opening stop of the Niagara District Junior Golf Tour.

The 18-year-old made the most of his berth in the under-19 division playoff by sticking his tee shot on the par three 18th hole to within four feet of the cup. Port Colborne native Andrew Scott, hit first in the playoff and dumped his shot in the water.

“Once I saw his ball go in the water, I was just trying to hit the green and make it simple,” Gibson said.

The four handicapper at Lookout Point missed the short birdie putt, but tapped in for par to record his first win in his four years on the tour. It was also the first time he had ever been in a playoff.

“It’s exciting,” Gibson said. “I was definitely surprised with the outcome, but overall I was happy with my performance.”

The Jordan resident wasn’t feeling many jitters heading into the playoff.

“I wasn’t too nervous,” said the recent graduate of Eden. “I know I’m a good golfer and I hit a good shot.”

His previous best result on the tour was a third-place result last season.

“My game has definitely progressed through the years thanks to John (White),” he said.

He has enjoyed his time on the tour.

“I love the people, I enjoy playing with them and I love playing golf. “

Gibson started his round with a pair of bogeys before eventually settling down.

“I just tried to play simple par golf,” he said.

With a season-opening win Friday at Rockway Vineyards, Emily White is well on her way to reaching her goals for this season on the Niagara District Junior Golf Tour.

“I’ve been practising a lot and I want to get more wins,” the recent Denis Morris grad said. “I didn’t do too well last year and there’s a lot of competition.”

The multi-sport athlete didn’t record a win on the tour last season, but her 77 Friday was good enough to record a six-stroke victory over Peyton Bennett

“I wasn’t hitting it too well off the tee, but my irons and my short game really helped me come back,” the 17-year-old said.

The only blemishes on her scorecard were a pair of double bogeys.

White is heading to Brock to study kinesiology and try out for the St. Catharines university’s golf team. Unlike some of her competitors on the junior tour, she had no interest in pursuing an American golf scholarship.

“I wasn’t looking at a scholarship because I was focusing on my studies,” she said. “School has always been important to me. It runs in the family.”

Going to Brock will also give her a chance to play for her father John White. He is the head coach of the golf team.

Next stop on the tour is Wednesday at Rolling Meadows.