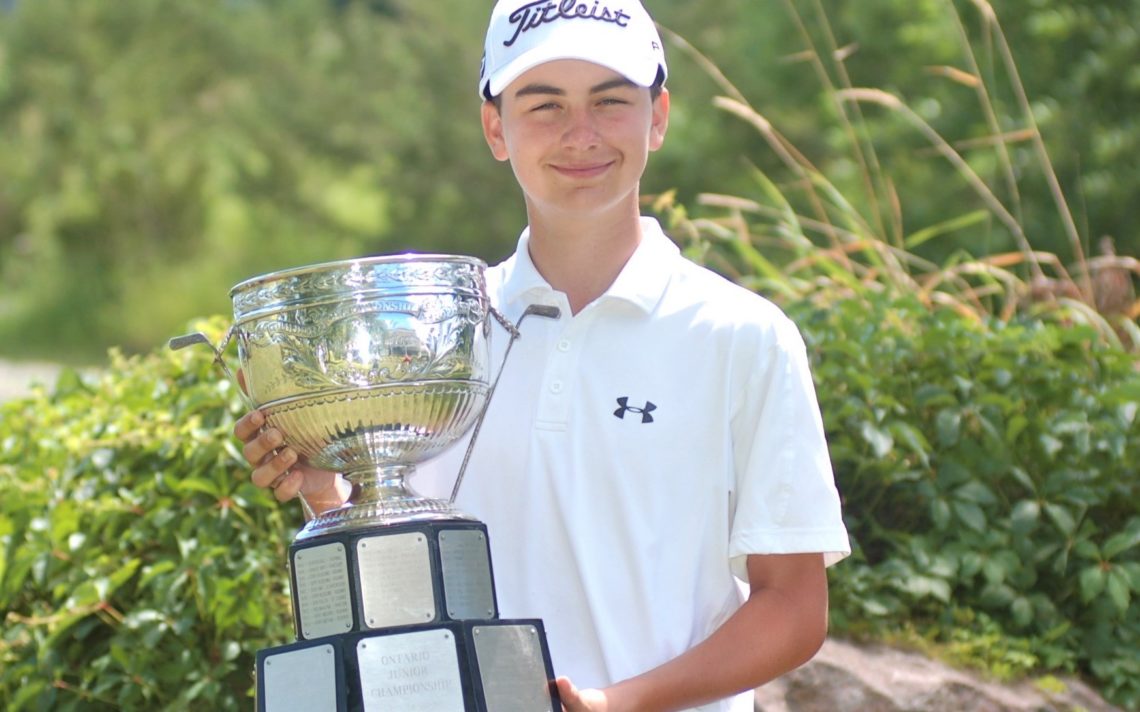 “My dad always used to go to the driving range and I sort of tagged along with him,” 15-year-old Nolan Piazza said.

“I would pick up my bag and he would hear the clubs clinking and he would be out the door before me with his driver,” he said. “He would go through three buckets of balls before I was even through half a bucket.”

Nolan is proficient in pretty much every sport he attempts.

“He’s a natural athlete,” Mark said. “He played hockey and he skated really well early, he played basketball well, and he was really good with a soccer ball.”

For the first few years, Nolan didn’t take golf too seriously while playing on the Niagara U.S. Kids Golf tour.

“I wasn’t working with anybody and I was going with the flow, but then I started taking lessons with John (White) and I started seeing some pretty big improvements.”

It was his lacklustre play on the U.S. Kids tour that motivated him to take golf to another level. 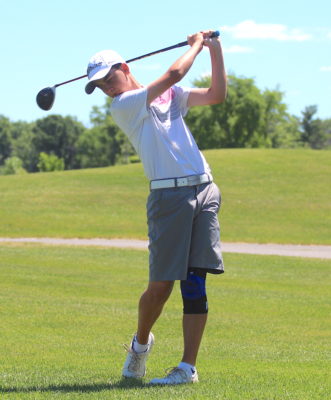 “I was getting beat pretty badly and I didn’t really like it,” the Grade 10 student at A.N.Myer Secondary School said. “I was getting beat by 10 or 15 shots by some of the boys and that’s why I really wanted to take it up a level.”

Nolan started taking lessons from White and his game took off. He won two overall points titles in the under-15 division on the Niagara District Junior Golf Association tour and placed second in 2017. He also placed 15th at the Ontario bantam (ages 13 and 14) championships in 2016 and 25th in 2017.

About two years ago, he started breaking 80 on a regular basis.

“Being able to play 10 events a year and practising for them is what really got me going,” he said.

Nolan headed into this week’s championship at the Loyalist Golf and Country Club in Bath with the lofty goal of making the 36-hole cut; no small feat from someone who turned 15 on Tuesday and was competing against players as old as 18.

“There were 156 boys playing and only the top 60 make the cut so I was just trying to make it and see what happened from there.”

He opened with rounds of 73 and 69 and sat in fourth place after two days of competition. At that point, he started to aim much higher.

“I was hoping that I could sneak into the top five again.”

He was seven shots off the lead at the start of the third round, but the leader blew up and Nolan carded a third-round 69 to grab a one-shot advantage heading into the final round.

Surprisingly, Nolan had no problems sleeping Thursday night at a Kingston hotel.

“I knew there was a lot of good players behind me and the leaderboard was so bunched,” he said. “I didn’t really think I could win until yesterday (Friday) afternoon.”

On the second hole, his lead increased to three strokes and then he headed into the final nine holes up by four strokes.

“That’s when I really thought that this was going to be my tournament to win.”

Nolan hit awful drives on the 16th and 17th holes, but was able to scramble and retain his four-stroke lead heading into the final hole.

“After I pulled it (the final putt) out of the cup, just seeng everyone clapping was a lot of fun,” he said. “I don’t think all of it has sunk in yet, but I know what I have accomplished at such a young age and it feels really good right now.”

Mark admitted he was way more nervous than his son.

“He was calm, cool and collected,” he said. “He put that club in his hand and he knew exactly what to do with it, but my heart was in my throat all day as I walked from hole to hole.”

Nolan’s goals for the rest of the summer are to keep playing well.

“I am going to try and keep moving forward from what happened this week,” he said. “Coming off of this week, I have a lot of confidence and I am still looking for more. If I could get one or two more wins in, that would be amazing.”

To prepare for his upcoming tournaments, Nolan plans to be either playing or practising every day at Grand Niagara.

“I love the competition and I am always working towards winning bigger and better events,” he said.

Winning an Ontario junior title fits into that category and the victory gave his golfing resume a tremendous upgrade.

“Adding this one to the win column, especially at this calibre of a tournament, will open up a lot more doors,” he said. “To be the winner of this at 15, against 16-, 17- and 18-year-olds who are already committed to Division 1 universities, it makes me feel that I could be there someday as well.”

Meanwhile at the Ontario women’s amateur and mid-amateur played this week at the Seguin Valley Golf Club in Parry Sound, St. Catharines Golf and Country Club member Sukriti Harjai finished in 17th spot at 13 over par following rounds of 83, 80, 79 and 84.