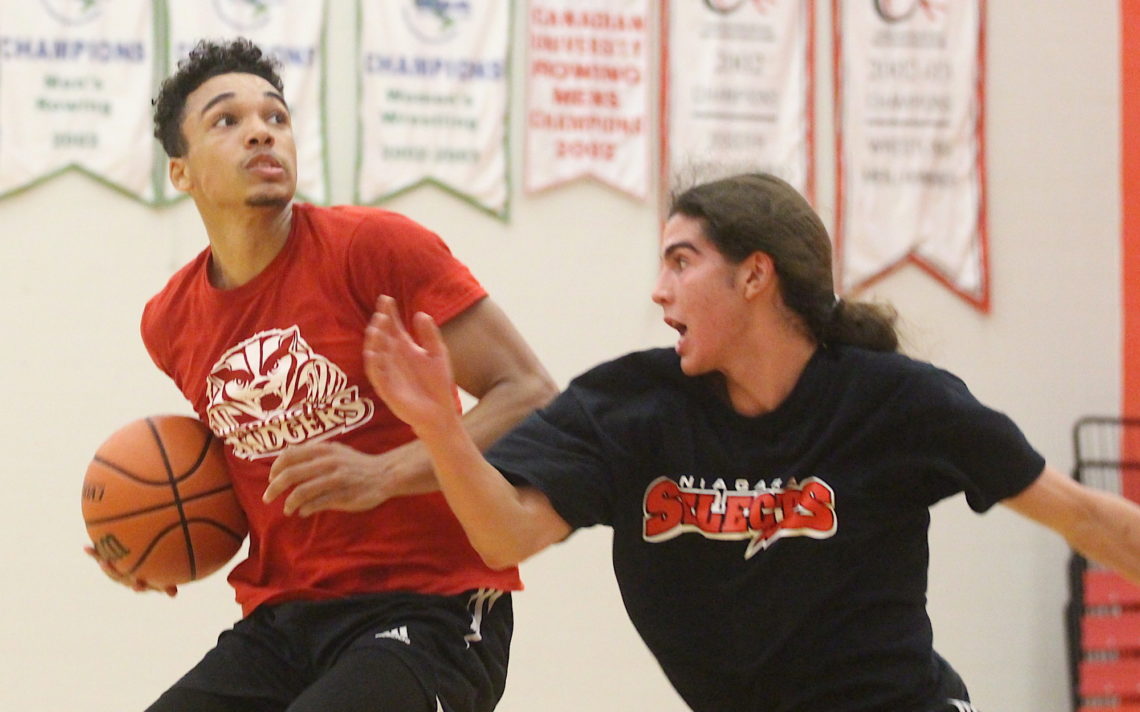 “I listened to other schools a little bit, but in the end, I knew Brock was the right choice for me, school-wise and on the basketball court,” the 19-year-old St. Catharines resident said. 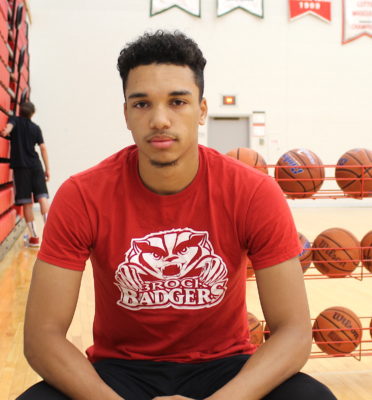 “In St. Catharines, it seems like it’s a hockey town and everyone is excited about hockey and lacrosse, but when I came to Brock games, there were so many fans excited to watch and that’s because of what [head coach) Charles Kissi and all the guys have done over the past several years.

“I knew it was a great program and its cool to see fans in St. Catharines so excited to watch basketball.”

The 6-foot-3 player knows he has lots of work ahead of him if he is hoping to see playing time on a team that appeared at this year’s national championships and has been a top 10 squad in Canada for the last couple of seasons. 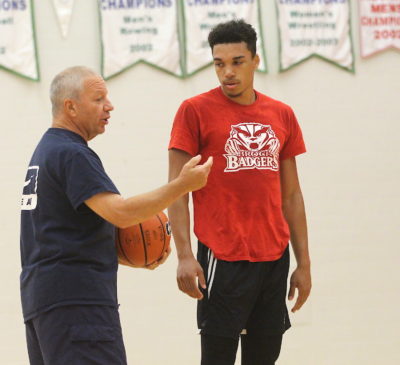 “It’s definitely going to be challenging, but the coaches and I are on the same page on where I need to improve,” he said. “I am just going to keep working hard, keep my head up and try and improve, and find a role on the team.”

“It doesn’t stop with just making the team. I hope to help this team eventually win a championship.”

Winning a national title at Brock would be a dream come true for MacLennan.

“It would really exciting to do that in my hometown with a lot of people watching.”

He’s not expecting to be handed anything at Brock and knows he has a lot of work ahead.

“It will be adjusting to the university atmosphere and style of play and improving my game so I can fit in with the team.”

The three-year senior at St. Francis is into his third week of summer workouts with other members of the Brock squad, including Ontario University Athletics all-star Cassidy Ryan He has born working hard to get up to speed with the pace and the size and strength of all his teammates. 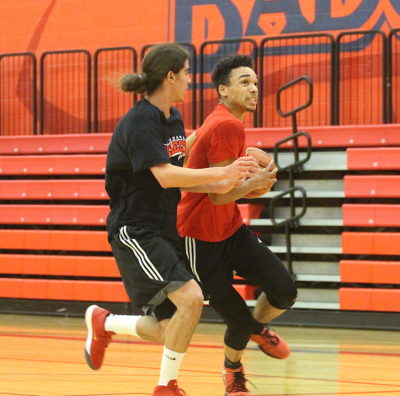 “It is definitely a big adjustment because everyone is a lot stronger and faster than in high school where I was one of the strongest and fastest guys.”

Brock assistant coach Mike Rao was running the workout Monday and likes what he has seen from MacLennan.

“He’s a big, strong kid and he had a lot of success at St. Francis,” he said. “He is fitting in here, he is working hard on his game and he is putting in the time and effort to be able to play at the CIS (USports) level.”

Kissi too has liked what he has seen so far.

“Tyrell will very quickly become one or our hardest-working players,” he said. “So far in workouts, he has been really growing as a player.

“He is a great character student who will add great value to our program.”

“Everyone involved with the St. Francis basketball program and school community is so proud and happy for Tyrell,” he said. “He is a model student-athlete who was accepted into the Goodman School of Business and is now competing for a spot with one of the top USports basketball programs.”

“He will have to adjust from being a player who could impose his will physically on the floor as a larger, stronger player in the region to being a somewhat smaller player at the next level,” he said. “He has been working hard all year to develop his dribbling, shooting and athleticism for this opportunity.”

MacLennan and his sister Kalle were raised by a single mom, Alison MacLennan, who passed away on March 19 at the age of 56. She continues to inspire Tyrell on a daily basis.

“Trying to compete every day at this level is challenging, but I think of her and how strong she was,” he said. “I try to use that as my strength and I am continuing to try and make her proud.”

In addition to training at Brock this summer, he works out at the YMCA and is employed at the Lakehouse Restaurant as a food runner.”