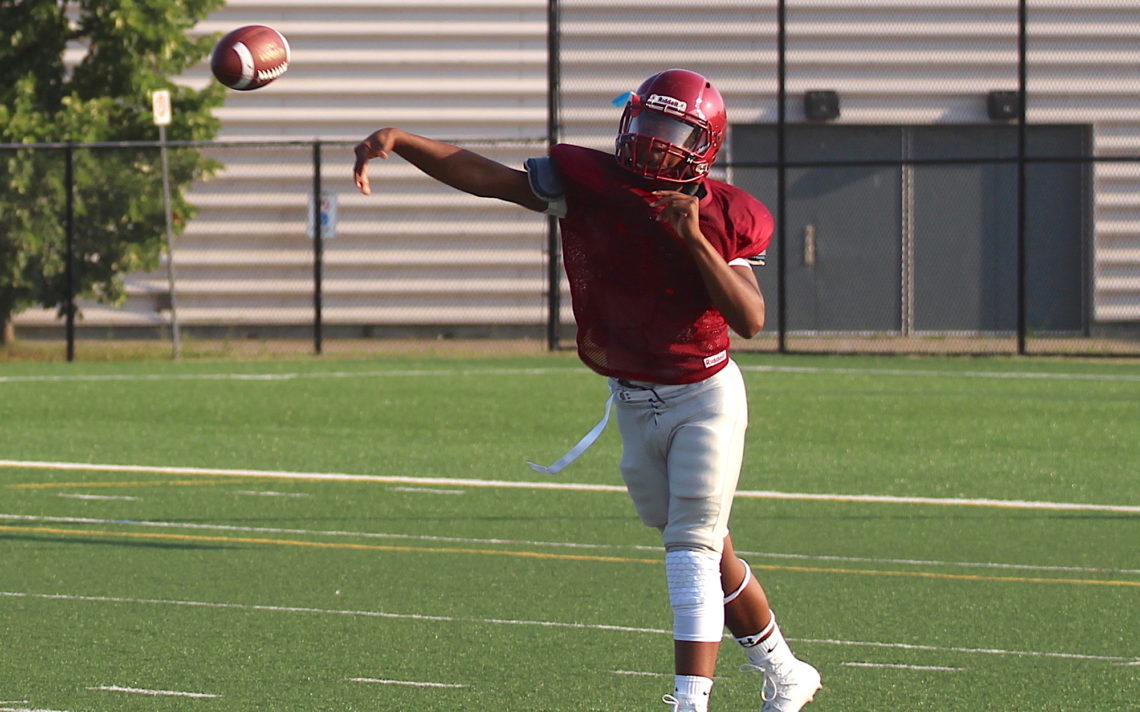 Bantam Spears off to Western final

One season removed from an 0-8 record, the Niagara Spears bantam football team will travel to Essex this weekend to compete in the Ontario Provincial Football League Western final.

“We started out with two weeks to put a team together and within two weeks, we had a 30-man roster,” head coach Bill Crawford said. “We are now down to 25 players and we’ve started to come together.

“We haven’t played our best game yet.” 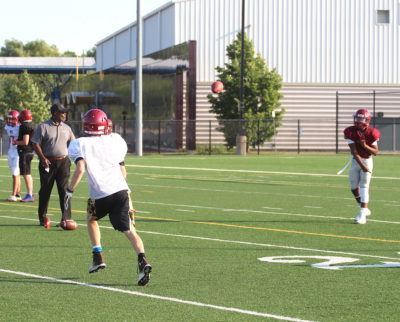 Last weekend, the Spears defeated the London Junior Mustangs 17-0 in the first round of the playoffs.

“Our defence has got it and we just need to get our offence caught up a bit,” Crawford said. “We potentially have four No. 1 receivers and when our offence is there, we are explosive.

“Other teams may have two kids they can throw to and we go as deep as six.”

Niagara beat Essex 15-14 in overtime at the start of the season with three key starters not playing in the game and the Spears losing a few other players to injury in the first half.

‘We match up fairly well against them,” Crawford said. “We are always confident going in, but the game is at 12 o’clock and we leave here at 5:30 in the morning.”

Niagara and Essex originally tied in regular-season play with 5-3 records and Niagara would have hosted the game. But when the OPFL suspended the Cambridge team, an Essex loss to Cambridge was changed to a win. Niagara beat Cambridge during the season so its record didn’t change.

Niagara has a ton of players who will play key roles in Saturday’s game.

The offensive and defensive lines are led by Braydon Snider and Noah Chase.

“Those two anchor down our lines for the most part,” Crawford said.

The linebacking corps is lead by: Nick Ciriello, Niagara’s leading tackler; and, Elijah Pappin, second on the team in tackles and the team’s leader in sacks.

At the safety position, Adrian D’Gyves tops Niagara in interceptions. Oran Best, who didn’t see the field last season, has been a starter at cornerback and has also chipped in with some interceptions.

“Most teams don’t even try and throw it at him because of his length,” Crawford said. “He has played really well.”

Eugene Park is a great cover guy for the Spears and also plays in the offensive background.

Offensively, the Spears attack is powered by quarterback Marshall McCray. In five games worth of stats posted on the OPFL website, McCray passed for almost 800 yards and seven touchdowns and led the squad with 402 rushing yards and another seven majors.

“He does different things that most kids his age don’t do,” he said. “He can read a defence and we don’t have to tell him who to throw to.”

Among the key running backs are: Jacob Tessier, who joined the team after the second game of the season, and averaged 11 yards per carry; and, Ciriello.

Crawford credits his coaching staff for making it all come together.

“There’s not much more I could say about them other than I couldn’t have done it without them,” Crawford said. “There no doubt about it.”