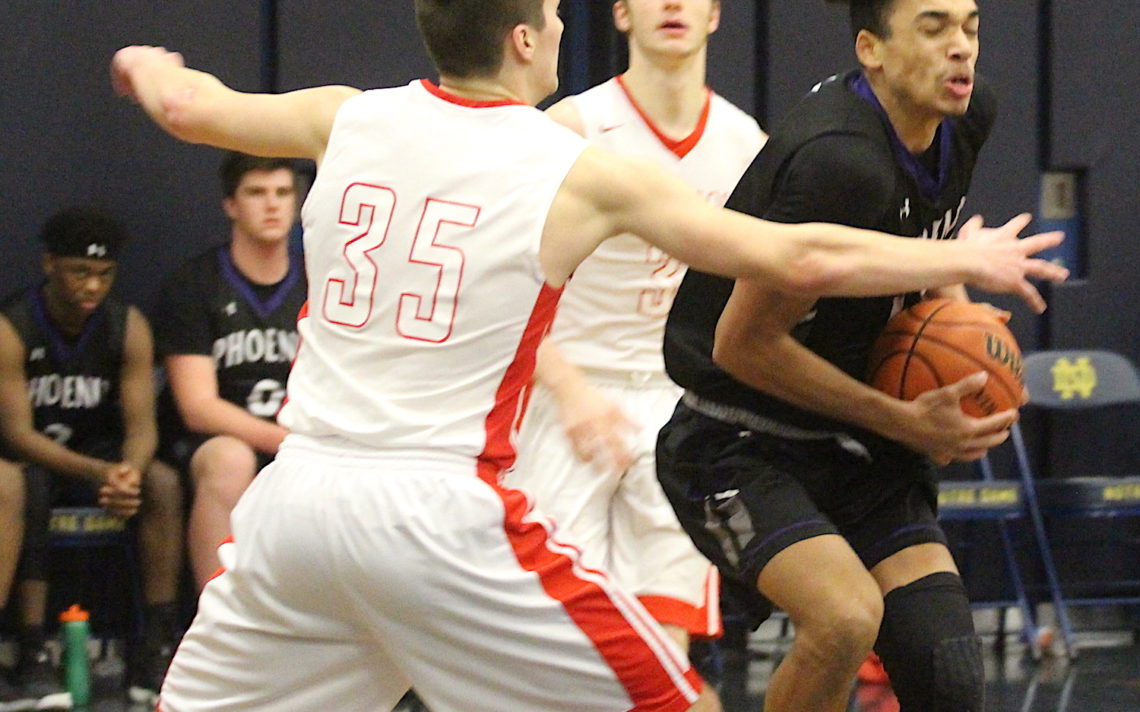 With his team fighting for its life Friday night in the 43rd All-Ontario Catholic Classic Basketball Tournament, Tyrell MacLennan wasn’t going to be denied.

He attacked the net with reckless abandon, but in the end it wasn’t enough as the St. Francis Phoenix fell 76-70 to the Cardinal Newman Cardinals in the championship quarter-finals. 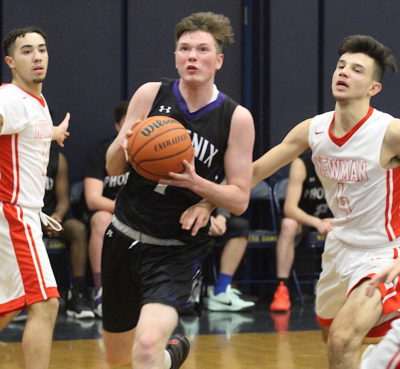 “I was trying to do whatever it took.”

The 18-year-old finished with a team-high 18 points in the loss.

“He is a dynamic player and he has been doing that all year long,” Phoenix head coach Jon Marcheterre said. “He’s really a tough player to shut down and when he is determined to get to the rim, he is bringing a lot of speed and a lot of strength.”

The 6-foot-3 player is winding down his fifth year of basketball at St. Francis, but he’s trying not to think about the end of his Phoenix career. 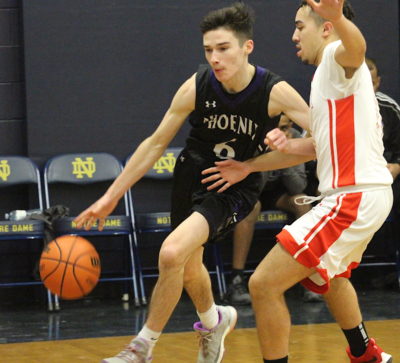 “I am taking it one game at a time, but it is disappointing that it is coming to an end,” he said. “I am glad that I had a great five years at the school and I’m looking forward to taking my next steps.”

Those next steps will come this fall with Charles Kissi and the second-ranked Brock University men’s basketball team.

“Hopefully, everything will go well there,” he said.

MacLennan knows he will have to work hard to find minutes on Brock’s talent-laden roster.

“I have been working very hard and I plan to keep on working hard and doing the things I can at practice and outside of practice.”

He has focused on improving all areas of his game this season.

“I am trying to play from the outside a bit more and make the game seem slower to me. I am trying to do all the things I can, drive and kick, working on my shot and ball handling.” 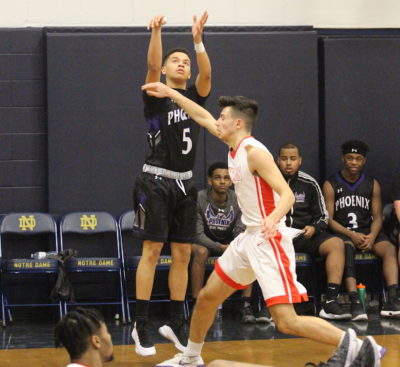 “He is the first guy in the gym and the last guy to leave every day,” he said. “Everything he has brought out of himself, he has done with hard work.”

The Phoenix worked hard against Cardinal Newman but came up a little short.

“It is disappointing in the moment, but there were a lot of positives from this tournament,” Marcheterre said.

The Phoenix came out flying and caught Cardinal Newman off guard but the Cardinals wouldn’t go away.

“We needed to find that extra stop and that extra make at the end,” Marcheterre said. “They are the No. 2 ranked team in the tournament and one of the best teams in Hamilton.

“That’s the kind of team we need to play if we want to end up where we want to go.”

MacLennan also expressed his disappointment with the loss.

“All the coaches and all the other teams around didn’t think we had a chance against this team, but we were right there with them in the second (half),” he said. “We stuck around with them the whole game, battled to the end and the outcome isn’t what we wanted.

“I am still proud of my guys and we have to learn from this and do better next time.”

Nick Rakas poured in 40 points to lead the Cardinals, including 11 threes. Frank Stipancic added 11 for the winners.

St. Francis advanced to the championship quarter-finals of the Catholic Classic Friday afternoon with a 67-61 victory over the Holy Trinity Titans. 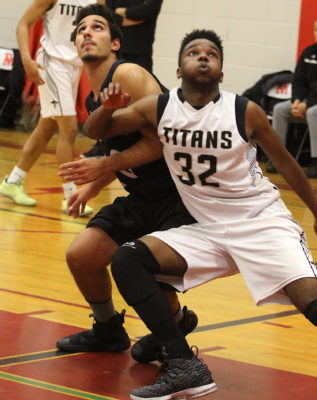 Like the St. Francis Phoenix, the Saint Paul Patriots were eliminated from the tournament following a loss in the championship quarter-finals.

Richard Werner netted 20 and Jerwyn Tutanes 16, but it wasn’t enough as the Patriots fell 64-41 to the Hamilton Cathedral Gaels.

Werner poured in 30 points Friday morning to power the Saint Paul Patriots to a 8-74 victory over the St. John Paul 11 Panthers.

“It was an awesome win,” Saint Paul coach Frank Capetta said. “I know they are good and we just tried to hang in the whole game.”

It was a struggle. 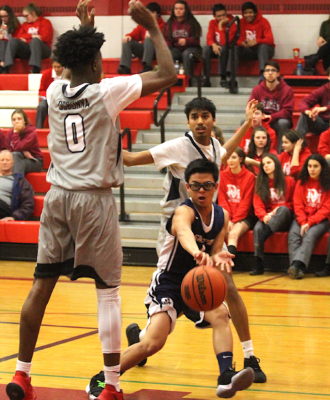 Top scorers for the Panthers were A.J. Cummins (26) and Sheldon Goulbourne (18).

The Notre Dame Fighting Irish are the only local team still alive in the Catholic Classic following a 69-46 victory over the Ottawa St. Patrick’s Irish in the consolation quarter-finals.

“It was a nice bounce-back,” Notre Dame coach Mark Gallagher said. “St. Pat’s is an athletic team and we sat in a zone to keep them in front of us. They hit three shots right out of the chute and they calmed down after that.”

Gallagher was happy to still be alive in the tournament.

“This is such a good tournament and any win in this tournament is good,” he said.

The Notre Dame Fighting Irish opened the Catholic Classic Friday morning with an 83-53 loss to the St. Marcellinus Spirit.

“They are good,” Gallagher said. “We hung around for a half. We boxed and one them and we got them to take the shots we wanted them to take.”

“They missed early and we made early.”

Then the opposite happened.

“We missed and they made, we gave them a chance to run a little bit and it got away from us,” Gallagher said.