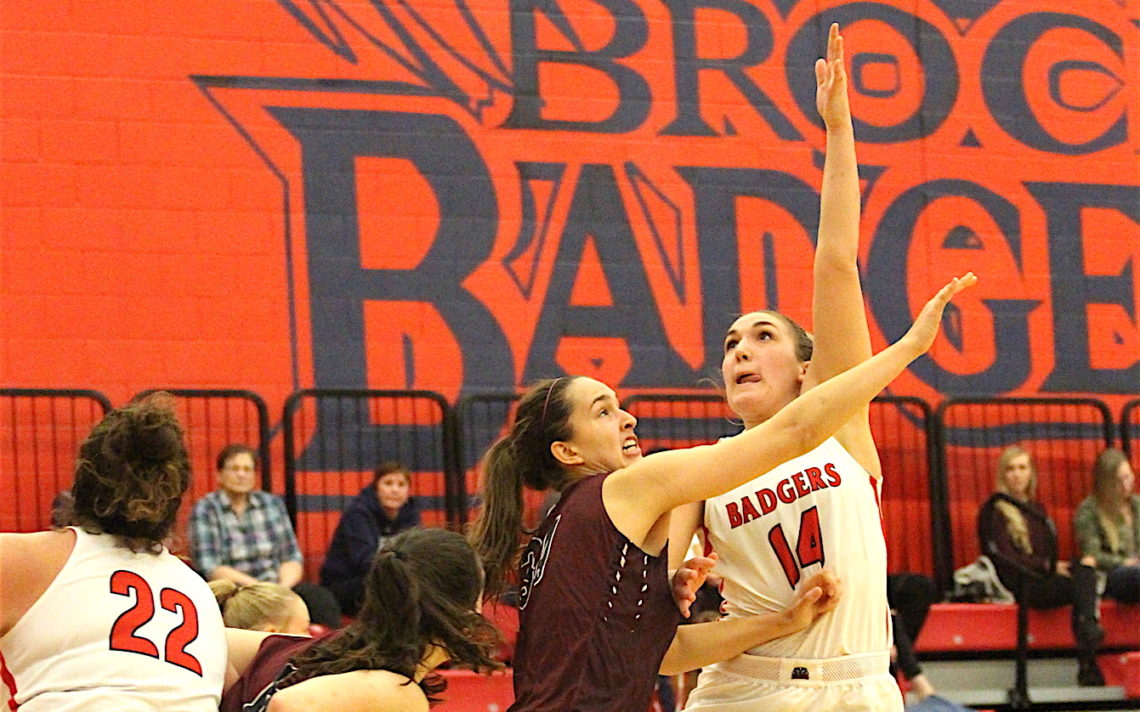 The Brock Badgers men’s basketball team raced out to an early lead and then had to hang on to edge the Lakehead Thunderwolves 91-87 at home Friday.

The Badgers led 30-14 after one quarter and 53-34 at the half. Lakehead retuned from intermission and got right back in the game outscoring Brock 29-11 in the third before the Badgers regrouped in the final quarter.

Cassidy Ryan paced the Badgers with 26 while Johneil Simpson added 22. Daniel Brown chipped in with 12 and Daniel Elgadi 10.

“We had a good start but struggle the second half to keep up our intensity,” Brock coach Charles Kissi said. “But as all good teams do we pulled through and got the W and never panicked when they came back. Hats off to Lakehead for continuing to fight even though they may not have as much to play for.”

The teams have a rematch Saturday at 8 p.m.

A poor second quarter came back to haunt the Badgers who dropped a 63-59 decision to the Lakehead Thunderwolves at home Friday.

The Badgers only trailed by two after one quarter at 12-10 but then went cold from the field and scored just nine points in the second quarter compared to 20 for Lakehead who took a 32-19 lead into halftime.

The Badgers made a run in the third outscoring the Thunderwolves 24-11 to tie the game at 43-43 after three.

“In the first, we struggled to score but finally got back to our running game in the second half led by Kristin Gallant with 19 points,” Brock coach Ashley MacSporran said.

“We played great defence on OUA leading scorer Leashja Grant until a three-minute stretch in fourth where she had 12 points in a row. We held her to six points in first half between Courtney McPherson and Shannon Northey. Brooke Murdoch was also imperative for our defensive effort inside. She earned every basket and had to play 32 minutes.”

Ana Caldeira Rua added 11 points and Stephanie Findlay 10. Findlay returned to the lineup after injuring herself in the first game of the season.

“We got great contributions from Ana, who was back after a prolonged calf injury and playing great basketball,” MacSporran added. “Steph Findlay hit two huge threes. It was great to have her back giving us offence.”

“We look forward to a second crack on them. We played so hard tonight. We know we can play with this team and need to stop their runs and have answers and be in the second game.”