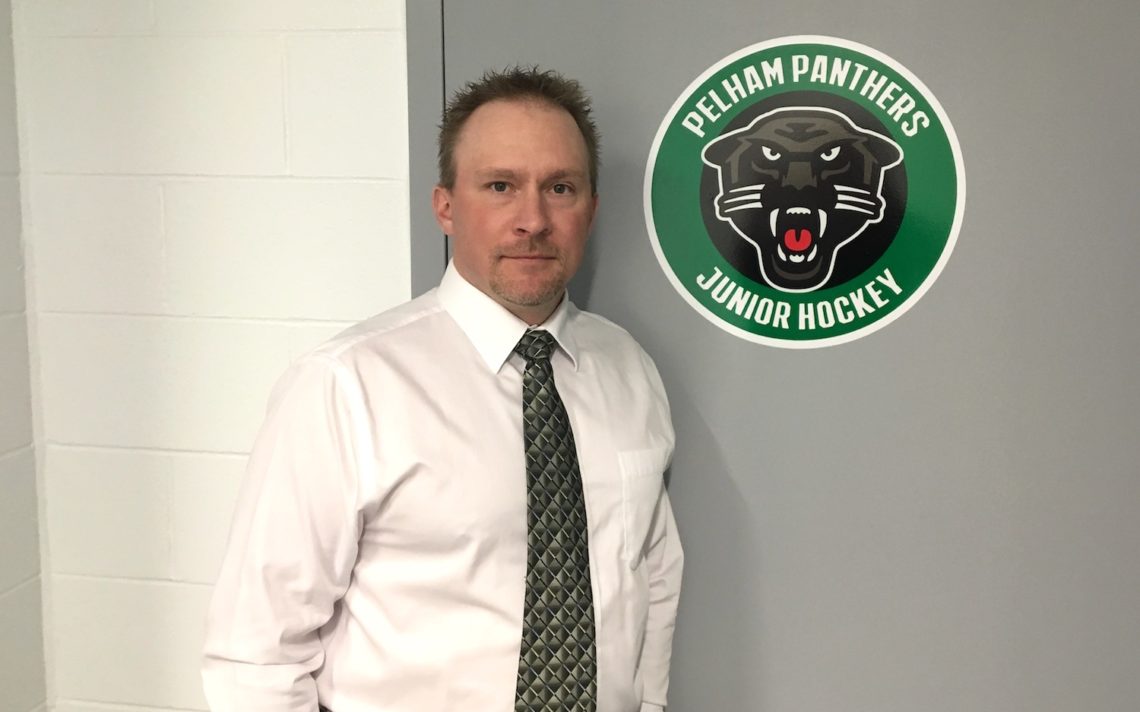 Panthers add pep behind the bench

Jason Pepin is going to put some serious mileage on his vehicle in the upcoming months.

The former St. Catharines Falcons sniper — Pepin is sixth all-time in team scoring with 255 points — is commuting from his Kitchener home to Pelham, where he has been hired as an assistant coach on head coach Mark Barrick’s staff with the Panthers.

“There was an opening and one thing led to another and I said I would commit to the drive,” Pepin said. “I’ve driven further for work and I’d rather coach than work.”

Mileage notwithstanding, Pepin is thrilled to be back coaching at the junior level.

“I just love doing what I do,” he said. “I have hockey programs I run up there. I run elite programs and recruit top kids to go around and showcase them. I just love to coach.

“It’s kind of a perfect storm for me to get back into junior when I want to be and keep moving forward doing it with Mark.”

Pepin and Barrick have a relationship dating back to 1991 when Pepin joined the Falcons as a promising 16-year-old.

The two renewed acquaintances at a Falcons reunion last winter.

“Right away we connected,” Pepin said. “One thing came to another and I wanted to get back into coaching junior. We said we would chat and we did.”

Pepin, who is now 43, has always appreciated Barrick’s no-nonsense approach to coaching.

“It’s comfortable just because of the voice. It’s something I am familiar with and the way Mark coaches. He really hasn’t changed and he’s proud of that. He was a great coach. When I played, he was one of my favourite and best coaches I’ve ever had,” Pepin said. “I knew in talking to him as an adult we were eerily similar. I knew I would be a good fit.”

Pepin recognizes the worth of Barrick’s approach.

“Mark is very upfront and honest with you. You know where you stand and that’s a great thing as a player,” he said. “When I’m talking to my players, I want them to know where they stand. That’s his best asset and I respect that.”

Barrick is glad to have Pepin on his bench.

“He played for me as a 16-year-old and ended up being an exceptional Falcon,” Barrick said. “He was a good leader and has been coaching skill development and developing hockey players.

“What he brings to the hockey club is going to be good. He was very gifted offensively and that’s going to be a lot of his responsibility.”

Barrick’s familiarity with Pepin is a big plus.

“I believe in good staffs where there is an understanding and trust in that staff that you can’t measure in words. It’s a gut feeling. We all know what we’re good at and we rely on each other for those contributions.”

Pepin is ready to do whatever is asked of him.

“Mark is the leader and the one who is running the ship. It’s just helping him in any way I can. If I need to take on a leadership role one day if asked to, then I’ll step up. Knowing when to take that role and when not to, I think Mark knows I have that confidence to do that because I’ve been a head coach for a long time.”

Pepin, who was also a standout lacrosse player with the St. Catharines Athletics and a member of their scouting staff this season, began his coaching career in minor hockey and joined the Falcons as an assistant under Jim Denham for a couple of seasons.

Work then took him to Kitchener where he married his high school sweetheart, Kelly, and began a family.

He coached his son, Maddux, all the way through minor hockey. Maddux, named after Hall-of-Fame baseball pitcher Greg Maddux, is in his minor midget AAA season with the Kitchener Rangers. The couple also has a daughter, Tenli, just entering high school.