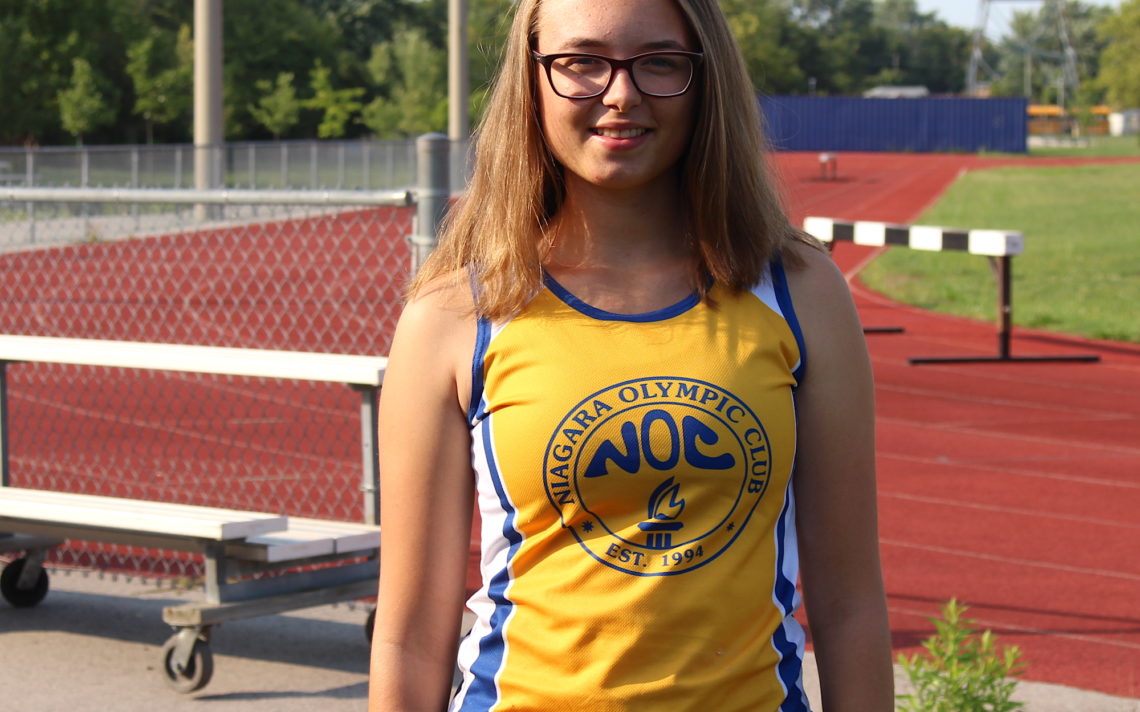 The 2018 high school track and field season wasn’t at all what Emma McDougall had hoped for.

Coming off a gold medal at the Ontario Federation of School Athletic Associations championships in midget girls javelin in Grade 9 and bronze in junior girls javelin in Grade 10, the 17-year-old St. Catharines resident was aiming to win a medal in her first year at the senior level with a throw of around 40 metres.

But after winning the Southern Ontario Secondary Schools Association championship and placing second at the South Regionals, the Niagara Olympic Club member placed a disappointing eighth at OFSAA with a throw of 37.13 metres.

“I wasn’t hitting any of my marks and I wasn’t going to the gym as much as I should be,” said the Grade 12 student at Governor Simcoe. “I had an up-and-down season through the school year and after the school year I was really pushing for a season’s best. I hadn’t hit by PB (personal best) all year.”

Her last chance to reach a PB and gain a measure of redemption for her high school season came at the recent Royal Canadian Legion Youth Track and Field Championships in Brandon, Man.

It was her fourth appearance at the national championships and she had placed in the top eight in each of her first three appearances.

“I wanted to push for a personal best,” she said. “I had nothing to lose at nationals so I went for it.”

That approach proved to be a recipe for success. At nationals, she shattered her old personal best by two metres and surpassed her best throw of 2018 by four metres. Her throw travelled 44.19 metres.

“I felt really relaxed and all my nerves were gone and I thought I had nothing to lose,” McDougall said. “It was the last meet of the year and I decided to just go for it. It was also my last youth nationals.”

She ended up placing fourth after ending up in sixth place in 2017.

“I was going in seeded eighth and I just wanted to make the top eight and go for the season’s best,” she said. “Everything was just perfect that day with the conditions and I felt good.”

She felt even better after her PB throw.

“I was looking at my coach, my dad (Randy McDougall), and I got really excited when I saw the 44 pop up on the board,” she said. “I was really happy.”

And while she was thrilled with her personal best, she was a little disappointed she just missed a podium finish.

“I was 35 centimetres off the podium and it was hard to take at first,” she said. “But then I had to be happy with my PB and the best finish I’ve had.”

Her national result came at the perfect time in her throwing career.

“I think I have a lot more motivation now to reach my higher goals now that I hit that standard,” she said. “I was getting disappointed with my results and I wasn’t as motivated. This year has really helped me find the love I had for the sport when I was younger.”

“It is very important to me,” she said. “I have been in the sport for eight or nine years so it’s nice to have that spark again in the sport.”

She is hoping to pursue a scholarship in the States, but she is in no hurry.

“I think I will take this year slowly and maybe go back for 12B (second year of Grade 12),” she said. “At the same time, I am going to look into some colleges this year.”

McDougall plans to train through the winter.

“We are going to be at Sky Zone,” she said. “There is a gym upstairs and we will be training there.”