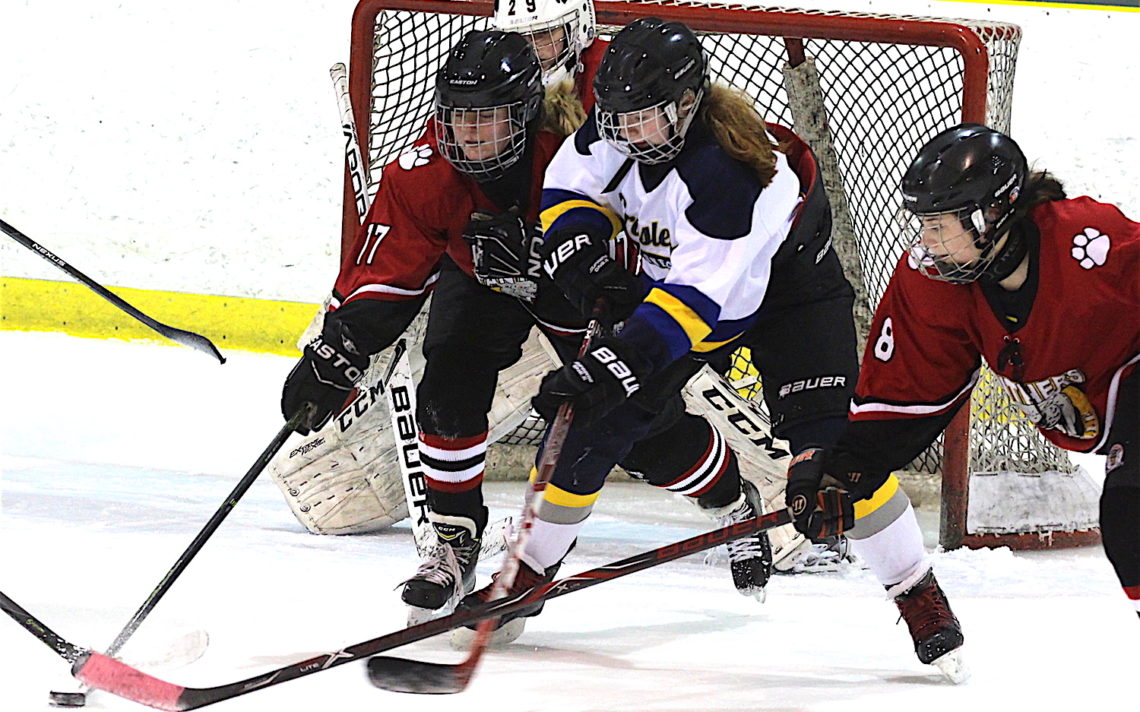 Jessie Fennell’s last chance to make it to the Ontario Federation of School Athletic Association championships came to an end Tuesday afternoon in Virgil.

“It was very disappointing,” the Grade 12 student at E.L. Crossley said. “Losing 15 seconds into overtime was just a shock. It was very heart-breaking.” 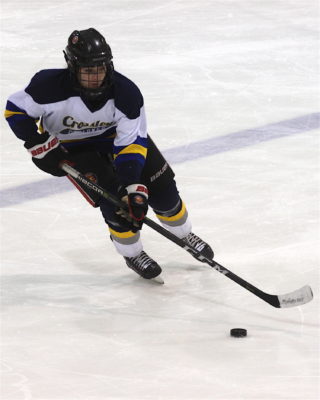 Last year, the Foothill high school also made it to the SOSSA finals before losing to Grimsby.

Fennell did all she could do Tuesday to get her team over the hump. In addition to her goal, she drew two penalties, had numerous excellent scoring chances and set up her teammates for several good chances.

“She should be on the national team but she never grew. She is phenomenal and she is the toughest kid that I have ever seen,” he said. “I’ve seen her take more abuse in four years than an NFL receiver.” 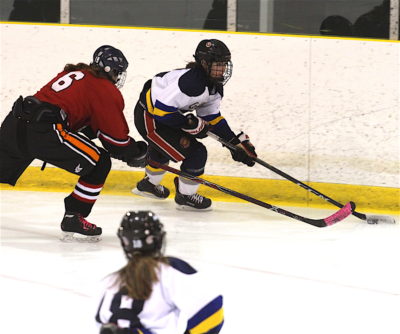 “They attack her and beat the crap our of her and never once in four years have I seen her retaliate,” Piccolo said. “If anything, it makes her madder and she gets better.”

“I take it” she said, with a laugh. “My wrists are bruised, my knees are bruised and I get hit a lot in the head.

“You just shake it off because they are trying to get you down. They make me mad and I play harder.”

For Fennell, it’s all worth it for a chance to play high school hockey. 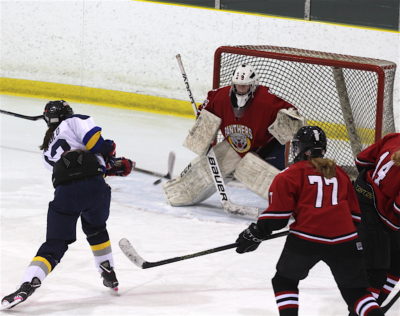 “It’s meeting new people, playing as a team and trying new things,” she said. “The girls that I played with are just awesome. It was a lot of fun besides the stress of today.”

Fennell also plays defence for the Oakville Junior Hornets in the Provincial Women’s Hockey League and will suit up this fall for the University of Waterloo women’s hockey program.

“I really like what they offered me,” she said. “I come in as a (offensive) threat as a defenceman.  I really like their accounting program and I like the overall environment there.”

She is already preparing to take the next step in her hockey career.

“I have to get stronger, I have to work on my shot, the accuracy and the strength, and getting better at the defensive side, playing the body and that kind of stuff.”

The Cyclones looked they were going to run away with the SOSSA final early, building a 1-0 lead early and outshooting Dunnville 13-3 in the first period.

“Once they realized who we had in Jessie, they all collapsed,” Piccolo said. “The first few minutes she got by everyone.” 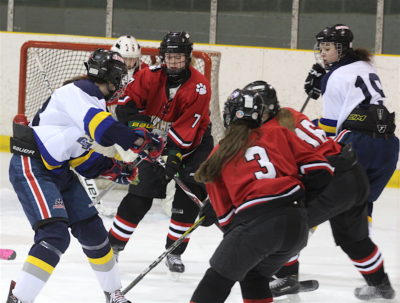 The Dunnville goalie played well and kept her team in the game until the Panthers won it in overtime.

Crossley goalie Elly Vanderweyden made fantastic save with 1:35 left and then Kylee Ring had a great chance with 12 seconds left in the game.

“Nobody wanted to go to the shootout so we said we would rather lose playing five on five,” Piccolo said. “Our goalie played so good and if she (Minor) actually gets ahold of the that shot it doesn’t go in. It was a flipper that went in.”

Fennell scored and added an assist as the E.L. Crossley Cyclones defeated the Eden Flyers 4-1 in the SOSSA semifinals.

Replying for the Zone 4 champion Flyers was Chiara Aceti.

“We hadn’t beaten Eden in four years,” Piccolo said. “We tied them a month or so ago when they were missing their top player.

“Today they had everyone and our Grade 9s sucked it up, we cut down the bench a bit and our goalie, who is a double BB travel goalie, was fantastic.”

“We shouldn’t be here,” he said. “We have six Grade 9 house league girls, we have Jessie Fennell who is all-world, and we have Kylee Ring who is a Grade 9 double A (travel) girl and is phenomenal.”