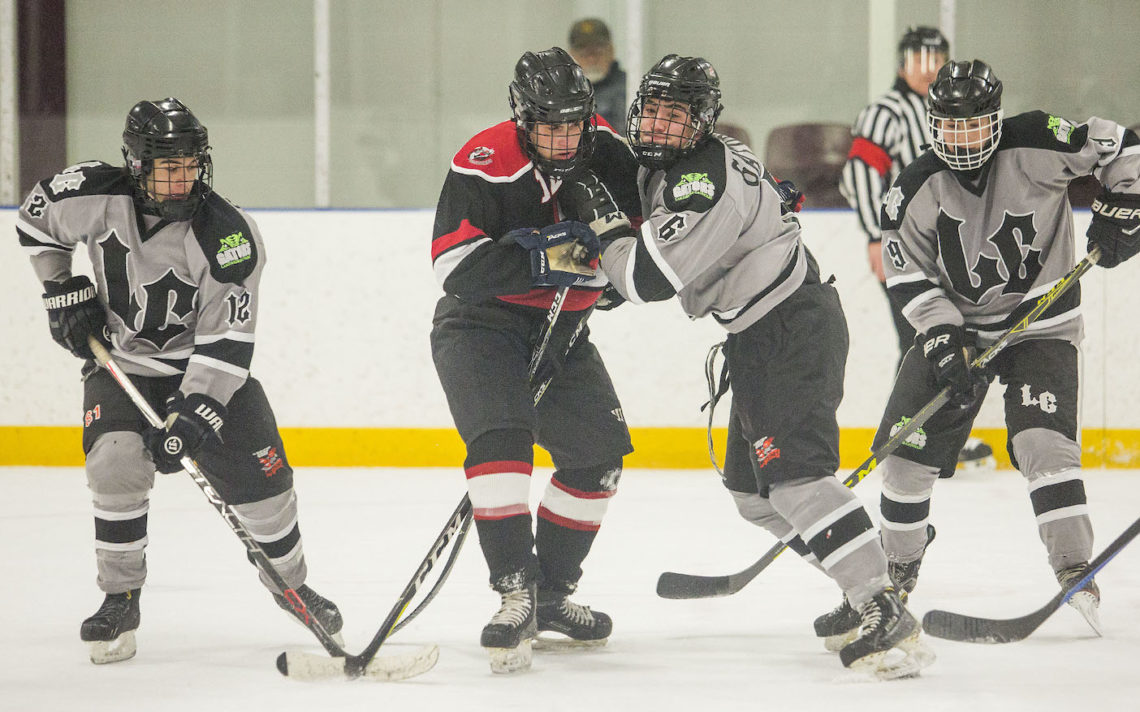 The Lakeshore Catholic Gators dropped a 2-0 decision to the Waterdown Warriors in the SOSSA AAA finals Tuesday. Photo Special to BPSN Sports.

Lucas Fabiano pulled out all the stops to get the Lakeshore Catholic Gators a berth at OFSAA.

Fabiano backstopped the Gators to a 4-3 upset win over the Denis Morris Reds in one of two semifinals in the morning, then followed it up with another standout performance in a 2-0 loss to the Waterdown Warriors in the championship finals later in the day.

The host Reds and Warriors now advance to the Ontario Federation of School Athletic Associations championships March 21-23 in St. Catharines. 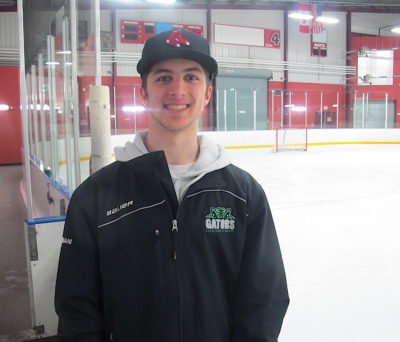 Fabiano knows all too well the disappointment of coming up just short.

“When I was in Grade 10, it was the same. We went to the SOSSA finals and lost so I thought maybe we would get there this time,” he said. “It definitely hurt.”

Fabiano said the victory over the Reds gave the Gators confidence in their matchup with the Warriors.

“This morning really got us pumped up and we thought we could win this game,” he said. “We wanted to put it all out but came out kind of flat.”

Fabiano, who appeared poised and confident in net, does not play at a higher level, although he did try out and was released from junior B camps in Fort Erie and Pelham.

He would love to continue to play next season somewhere while attending Brock where he will study accounting.

“Obviously, school is the main priority but I’m looking to do both,” he said. “I’m still trying to figure it all out.”

“He’s been very good for us all season,” said Oort, a former forward for the St. Catharines Falcons. “He’s a good goalie.”

The game was scoreless for the first two periods before Ryan Dunne scored at the 9:38 mark of the third. The Warriors then added an insurance marker by Liam Delmastro with just over six minutes to play.

Oort was encouraged by the effort of his club over the two games.

“We had a very good game this morning where we beat a very good team in a one-goal game so we’re very proud to be here,” Oort said. “We were wondering if we had enough in the tank to be able to compete at the same level and it turned out we didn’t.

“We got outplayed by a better hockey team, but I’m proud of the guys. We’ve made some positive steps in the right direction with our program.”

The Gators finished in the bottom half of the eight-team Niagara Catholic Athletic Association league during the regular season.

“It was an average year but we took a step forward from last year and we’re building the program,” Oort said. “We have lots of young guys in the lineup.”

Mason Drury and Josh Houston scored as the Warriors blanked the Sir Winston Churchill Bulldogs in the morning semifinal.

The Gators advanced to the finals with a win over DM.

Jacob Murdoch had two for the Gators while Jonah Devereaux and Matt King added singles.

“We wanted to go as champs and we’re going as hosts,” Reds coach Billy McLaren said. “Lakeshore played well. They are gritty and are well coached.”

The Reds expect to be seeded anywhere from 10th to 16th.

“We’re going to make an impact. We’re going to do well at OFSAA,” McLaren said. “No matter where we’re seeded, we know we can beat or have skated with some of the best teams in the province.