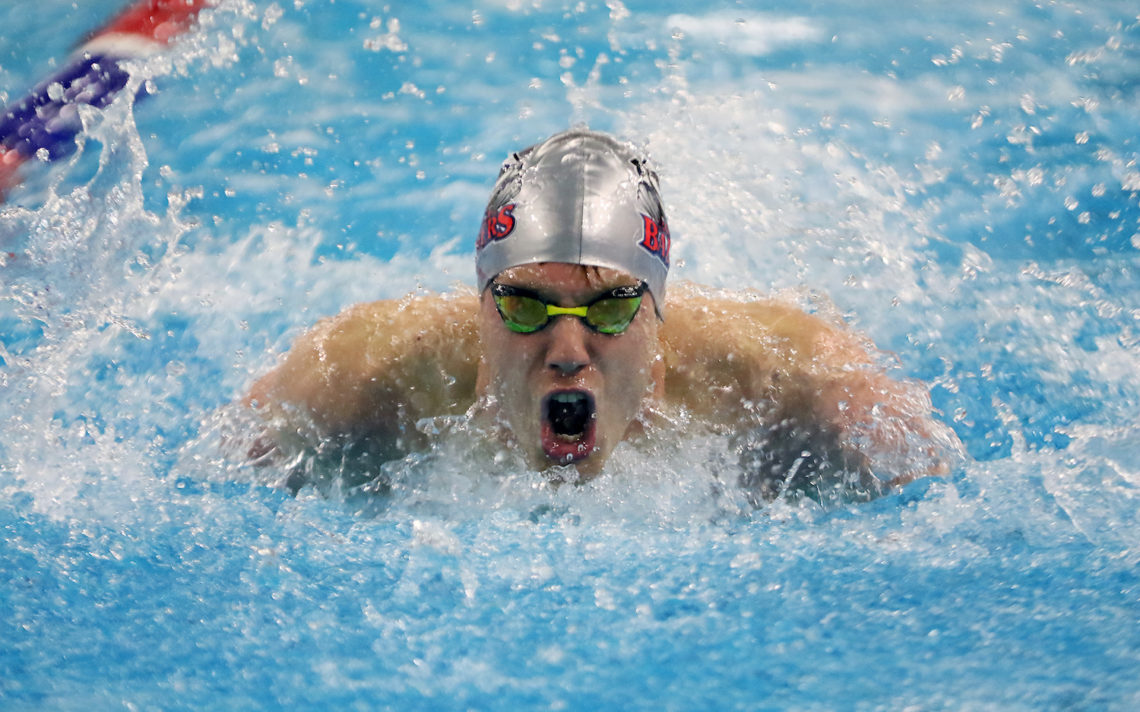 The Brock athletes of the week for the week ending Nov. 26 are men’s swimmer Gokhan Bozyigit of St. Catharines and women’s swimmer Maggie Smith.

Smith, a first-year medical sciences major, helped lead the Brock women’s swim team to a fifth-place finish at the meet, placing third in three events including setting a school record in the 50-metre backstroke with a time of 29.77.

The No. 10 ranked women’s hockey team extended its win streak to five as it defeated the Waterloo Warriors 5-2 Saturday afternoon on the road.

The Badgers close out the first semester at home when they host the Waterloo Warriors Friday and the Toronto Varsity Blues Saturday.

The Badgers return to action Friday when they host the Ottawa GeeGees and Saturday when they welcome the No. 1 ranked Carleton Ravens.

The women’s team dropped a 70-61 decision to the Marauders Friday night.

Brock had four players in double figures led by Ana Caldeira Rua who recorded 17 points and four rebounds. Rookie Kristin Gallant contributed with 15 points and 11 rebounds and six assists for the double-double while Courtney Mcpherson also collected the double-double adding 11 points and 11 boards. Rounding out the Brock leaders was Bailie Campbell who chipped in with 10 points in the loss.

The men’s volleyball team dropped a 3-0 decision to the University of Toronto Varsity Blues.

Leading the Badgers offence was rookie Logan House who registered 14 kills with a .312 hitting percentage. Peter Schnabel chipped in with eight kills on 13 attempts with just one error for a .538 hitting efficiency. Setter Marcelo Correa collected 30 assists and six digs while libero Felipe Costa chipped in with eight digs in the loss.

The women’s volleyball team fell to the Blues 3-1.

Brock’s offence was led by Renee Helmer who registered 16 kills and eight digs with a .483 hitting percentage. Laura Condotta added the double-double finishing with 10 kills and 12 digs while Tori Carroll contributed with eight kills. Libero Julia Balatbat collected 18 digs in the loss.

At the Carleton Invitational, Brock’s team placed fourth overall in the team standings, narrowly missing an overall podium finish. In seven of Brock’s events, it achieved a top six result, and contributed points towards the team’s overall total.

The men’s and women’s swim teams placed fifth at the OUA Debray Divisional Championships this weekend.

Leading the way for the Badgers was Bozyigit who captured three gold, including breaking two OUA Debray Divisional records.

The women’s relay of Smith, Maddock, Loeschnik and Du Toit placed fifth in the 4×100-metre free relay and sixth in the 200-metre medley relay. 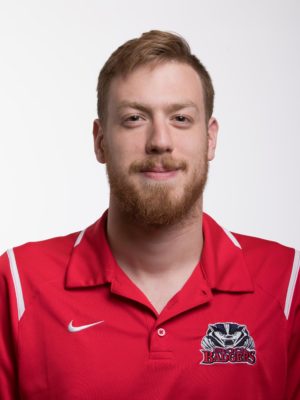 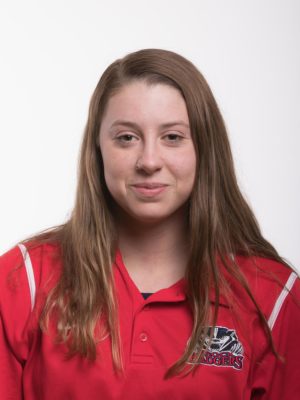 The Knights returned to the win column with a 90-58 victory over the Conestoga Condors.

Pacing the Knights offensively were Jordan McDonald and Jarad Richardson each putting up 17 points and 11 rebounds. The win brings the Knights to 5-2.

The Knights were again led by veteran forward Mary Ingribelli. The fourth-year native of St. Catharines recorded her second consecutive double-double finishing with 13 points and 12 rebounds. The win moves the Knights into fourth place in the OCAA West Division. The team is currently ranked No. 6 in the OCAA Weekly rankings.

The women’s team went 1-1 with a 3-1 loss on the road to the Humber Hawks and a 3-1 victory at home over the Sheridan Bruins.

In the win over Sheridan, the Knights were carried offensively by the duo of Rachel Rivers and Jordan Koslowski.

Both standouts finished with a match high 17 kills, with Koslowski adding an impressive five service aces and 15 digs, while Rivers provided four blocks and 14 digs.

The men’s team dropped both their matches this week, losing 3-1 to the Hawks on the road and 3-0 to the Bruins at home.

Athletes of the week

Rachel Rivers of the women’s volleyball program has been named this week’s female athlete of the week. Rivers was the Knights best player in a pair of matches last week against the Bruins and Hawks.

“Rachel led us this week with consistent play, a positive attitude, and solid production,” Knights women’s volleyball head coach Nathan Janzen said. “She was our best server, best passer, and best blocker. Needless to say Rachel is doing it all to help us be successful.”

Rivers has enjoyed an outstanding first half of the season for the Knights. The 2015-16 OCAA first team all-star is averaging better than 4.1 points-per-set, the third most in the province.

Jordon McDonald of the men’s basketball program has been named this week’s male athlete of the week. McDonald was the Knights best players during the team’s road victory over the Condors.

The veteran six-foot-three forward finished with 17 points and 11 rebounds to help pace the Knights to a 90-58 victory. The third-year native of Mississauga is enjoying a fantastic start to the 2017-18 season averaging a double-double to the tune of 13.1 points and 10 rebounds per game.