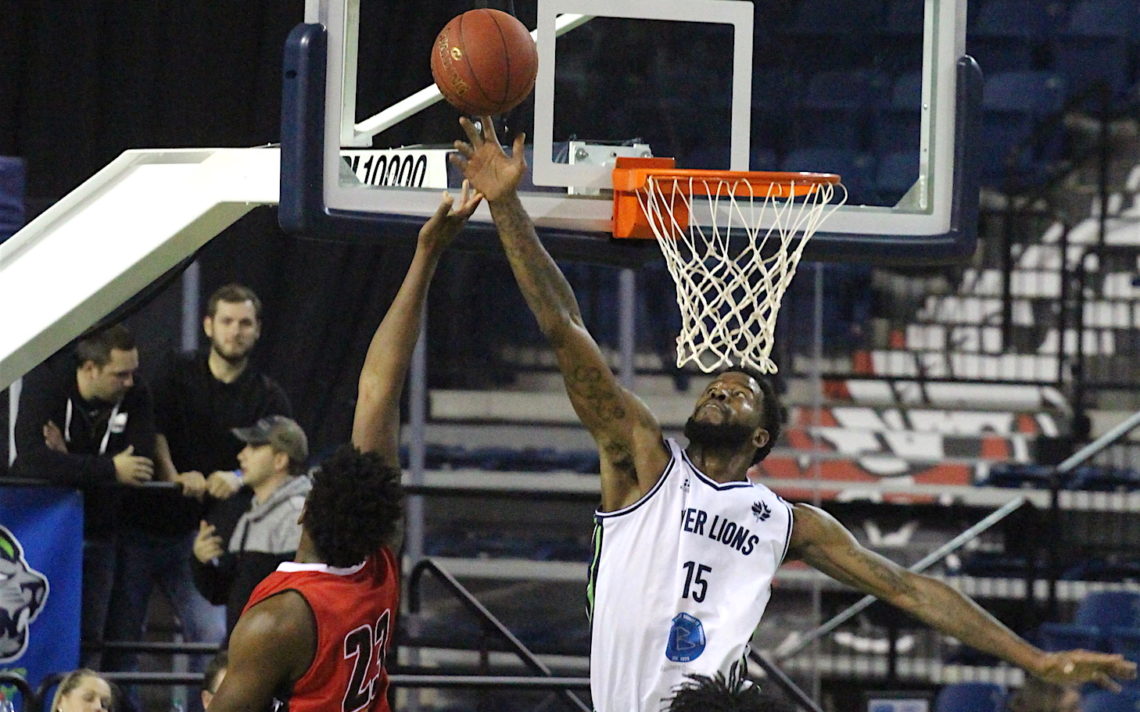 Max Hooper was one step closer to the dream of every basketball player after making the lineup of the Westchester Knicks.

But one game into the season, the 25-year-old Carmel, Calif., native was released from the roster of the Westchester team, which is the G League (developmental team) of the NBA’s New York Knicks.

“I was very excited about that but after one game they let me know they were going to be making a roster change and they decided to get rid of me,” Hooper said Sunday, after scoring nine points to help the Niagara River Lions record a 119-87 victory over the visiting Windsor Express.

“It was extremely frustrating but for me I just try to use it as added fuel to the fire,” he said. “Pro basketball is definitely a roller coaster and you have to stick with it through the high and lows.”

Hooper is friends with River Lions assistant coach Divya Rao and he quickly found himself playing in the National Basketball League of Canada.

“Throughout the summer, the River Lions expressed some interest in me and I told them I was going to the D (G) league,” Hooper said.

Rao and River Lions head coach Joe Raso called him almost immediately after he was cut.

“I just want to be somewhere where I can have an opportunity and where I am wanted,” he said. “I feel that here so far and as soon as the roster move was made, I made my way up here.”

Hooper has made a habit of proving himself in one place after being rejected in another.

“In my college career, I started at Harvard and didn’t get many minutes there. Then I went to St. John’s and got a little bit bigger role there but it wasn’t what I thought I deserved,” he said. “Ultimately, I landed at Oakland University where I got to have a lot of success and a lot of playing time.”

In his final year at Oakland, located in Rochester, Mich., he was named the Horizon League’s 2016 Sixth Man of the Year after averaging 10.7 points per game.

“It has always been about finding the right fit and the right place to show what I can do and put myself on the map,” he said.

Hooper put himself on the historical map in his final year of college ball. Every shot he took was from behind the three-point arc.

“It was a historic season and it has never been done before in college basketball; all 257 shots were threes,” he said. “I pride myself on being a three-point specialist. I try to bring other things to the court, but that’s my bread and butter.”

Hooper was surprised to hear one of the six shots he attempted Sunday came from inside the arc.

“Maybe I stepped on the line today,” he said, with a laugh. “It’s a bit of a fluke. I just try to play my game and not overthink things.”

Raso was more than happy to have Hooper as a late addition to Niagara’s roster.

“Max is a highly skilled player and he can shoot the basketball,” Raso said  “He has played for a lot of good teams at a lot of good levels and he’s known as a shooter.”

Raso loves the way Hooper spaces the floor with his shooting and is happy with the progress Hooper is making on the defensive end.

“Defence doesn’t come naturally to me and I have had to work extremely hard to get where I am at,” Hooper said. “Through the course of my career, defence hasn’t been my strongest point but I feel like I have made a lot of progress.”

“It was a good win because you don’t assume anything, you always have respect for everybody and you can never talk about somebody’s heart,” Raso said.

“They had a disadvantage of the schedule, there’s no question about it, and we took advantage of it.”

The River Lions blew open a relatively close game by outscoring the visitors 38-18 in the third quarter to lead by 31 heading into the final quarter. They stretched the lead to 32 with 7:31 left in the game before coasting home to victory.

“We played more focused and more accountable to start the second half and that run didn’t break their spirits but it deflated them a little bit,” Raso said “That was really, really important and that’s the challenge we gave the guys at halftime.”

Up next: The River Lions host the Halifax Hurricanes Wednesday at 7 p.m. at the Meridian Centre.