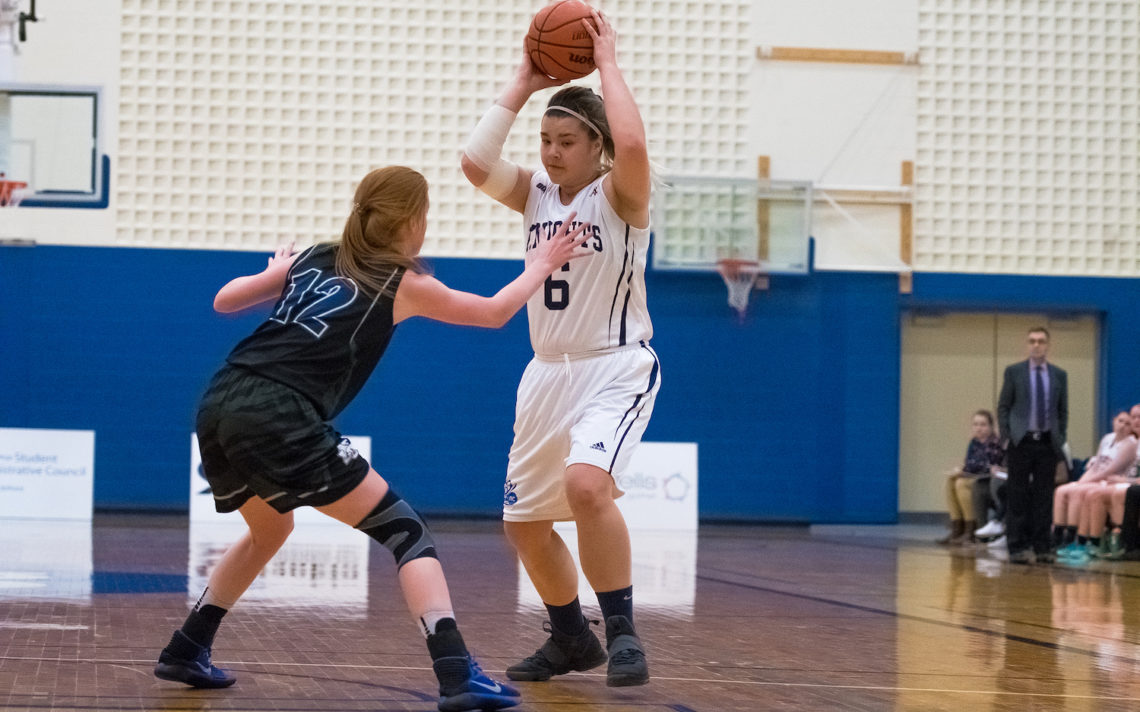 Western advances to play either Acadia or Saint Mary’s in the Uteck Bowl national semifinal game on Nov. 18.

In nine minutes of floor time, Denis Morris alumnus Erin Kenny had two points, three rebounds and a block to help Windsor knock off Western 89-62. Eden product is Jenneke Pilling is still out of Windsor’s lineup as she recovers from a shin injury.

BADGERS BACK AT MERIDIAN CENTRE

A mid-season clash of the two top men’s teams in the country will take place at the Meridian Centre next month.

The Carleton Ravens, ranked first in the country for men’s basketball, and the second-ranked, undefeated Brock Badgers, will face each other at 8 p.m. on Saturday, Dec. 2, It’s part of a basketball doubleheader that will also see the two schools’ women’s teams battle it out starting at 6 p.m.

Tickets went on sale Thursday, Nov. 9 on Ticketmaster online with prices set at $15 for adults, $10 for seniors and youth and $35 for court side. A limited number of free tickets for Brock students will become available starting Monday, Nov. 27.

The No. 1 ranked men’s and women’s wrestling program both captured gold at the 2017 Ryerson University Open.

The men’s basketball team rolled past the University of Toronto Varsity Blues 80-57 Friday in Toronto.

The Badgers also defeated the No. 10 Ryerson Rams 80-75 in overtime Wednesday night.

In overtime, with three Brock starters fouled out, Ryan would take over, knocking down a field goal and one and a clutch three-pointer to secure the road victory.

Brock had four starters in double figures led by Ryan who recorded a career best 32 points. Elgadi contributed with 13 points and five rebounds while Daniel Cayer and Simpson chipped in with 11 and 10 points, respectively.

The Badgers host the Nipissing Lakers and Laurentian Voyageurs next weekend at the Bob Davis Gymnasium.

The women’s basketball team dropped an 81-58 decision to the Ryerson Rams.

The Badgers had three players in double figures led by freshman Kristin Gallant, who recorded her second 23-point game of the season to lead all scorers. Ana Caldeira Rua and Shannon Norhey both contributed with 10 points each while Ieva Sukeviciute chipped in with eight points and six rebounds to round out the Brock leaders.

The women’s basketball team saw its record fall to 2-4 after a 71-46 road loss to the University of Toronto Friday.

Sammy Banga had a pair for Brock while Josh Timpano and Adam Lloyd also scored.

Clint Windsor made 41 saves in net for the Badgers.

The Badgers also dropped a 5-4 decision in a shootout at Laurier Friday.

Jenson Murphy made 35 saves in goal.

The Badgers also dropped a 4-0 decision to the Nipissing Lakers.

Murphy made 26 saves in a losing effort.

The Athletes of the Week for the week are men’s basketball player Cassidy Ryan and women’s wrestler Hannah Taylor.

The women’s basketball program won their second straight game as the team defeated the visiting Lambton Lions 69-39 at the Welland Athletic Centre. The Knights were led by Stys who turned in a monster game finishing with 16 points and 13 rebounds, both career highs.

The men’s basketball program lost for the first time this season, dropping a 100-95 decision by the visiting Lambton Lions. The loss drops the Knights to 4-1 on the season.

Van Hutchinson, Jr. finished with game highs in both points with 26 and rebounds with 15. Levin Mukana, Danny Lokole of Welland, Deysean Thompson Jordon McDonald and Jordon McDonald all finished in double digit scoring for Niagara.

The women’s volleyball team defeated the Conestoga Condors Thursday night in three straight sets (25-14, 25-13, 25-9). The victory improves the Knights to 3-1 on the season and puts them in sole possession of third place in the OCAA west division.

The men’s volleyball program earned a tough come-from behind victory on the road Thursday night when they defeated the Conestoga Condors in five sets. Outside hitter Mitch Sawatsky of St. Catharines and blocker Jacob Williamson of St. Cathariens had 17 points and 15 points, respectively.

Athletes of the week are St. Catharines native Tianna Stys of the women’s basketball program and Ben Fillmore of the men’s volleyball program.