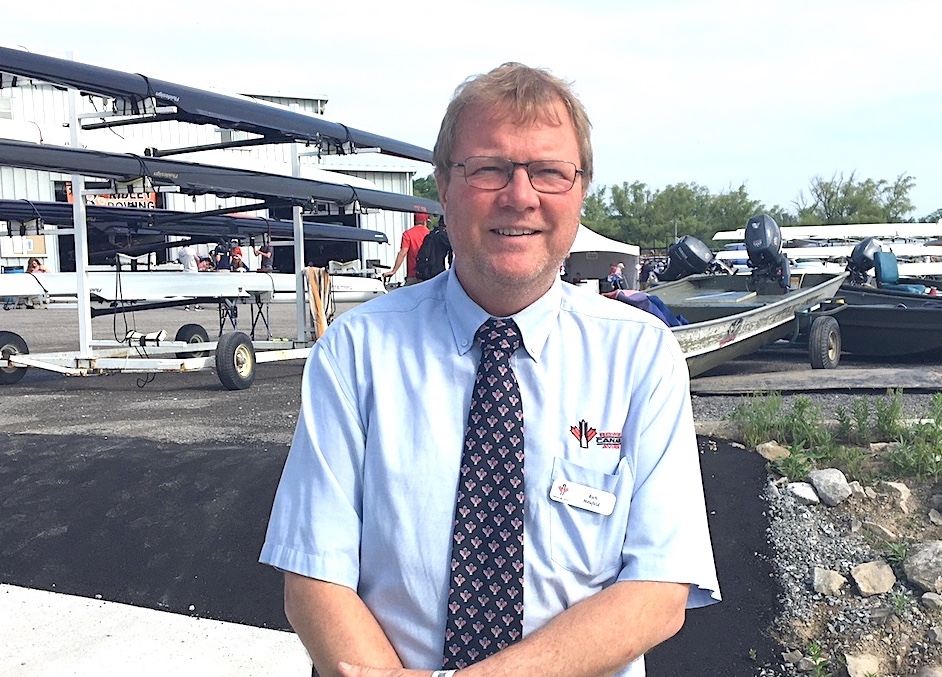 No balls or strikes for this umpire

In Rich Neufeld’s perfect world, he won’t be very visible this weekend at the Canadian Secondary Schools Rowing Association championships on Martidnale Pond.

In fact, the less Neufeld is involved, the better.

“On the day of, if everything is running smoothly, there’s not a whole lot for me to do,” said Neufeld, who is in his fifth season as head umpire of the regatta. “If nothing is going wrong, then I’m just hanging out monitoring the radio and my phone.”

Neufeld, who began volunteering as an umpire 15 years ago, said many of his duties require advanced planning.

“I monitor everything and put the right people in the right places,” said Neufeld, a 61-year-old retired shop teacher. “It’s organizing. Row Ontario about a month before a regatta puts out a call for umpires and I set it up from there. I don’t know how they did it before e-mail. It must have been endless phone calls.”

Neufeld says umpires have a variety of jobs on the course.

Neufeld explained umpires also make sure the shells have the proper rowers in them and track the crews in each lane for safety reasons. He also stressed a good umpire at the start is crucial for both safety and timing reasons.

“The crews are called five minutes before and warned every minute. At two minutes (before), they are locked into the gate and if they are not locked in they could be assessed a yellow card,” he said.

Umpires also follow the racers down the course to make sure they stay in their respective lanes and don’t interfere with the other crews.

As head umpire, he stations himself in the regatta office on the island, but also heads out on a boat once in a while just to make sure everything is running smoothly.

He has seen some odd things over the years, including a drone at last year’s regatta.

“I’m sometimes surprised when coaches cheat. Surprised and disappointed,” he said. “Last year, we had a parent with a coach and a drone over the race. Now they put it into the rules, it’s not allowed.”

He has also witnessed coaches or parents communicating with rowers using megaphones and signals during the races.

“You’re not allowed to electronically communicate with the rowers during a race. Now, it’s almost impossible to stop because everyone has a phone.”

Neufeld rowed in high school at Grantham and then at Western before taking a break to start his career and a family.

He took up umpiring at the suggestion of some buddies over a beer one night.

“Umpiring was a way to give back. I coached for awhile but that was every day, six or seven days a week,” he said. “When my kids were young, I basically went away and didn’t do anything with rowing.”

Neufeld enjoys the social aspect of his job and doesn’t appear ready to retire at any time soon.

“I guess they were looking for somebody who was a sucker. I was told at the time you are the chief umpire until you find your own replacement,” he said, with a smile.