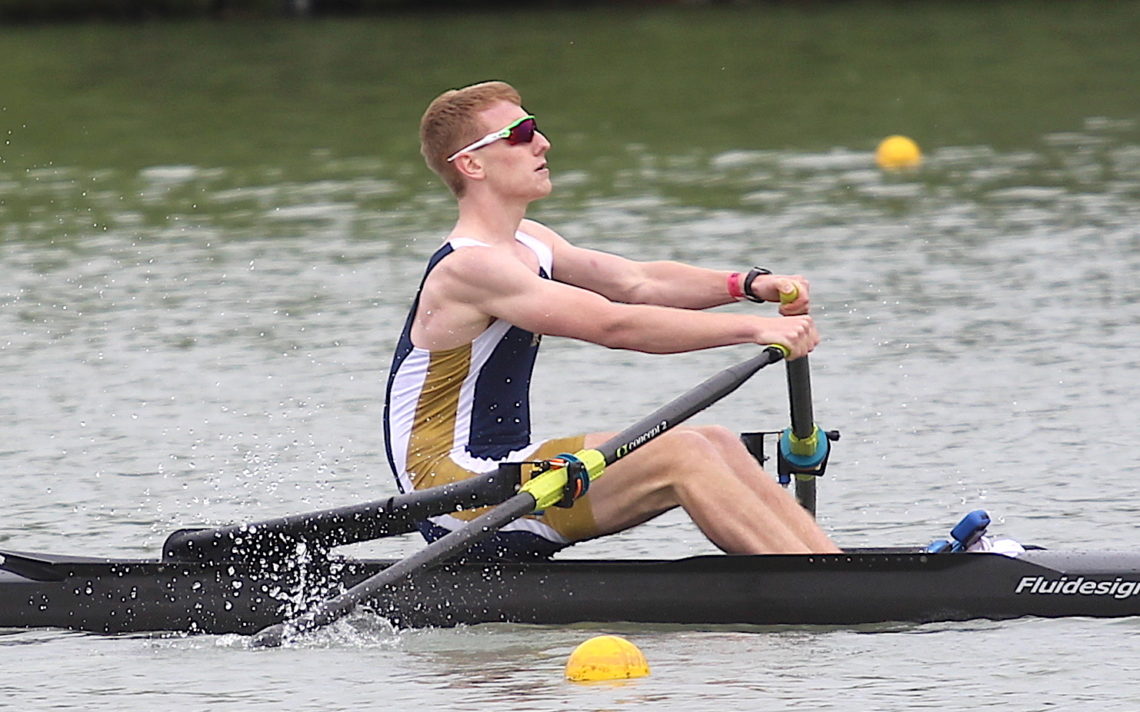 There wasn’t a grand plan for Johann May to compete in a single in his final year of high school.

“Most of my teammates kind of quit,” the Grade 12 student at Sir Winston Churchill said. “It’s Grade 12 and a lot of people stick with it until then and then they just want to have fun.

“I was only really left with one teammate that I had been rowing with since Grade 9.”

He had been rowing a single since the summer of Grade 9, but this is the first year he has decided to compete in the boat.

“I always wanted to compete in a single and I have started to be competitive in it,” he said. 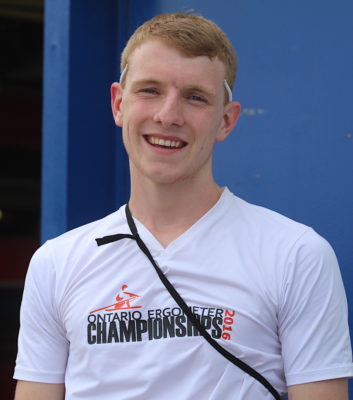 May placed fourth in the single at the Stotesbury Cup competing against heavyweights — missing third by 0.3 seconds — and, on Saturday, he won his semifinal in the men’s senior 72-kilogram single at the Canadian Secondary Schools Rowing Association championships.

“I have seen a bit of success in the short period of time that I have been rowing it and I quite like it, because it is all on you,” he said. “You can be in a four or an eight and one guy might not be pulling and you would never know. If it is you, it is totally your responsibility.”

His father and coach Gerry May has seen his son make a lot of progress this year in the single.

“Right now, there is a nice flow to his rowing.”

Gerry feels Johann’s winter training has made a big difference this spring.

“He did half his training on a bike and half on a rowing machine which has helped him get his rate up.”

Johann has already had quite a bit of success in other boats, winning Schoolboy gold in Grade 10 as part of a junior men’s 17-kilogram coxed four and Henley gold in a St. Catharines Rowing Club under-17 men’s eight.

He was in third place for the first 1,500 metres at the Stotesbury Cup before he was passed.

“That really sucked, so I am back here trying to claim a medal this weekend.”

May is happy to race against athletes who are the same size as him.

“It is very nice,” he said. “It gets rid of a large part of the competition and it also allows me to compete with guys the same size as me.

One new obstacle, however, is the battle to make weight.

“Making weight can be a challenge in itself, but I think it is a real fun part about the sport,” he said. “I don’t think a lot of people would agree with me on that, but it’s a sport in itself.”

There are many strategies he employs to make weight.

“It’s a science and I have been working at making weight for four years now,” he said. “I am pretty good at it, but every year it is more of a challenge because I am getting heavier.

“There is a little component of starving yourself, but I think about what I am putting in my body.” 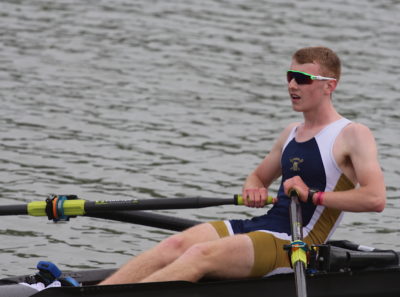 That means no junk food, less carbohydrates, more protein and being strategic with his intake of fluids.

“Also training really hard is a big component of making weight,” he said.

When the racing is over, May will allow himself to binge a little.

“I want to stay lightweight for the rest of my life and I have to be careful, but I will probably find myself going to McDonald’s late at night and eating a lot one of the days in the future.”

But it won’t be after the Schoolboy championships, because May will be heading to the junior national trials Monday in Welland. He was selected to the camp after time trials on Mother’s Day weekend.

“Competing for the sculling side of it, there are six of us and we are extremely close to one another,” he said. “The ranking comes down to how good of a day you are having.”

May attended national team trials last year and made the A pool. Unfortunately, he and his teammates didn’t achieve the time standard necessary for Rowing Canada to send them to the junior worlds in Lithuania in a quad.

“I want 100 per cent to go to the Czech Republic (2018 junior worlds) and I am all in with that. That’s literally all I want and it has been my goal all year.”

He feels ready to make the team.

“There’s nothing like racing against the top guys and I think this weekend will almost be a test of that,” he said. “Although it won’t put us on the team, all the guys who are trying to make it are here this weekend.

He can’t wait to race in Sunday’s final in the single.

“I’m excited for the opportunity and the fight, but it is going to be rough,” he said. “It’s really competitive and I think it will be four of us going back and forth down the course.”

Johann is also competing in the senior 72-kilogram double final with teammate Hailin Wang. They were second in their heat and had the second-fastest overall time.