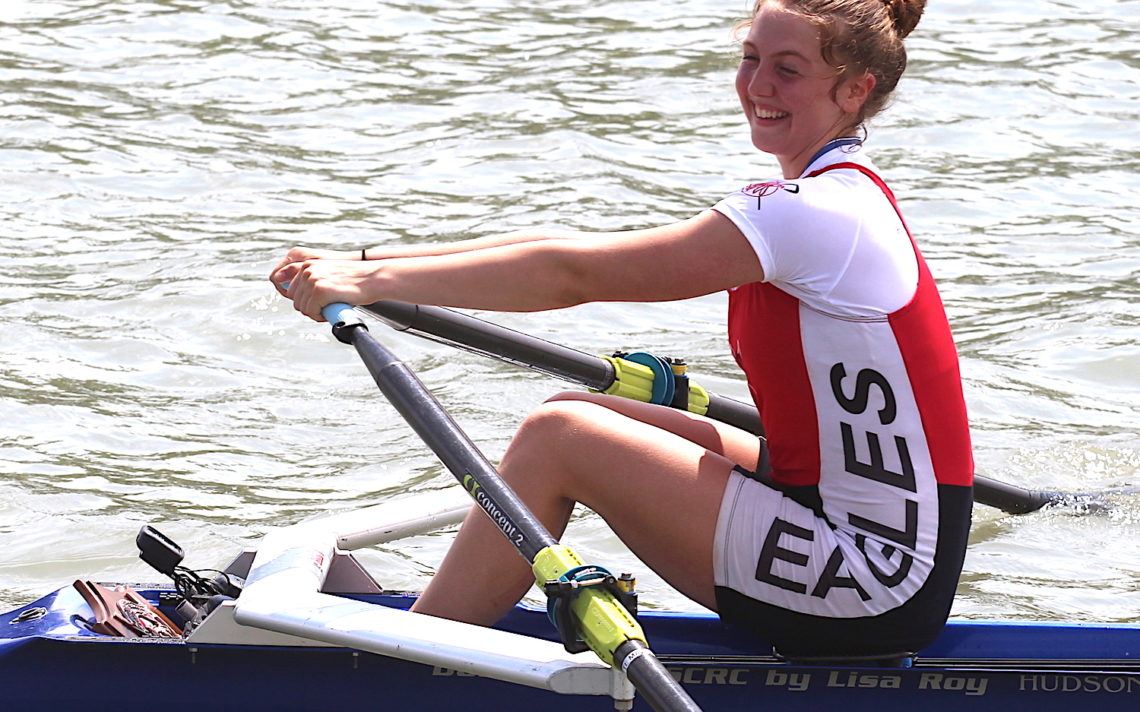 It was a golden day in the single Sunday for two Niagara rowers competing in the Canadian Secondary Schools Rowing Association championships in St. Catharines.

Mercuri made a loud arrival at the finish line of Sunday.

“I was tired, but I was yelling and screaming out loud just to keep myself going,” said the Grade 11 student. 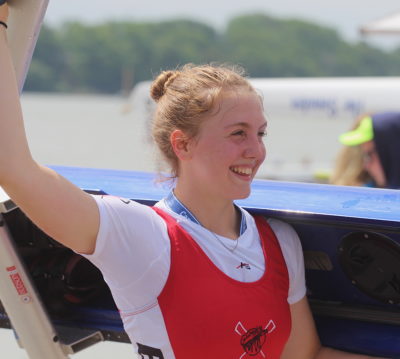 The noisy arrival was nothing new for the 17-year-old athlete, who won her second career Schoolboy gold.

Mercuri was challenged throughout Sunday’s final.

She was happy with her performance.

“It went well, but it was very, very tiring,” she said. “The competition was tough and I feel that it made it more exciting, for sure.”

She didn’t think she had the race in the bag until it was over. 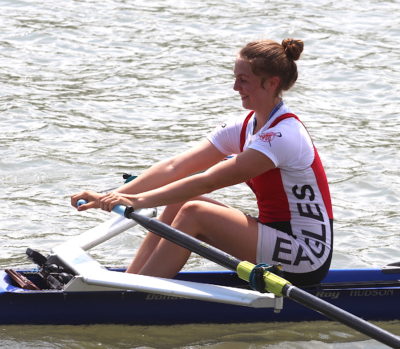 “I try not to think about it until I am finished because I don’t want to jinx it and catch a grab or something,” she said.

“When I finished, I splashed the water because I knew I was getting a medal.”

After the race, Mercuri shared a long hug in the boathouse with her former double teammate Isabel Frolick and coach Michele Fisher.

“They are both my favourites,” she said, with a laugh.

Mercuri was looking forward to a good night’s sleep before heading to the junior national team trials Monday in Welland. The Henley gold medalist ranked fourth among Ontario athletes to earn an invitation to the trials.

“It helps psychologically and with your self-confidence,” she said. “I feel good about myself. I just finished a taper and now I know I am ready for a long day or racing.

One year after making the Henley final in the single, Jastremski captured the gold medal Sunday in the senior men’s single at the CSSRA regatta. 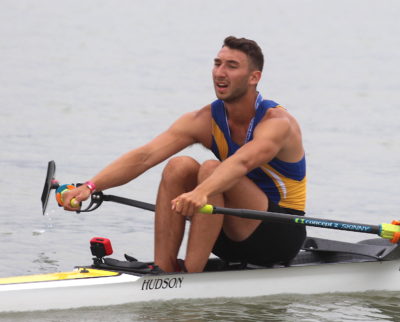 It capped a fine season for the 18-year-old, which included teaming with Neil Kennedy to win gold at the Stotesbury Cup in the senior double and placing second at the Mother’s Day Regatta in the single and the eight.

“This is the first season I have really focused on the single,” he said. “The depth of our team worked out and it allowed me to be in the single and spread the guys out in other places.”

He has enjoyed the experience.

“It is very fun to train in and racing is more intense because it is all you,” the Grade 12 student said. “It is very similar to doing a 2K on the erg.

“It is the most intense of all racing experiences.”

After winning the race, Jastremski told Crossley coach John Ruscitti that he had managed to keep his promise. 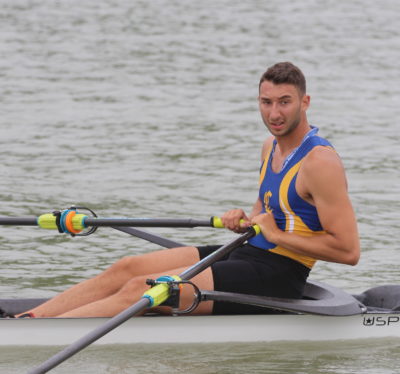 “With us racing the eight at CSSRA, in order to maintain efficiency we have spread our other athletes to other boats. For us to do the eight, all of us had to do well in all the other events.

“I was happy to do this for the team and that is what I was mostly focusing on for this race.”

On Monday, he will head to the junior national team trials in Welland. He was named to the CanAmMex roster last year for the double and quad and would love to be on a boat that is sent to the world championships in the Czech Republic. 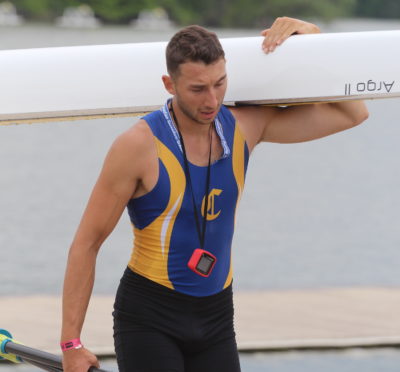 “That is the No 1 priority,” he said. “Last year, there was a lot of really intense trialling and we are hoping to really make it count this year.

Next fall, Jastremski will head to Boston University to row and study pre-medicine.

“It is the most intense varsity experience out there, I think, and a lot of the best rowers in the world go to universities in the States,” he said. “It is the highest level of competition that I could ask for so I am excited to take that challenge.”

Later in the day, Jastremski was a member of the Crossley eight that also won gold.