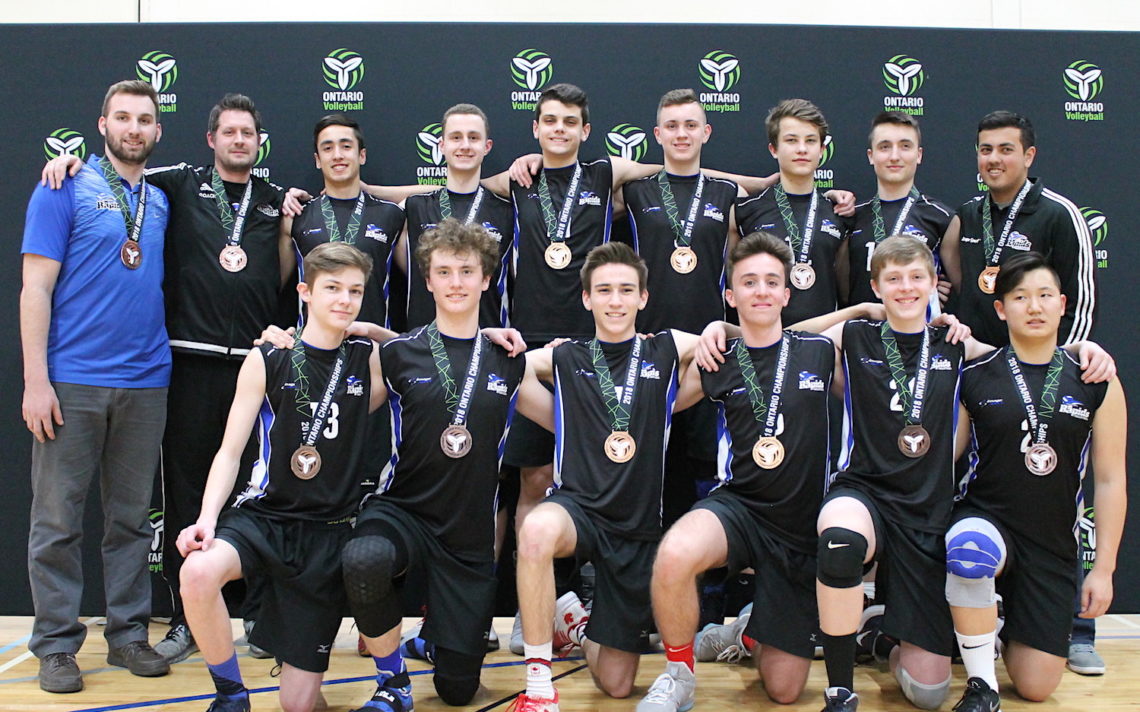 Culture was a key component of the Niagara Rapids 16 and under boys Legend volleyball team that recently placed third at the provincial championships at RIM Park in Waterloo.

“These boys push each other in practice, in competition, all while having the time of their life,” head coach Matthew Ragogna said. “They support each other on and off the court and look out for each other. Having that strong bond shows on the court when they move, communicate, and perform at a consistently high level.”

The squad also bought into the culture and the season as a process.

“(It’s) understanding that immediate results won’t always come, but buying into the systems, coaches’ feedback, and that they all hold value is important to their success both on and off the court,” he said. “Each one of these individuals are leaders on their high school sport teams; something they put aside to share a common goal together at a high-performance level.”

Ragogna was loathe to single out any one player as being key to the team’s success.

“With a new coach at the helm heading into this season, the Niagara Rapids Legend boasted a very deep roster that featured all starters at different times throughout the season,” he said. “The team had nine returning players, with three others joining from another club and through the Rapids club system.”

The team opened the season ranked third and played solidly in the difficult Premier Division.

“Their largest accomplishment was in January where they advanced to the gold-medal game, eventually losing 27-29, 23-25 to LVC (London),” Ragogna said.

The result was the team’s highest-ever ranking in the years it had played together.

Ranked fifth heading into the provincials, the Rapids went 3-0 on the first day of the event, including a win over the fourth seed; a team it had lost to in the previous tournament.

On the second day, Niagara rebounded from a three-set loss to the sixth-ranked Aurora Storm with an upset win over second-ranked Forest City from London. The win gave the Rapids first place in the power pool and a higher ranking heading into the playoffs.

Niagara earned a shot at a medal by recording a three-set victory over the 11th-seeded Scarborough Titans in the quarter-finals. Following a 2-0 loss (25-20 and 25-20) to the eventual champions and top-ranked Ottawa Mavericks in the semifinals, Niagara won the bronze medal with a 2-1 triumph (27-25, 23-25, 15-12) over the Aurora Storm.

“The third-place finish is a huge accomplishment, especially how deep the level of competition was this year across Ontario volleyball and specifically the 16 and under boys age group,” Ragogna said. “Heading into the final weekend of provincial championships for other Rapids teams, the boys currently hold the highest finish at provincials from a Rapids team this year.”

The team is now back in the gym preparing for national championships in Edmonton, Alta., on May 17-19. It is awaiting its seeding for the competition that will feature some of the best volleyball in its age group across Canada.