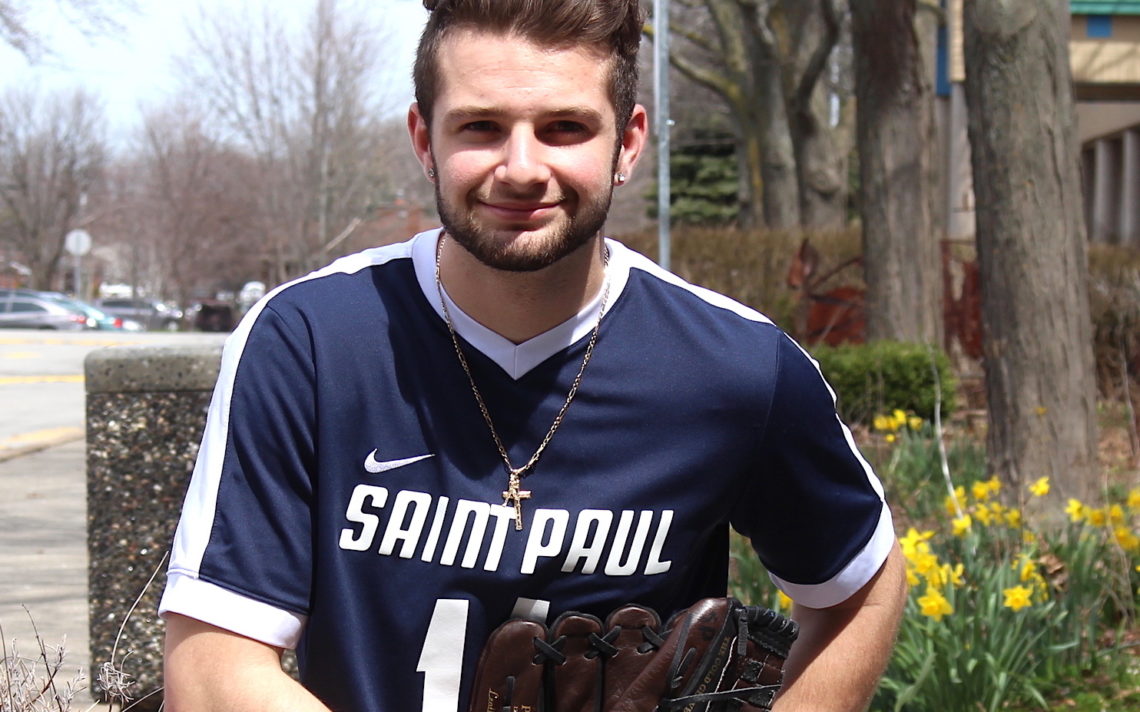 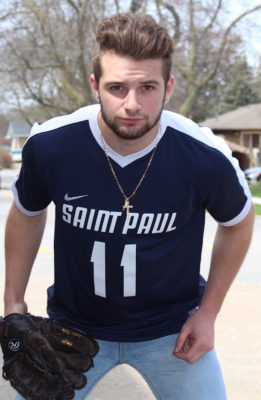 The 18-year-old’s impressive speed would suggest a post-secondary athletics career in track, but he’s focused on baseball. A former travel player with the Niagara Junior Thunderwolves, based out of Cambria, N.Y., Pasco has accepted a scholarship to chase his diamond dreams at Monroe Community College in Rochester, N.Y.

He had offers from NCAA Division 1, 2 and 3 programs, but all of them weren’t a full ride. With the present value of the Canadian dollar, it didn’t make financial sense for Pasco. He’s hoping his performance at the Juco (junior college) level will lead to a full-ride offer from somewhere.

“I will get a chance to start my first year and that will give me the opportunity to advance to a higher level,” he said.

His ultimate goal will be to open the eyes of NCAA Division 1 schools and land a baseball scholarship that makes economic sense.

“I think my work ethic will take me there and I will need to make the right decisions to get there,” he said.

He feels playing in the United States is the right path for him.

“The level of baseball is way more competitive and I think there is more opportunity to go farther in the States in baseball.”

Pasco believes he is ready to play at the next level.

“I have been ready since I was a little kid. I want to play baseball and that’s what I was born to do.”

After visiting Monroe, he felt the school was the perfect place to chase his dreams.

‘When I go to a team, I like the mentality of being with a family and as soon as I got there, the team took me in, welcomed me into the locker room and I got to play with them,” he said. “I met the coach and I had an instant connection with him. He told me if I wanted to go to the next level, that he was my guy.

“I fell in love with it right then and there.”

Pasco was a shortstop for most of his playing career, but he moved to centre field two years ago to take advantage of his blazing speed. He plans to work hard on his game at Monroe.

“Since I am still new to the position, I need to work on my routes, knowing my position better and getting stronger at the game mentally and physically.”

He can’t wait for his new adventure to begin.

“I’m excited about the chance to play baseball at the next level,” he said. “There are not a lot of people who receive that opportunity and I am not going to take that for granted. I’m going to be grateful that I am there.”

He is also planning to try our for Monroe’s track team.

“My biggest asset for baseball is obviously my running and that’s what differentiates me from other players on the field,” Pasco said. “Running track benefits me on the baseball field.”

In addition to his baseball training, Pasco works out three times a week with Niagara Regional Athletics. He is planning once again to run the 100 and 200 metres in high school and is gunning for a spot on the OFSAA podium in his final year of high school.

“There’s four kids, including myself, and we are always neck and neck and it’s literally 0.1 seconds that is always determining first, second, third and fourth so hopefully I can slip my foot through the line.”