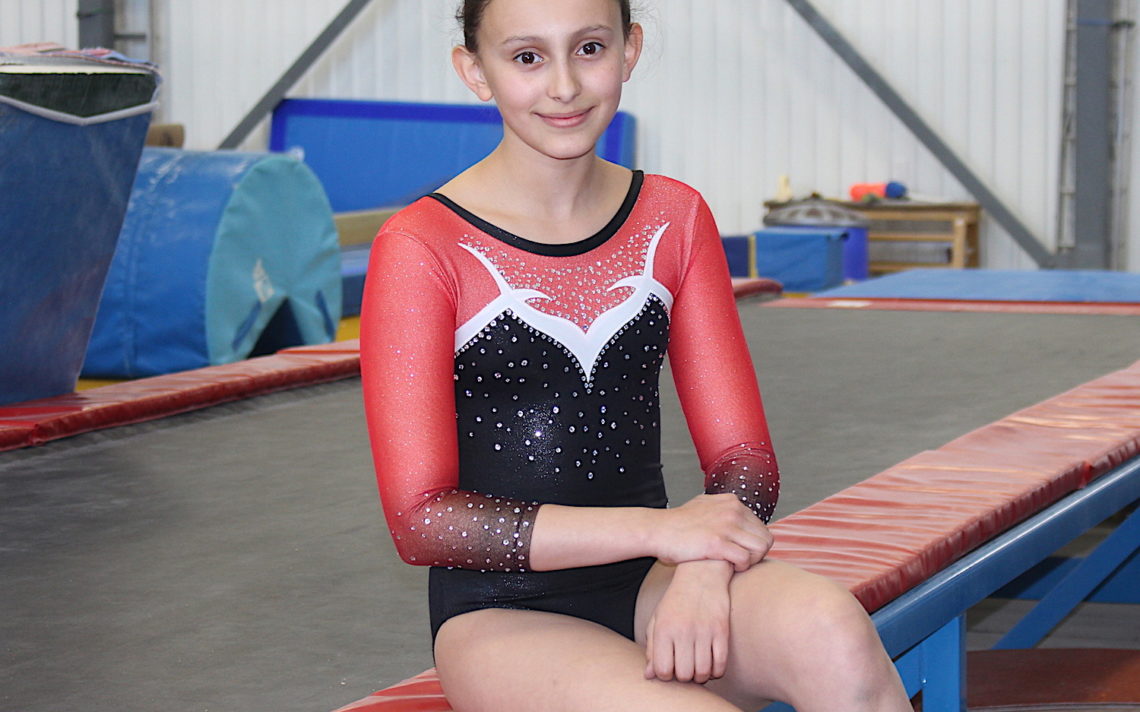 The third time was definitely the charm for Gymnastics Energy tumbler Alissa Castano.

The 13-year-old failed to qualify for the provincial tumbling championships at the first two qualifiers before achieving the necessary score in the third and final qualifier.

“The other two competitions I messed up a lot and when I actually finished everything and qualified, I was pretty happy,” the Grade 8 student at Jean Vanier in Welland said. “My goal was to get through all my passes without messing up and that’s what I did.” 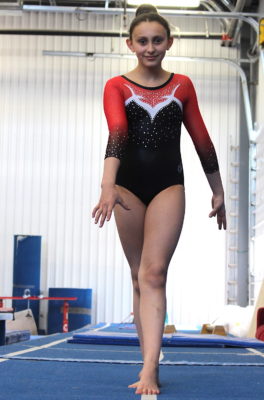 At the first qualifier, she ran too far and did half her pass (tumbling routine) on the mats, so it didn’t count. At the second qualifier, she didn’t complete her pass because she wasn’t confident enough to do so.

It all came together at the third and final qualifier.

“At that point, I was just doing it for the fun of it,” she said. “That’s what I was thinking and it got all the nerves out for me.”

She hoping she will remember that same approach at future competitions, including the provincials.

“I want to properly do my passes and do my best,” she said.

Coach Cody MacDonald is proud of what Alissa has achieved this season.

“It’s a good accomplishment, especially at Level 4, because those are the athletes who are pushing towards the national level,” he said. “For her to come over (from artistic gymnastics) in her first year and qualify for provincial championships is pretty good.”

That artistic gymnastics training has been a benefit to her tumbling skills.

“When she was in artistic gymnastics, she learned a lot of the basics,” MacDonald said. “For her coming over to tumbling and having that basic idea and being really tight (in her routines), has helped her a lot throughout the year.”

MacDonald feels the next step in Alissa’s tumbling career is for her to starting increasing the difficulty of her skills.

“Right now, she is doing a lot of single flip twisting and she needs to push towards double flips and higher-value skills,” he said. “She is not far from that right now.”

Alissa isn’t sure where she wants to take tumbling. She has been involved in gymnastics since she was six and started taking it seriously when she was eight. She finds tumbling more to her liking than artistic gymnastics.

“It was really stressful and it was a lot more hours than I couldn’t do because of homework,” she said. “School is important to me.”

She agrees her artistic gymnastics background has been a big help with her tumbling.

“The floor is a lot harder in gymnastics and tumbling it’s easier with the flips and I didn’t have to relearn anything,” Alissa said. “I just had to do it.”

She feels the biggest improvements she has made this season are getting more consistent and adding new skills.

“At the beginning, I wasn’t sure what I was doing and I thought my passes were way too long and I didn’t think I could make it. Then I got more confident and was able to go for harder stuff.”

She trains nine hours a week for tumbling

In addition to gymnastics, she is hoping to take part in track and field for her school. Last year, she competed in long jump and placed third out of 10 people at a regional meet and was part of a relay team that won gold in the 4X400 event.