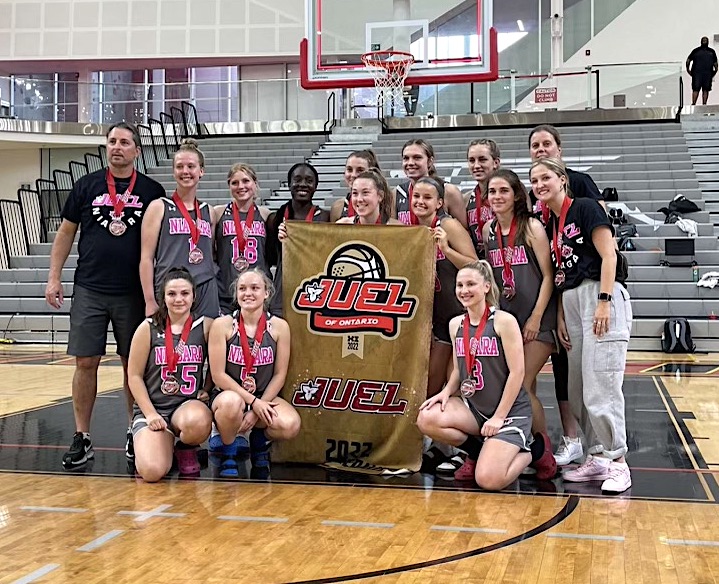 “The girls played tremendous this weekend having to battle through some adversity in each game. We managed to battle through five tough games and came through in the bronze-medal game with a nice victory,” Niagara head coach Frank Keltos said. “In the semifinal game versus Durham, the eventual champs, we had our chances but just couldn’t hit the moneyball when we needed to. Overall, it was a very, very successful season for all 12 girls and I look forward to coming back and doing it again next year.”

In the bronze-medal game, Niagara trailed the Scarborough Lady Blues 18-14 after one quarter and 30-28 at the half before outscoring them 39-22 in the second half. Niagara was led by: Alexis Wright (Centennial) and Brookelyn Keltos (Sir Winston Churchill) with 17 points each; Hannah Bourdon (GFESS) with seven points and nine rebounds; Yemi Oladipo (Churchill) with seven points and six rebounds; and, Sarah Hurley (E.L. Crossley) with six points.

Niagara advanced to the final with victories over Hamilton Transway (83-55), Oakville Vytis (86-69) and the Mississauga Monarchs (81-77) in the quarter-finals.

In the victory against Transway, Niagara grabbed quarter leads of 15-14, 31-20 and 57-39. Leading the way for Niagara were: Bourdon, 20 points and 22 rebounds; Keltos, 16 points; Hurley, 13 points and seven rebounds; Wright, 13 points and five rebounds; and, Addy with six points.

In knocking off Oakville, Niagara led 34-32 at the half but blew the game open by outscoring Vytis 52-37 in the second half. Playing well for Niagara were: Wright with 18 points and eight rebounds; Keltos with 13 points; Hurley with 12 points and 10 boards; Addy with 11 points; and, Oladipo with 10 points.

In the quarter-finals versus Mississauga, Niagara grabbed a 25-11 first quarter lead and hung on for the win. The Monarchs outscored Niagara 66-56 in the final three quarters. Helping Niagara record the victory were: Hurley with 18 points and eight rebounds; Keltos with 18 points; Wright with 14 points and five rebounds; Oladipo with nine points; Addy with seven points and six boards; and, Bourdon with six points and six rebounds. 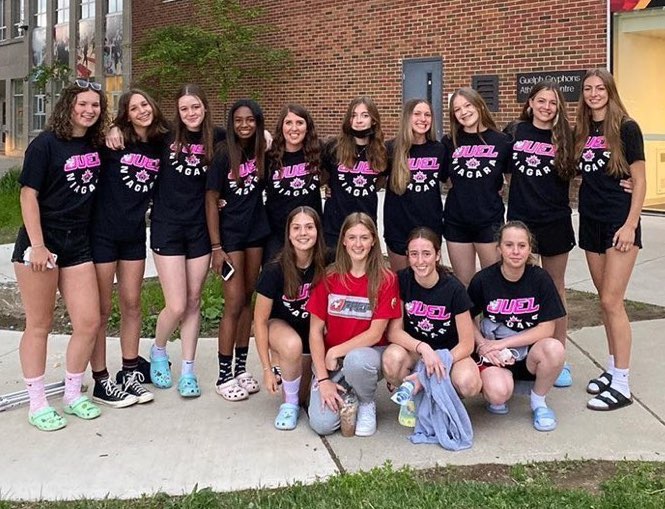 The Niagara Juel Prep girls basketball team concluded its season with a 60-53 victory over the St. Clair Stars.

Earlier in the championship weekend, Niagara lost 67-44 to Durham City and 69-55 to the London Ramblers.

“The bond amongst these girls made my first season with the Juel Prep League special. I’m very happy we could finish a tough season with a win in our last championship weekend game,” Niagara head coach Kristy-Anne Wytenburg said. “The work ethic these girls show on and off the court will carry with them throughout life. We as a team appreciate and thank all of the hard work the Pelham Panthers executive does behind the scenes. The support amongst this basketball community is enormous and it’s something that makes me proud to call Niagara basketball home.”