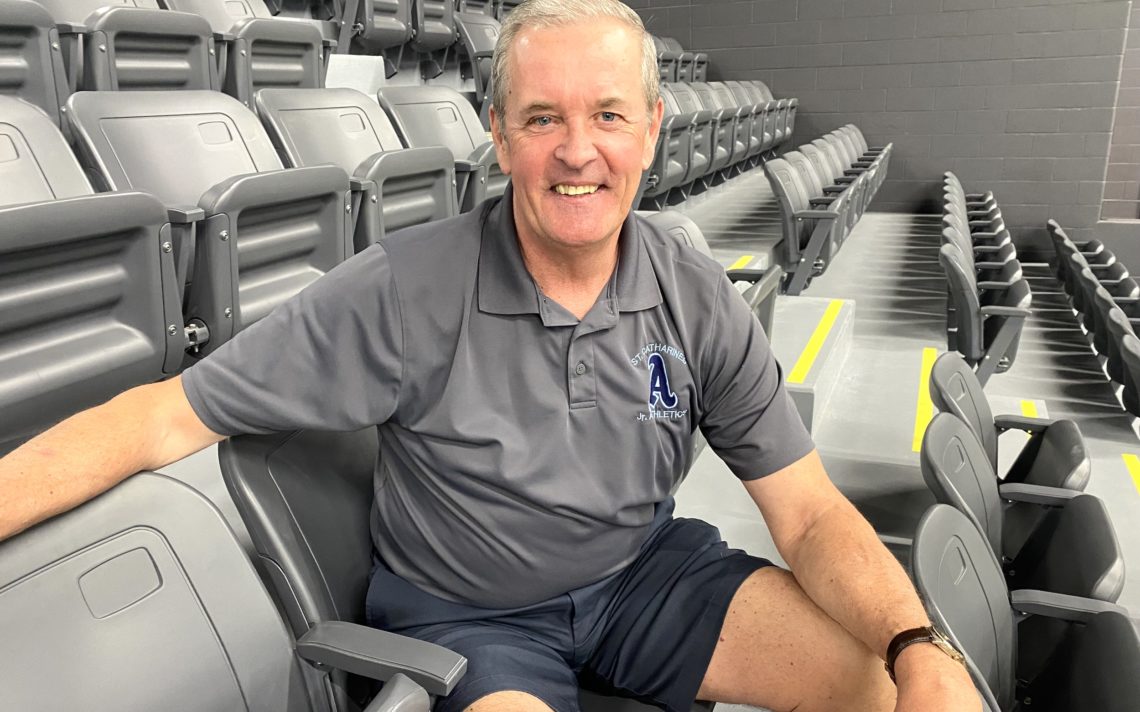 Coates Sportsperson of the Year

Mention the St. Catharines WMKL Athletics and invariably the name of Paul Coates gets brought up.

The 63-year-old Rexdale native is in his 13th season as president of the St. Catharines Athletics junior A lacrosse team and has a well-earned reputation in the lacrosse community of being organized, reliable and doing things for the right reasons.

“First-class organizations start at the top and since I’ve been here Coatsy has been nothing but first class,” A’s coach Steve Toll said. “That’s the type of guy he is. He runs things the way they should be run and treats people with respect.

“People talk about St. Catharines and they say first class right away and then Coatsy is usually the second name they mention. He is well known by everyone.”

Coates does the majority of his work behind the scenes, but that doesn’t mean his efforts have gone unnoticed.

Coates is this year’s recipient of the 2021 St. Catharines Sportsperson of the Year, an honour he never saw coming.

“I had no idea. None. Zero,” Coates said. “I was shocked. It was the same as the Old Boys banquet when they made me a lifetime member. I was totally caught off guard.

Coates became involved with the A’s after his sons played for the double blue.

“They treated Danny really well and then Spencer went through the whole program and I thought I needed to give back,” Coates said.

Under Coates’ leadership, the A’s have returned to prominence on the floor and have cleaned up their books.

“It wasn’t until 2016 when Harry Erskine came on board and he was the guy who put a plan in place of how to raise money and get sponsors,” Coates said. “I can’t say enough about him.”

Coates is quick to give credit. He mentions general manager Jeff Chcoski, the entire coaching staff, treasurer Todd Zavitz as well as a long list of others who work tirelessly behind the scenes.

“They’ve been amazing,” Coates said. “We have an amazing board of over 12 people. That is a rarity in junior A lacrosse. Most people have four or five people that do everything. We have a tremendous group. A lot of them are parents of players who played long ago and are still giving back which is phenomenal.

“My name happens to go on this award but I couldn’t have done it without that whole team behind me.”

A’s assistant coach Rob Taylor, the longest serving member of the coaching staff, said Coates is wise enough to realize he can’t do it all alone.

“He’s been really good and putting the right people in the right spots and getting good people to surround him and help him out,” Taylor said.

“Coatsy wants things done properly,” he said. “He puts people in the proper positions and then trusts them to do the job.”

Zavitz works closely with Coates and appreciates his work ethic.

“He’s just an all-in guy,” Zavitz said. “He’s our leader. He’s just so passionate about what he puts in from start to finish he’s there for us. Without him, he’s our backbone in the sense of the organization for sure.”

Coates and the organization worked overtime last summer as the A’s won the Ontario Junior Lacrosse League championship in a year that saw the Minto Cup cancelled due to the COVID pandemic.

“We knew we had a good team but there was a lot of work putting it together,” Coates said. “Everybody really worked hard and I couldn’t be more proud for the players. They were the guys that thought they wouldn’t get a chance to wear the double blue A on their chest again.”

He is also proud of the organization taking over the Spartan junior B program and feels playing their home games out of the Canada Games Park will only enhance the program.

“People are excited to come here and watch lacrosse. I’m super proud of this facility and can’t wait to show it off at the Canada Summer Games.”

Coates, who works as a salesman, said he still has some gas left in his tank to continue volunteering.

“I think at this stage I would like to see it through for three more years when that final group are in their final year. We should have a good opportunity to do some damage.

“I’ll keep at it. It’s a lot running both teams but it’s really gratifying and I’m really proud that I’m involved in this organization.”