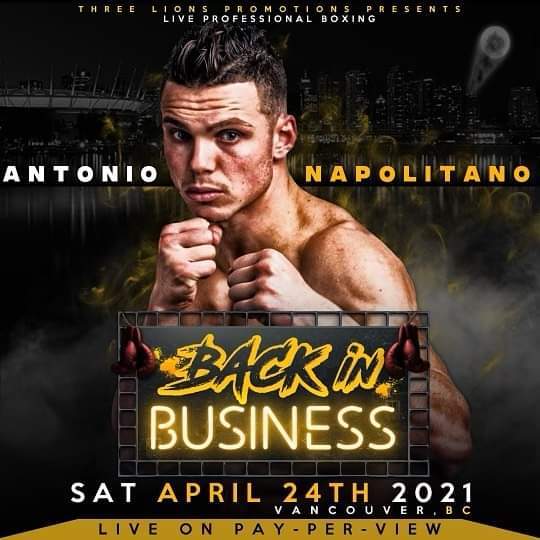 After a long wait, Antonio Napolitano is ready to get back into the ring.

His opponent for an April 24 fight on pay per view in Vancouver, B.C. will be Codey Hanna, a Winnipeg boxer who boasts a 7-5-2 record but has six wins and a draw in his last seven fights.

Hanna is considerably heavier than the St. Catharines Boxing Club fighter but Napolitano has agreed to fight at 172 pounds.

“That is the biggest weight I have ever fought at but I already weigh 172 and I walk around at 170,” the 27-year-old St. Catharines native said. “I have fought bigger guys in the ring, out of the ring and I have been in amateur fights where the guy came in 12 pounds heavier than me and they were punchers too,” he said. “I wanted to take those fights because you train so hard and everyone showed up to watch you.”

In Ontario, boxers weigh in on the day of the fight but in British Columbia fighters weigh in the day before which will allow Hanna to put back on as many pounds as he wants. Napolitano isn’t worried.

“The way I look at it is if someone is walking down the street and they chest bump you, you are not going to pull out a scale for them to step on or pull out a book to see how many wins and losses they have,” he said. “You are going to fight them right there.

“I know boxing is a business and you have to be smart and make some money but I try to look at it from all angles.”

The other opponent suggested for the fight was a boxer with a 5-10 record and that was a non-starter for Napolitano, who has a 5-0 record with three knockouts.

“I don’t want to fight a fighter with a 5-10 record because it is not a good look plus I would have had to cut weight for it,” he said. “It (April 24 fight) is one of those things. You are a fighter and you fight.”

His last bout was a knockout victory over Kenny Chery on Nov. 23, 2019 in Niagara Falls but the middleweight is not worried about ring rust.

One thing Napolitano is thrilled about is not having to sell tickets for the fight. That is the things he hates the most about being a pro boxer.

“I am extremely happy,” he said, with a laugh.

He is OK with the decent payday he is getting for the fight.

“Everyone is get low-balled because of COVID,” the former national senior silver medalist said. “People who should have been making a 100 grand are probably lucky to make half of that. I didn’t even know how they were going to pay for the fight but they told me how much and I was happy with it. For not having to sell tickets, that is pretty good.”

Because of COVID restrictions, there will be no fans in the stands in Vancouver but that too doesn’t faze Napolitano.

He admits the crowd gets him fired up but there will benefits to fighting in front of empty seats.

“At the end of the day, I will be able to focus better.”

The Vancouver card  is being staged by Three Lions Promotions, a promoter Napolitano signed with in January 2020.

It has turned out to be a good move.

“Not a lot of people are fighting right now so I am lucky to be fighting and they are the ones putting the show on,” he said. “A lot of other promoters in Ontario are trying but it’s a risk at the end of the day.”

Napolitano is making any big plans with regard to his future pro boxing endeavours.

“I’m taking it one day at a time and not get too caught up in things. COVID has showed us that things can happen overnight.”

Time is running out to to win with BPSN! 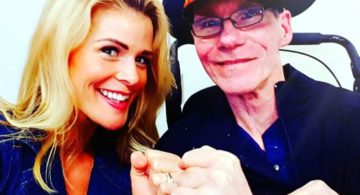