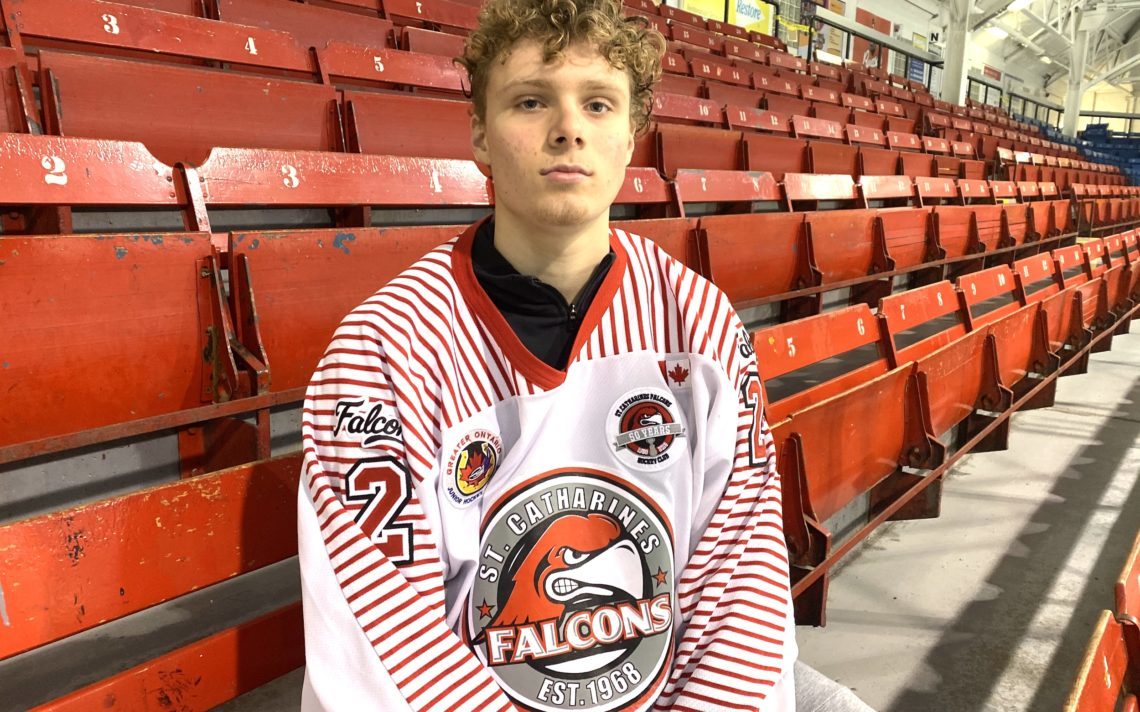 Matteo Giampa is on the move.

The 17-year-old Niagara-on-the-Lake resident has already made arrangements for next season, committing to the Brooks Bandits of the Alberta Junior Hockey League.

“It was a hard decision, because I wanted to make the right one, but it really came down to wanting to play on the best team and having the ability to develop as much as I can so I can move on to the next level,” Giampa said. “I didn’t really care what league. The ultimate goal is to go to the best situation and the best place.”

Giampa, a six-foot, 176-pound forward, was selected in the seventh round (142nd overall) by the London Knights in the 2019 Ontario Hockey League draft. He spent last season at The Gunnery, a prep school in Connecticut, where he netted nine goals and 19 points in 35 points as a 16-year-old rookie.

Giampa hooked up with the St. Catharines Falcons of the Greater Ontario Junior Hockey League for this season, but has been kept off the ice due to the COVID-19 pandemic. He is still hoping to get on the ice at some point — the GOJHL hasn’t officially canceled their season — but is grateful to have his affairs in order looking forward.

“I’m extremely fortunate to have the opportunity to know for sure where I’m going to play next year,” he said. “Especially today, when there is a lot of uncertainty in the world, it’s a great feeling. I can just have my mind set on one thing and just focus on that.

“It’s definitely is a good thing.”

Giampa was tipped off to the Bandits by a buddy.

“A friend was trying to get into a prep school and he introduced me to a guy and he was a scout for Brooks and that got the ball rolling. He’s been watching me and set up some meetings with the coaches and managers,” Giampa said.

Falcons coach Tyler Bielby, who recruited Giampa for this season, feels the hard-working forward will excel in the AJHL.

“There is some really good hockey played in the AJ,” Bielby said. “Matteo is motivated to be better everyday and I think Brooks will be happy to have him. He brings a mindset and work ethic that will allow him to adapt early. Once he gets settled, I imagine he will have an immediate impact.

“His mindset is matched by few and that is his biggest asset. He will go into camp wanting to be the best player on the ice. That attitude mixed with his natural skill set, won’t see him be denied. This is the next step in his hockey journey, but it won’t be his last.”

Giampa, who continues to take classes virtually from The Gunnery, misses everything about being a hockey player.

“Definitely missing the lockeroom with the guys on my team. I miss competing against people and different teams,” he said. “Showing up to the rink every day playing hockey, that’s kind of what I live for.”

He is still holding out faint hope of skating for the Falcons this season, although, time appears to be running out.

“I haven’t heard anything but just crossing my fingers that it starts up again,” he said. “It sucks but I’ve been working out, skating, and do school work. That’s all really have done. You just try and keep yourself busy. That’s the best you can do now anyway.”