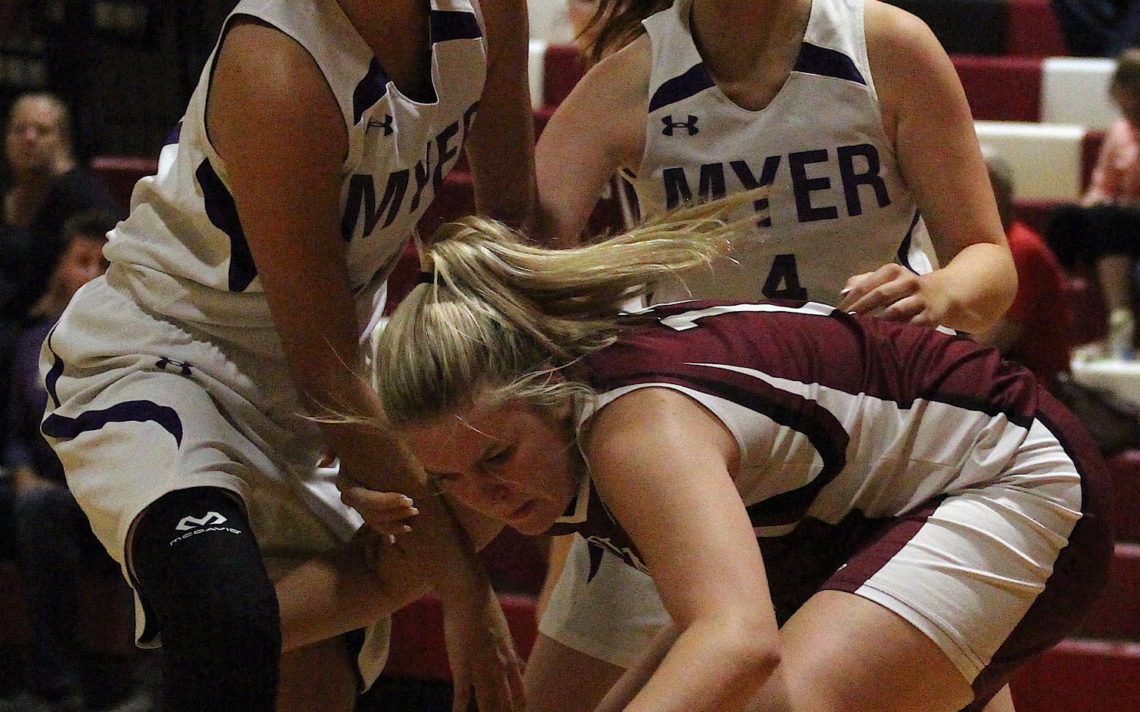 Julia Colavecchia netted 24 points and Tori Rigas-DiDomenico added 19 to power the A.N. Myer Marauders to a 64-51 victory over the Saint Michael Mustangs Thursday night in the championship semifinals of the Standard Girls Basketball Tournament.

The Marauders built quarter leads of 19-14, 29-25 and 59-38 to advance to Friday’s final against the Sir Winston Churchill Bulldogs. The game will be played at 7:30 p.m. at  Governor Simcoe.

“It was a great game and both teams played hard right to the very end,” Myer coach Kate Harpur said.

Like most teams in the tournament, the Marauders received big contributions from players in Grade 10. Colavecchia was outstanding and fellow Grade 10 player Molly Taylor chipped in with nine points.

“Every team has some talented girls and every school seems to be pretty deep,” Harpur said. “I think basketball is getting bigger and better in this area and the girls are really committed to the game.”

The Mustangs were hurt by missing several easy layups.

The Mustangs went into the tournament on a roll, knocking off Saint Francis in a league game Monday night.

“It was the beginning of some good ball,” Bobyk said. “They are starting to come around.”

Grimsby will play Denis Morris in the consolation final Friday at 6 p.m. at Governor Simcoe.

Lexxus Bell scored 11 points and Emily White added 10 to spark the Denis Morris Reds to a 43-18 victory over the Holy Cross Raiders in the Standard consolation semifinals Thursday.