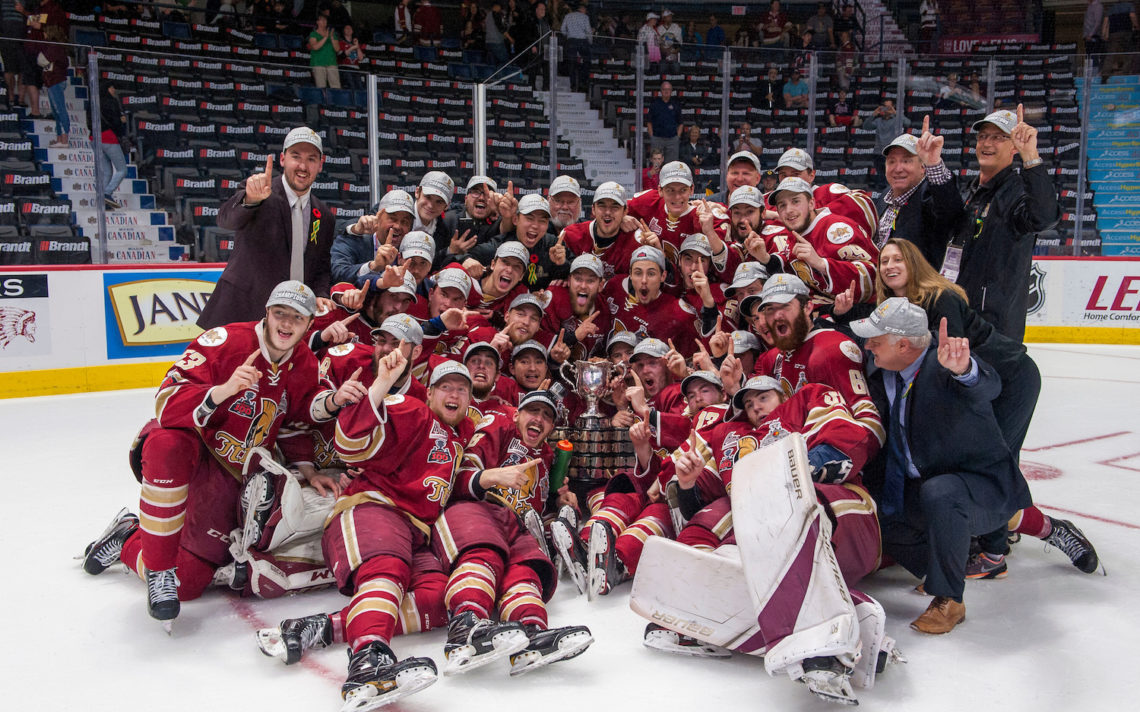 Joseph Murdaca is savouring every minute and memory of being a Memorial Cup champion.

The 20-year-old Niagara Falls resident was the backup goaltender for the Acadie-Bathurst Titan, who knocked off the host Regina Pats 3-0 to win their first Memorial Cup in franchise history last week.

“It’s been one hell of a ride. I’ve been very fortunate to be with such a great group. We have a really close group of guys.”

The former Niagara Falls Canucks backstop says he will never forget the experience.

“It’s awesome. Your name is going to be engraved as part of history, especially since it was the 100th Memorial Cup, so that’s even more special,” he said. “I think the best feeling is being part of history and having your name on that trophy.”

Murdaca joined the Titan after spending last season with the Erie Otters who also made it to the Memorial Cup, but lost in the finals. 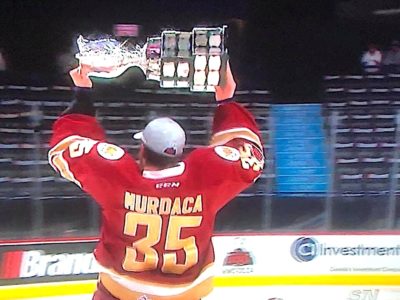 Murdaca didn’t see the ice in the post-season, but his experience from last year came in handy.

“I didn’t get to play much, but I’ve been supportive,” he said. “The coach had a meeting with me and another guy who went the Memorial Cup before just to help the guys understand what’s going on and how ready we have to be. They told us to tell the guys what’s happened before and what needs to be done.

“The experience helped for sure, especially in pressure moments like overtime, we were able to calm the guys down.”

Murdaca did get into 21 games during the regular season where he posted a 2.67 goals-against average and .904 save percentage. His playing time was cut into dramatically when the Titan traded for St. Louis Blues prospect Evan Fitzpatrick.

“He was a great goalie partner and I wouldn’t change it for the world,” Murdaca said.

Murdaca is finally heading home this week, but not before a parade and team dinner to wrap things up.

“It’s the hardest trophy to win and you’ll never forget the guys you play with or the other people you shared the experience with like your billets and the community,” he said. “It was a great accomplishment for us and I was glad to be part of it.”

Murdaca hasn’t been home since Christmas and can’t wait to see his family and friends.

He hopes to get the Memorial Cup at some point this summer and show it off.

“I’ve already got a bunch of text messages. It’s going to be awesome,” he said. “I’ll get to go out with family and friends and party with it. Everyone knows what the Memorial Cup is.

“It’s going to be pretty fun.”