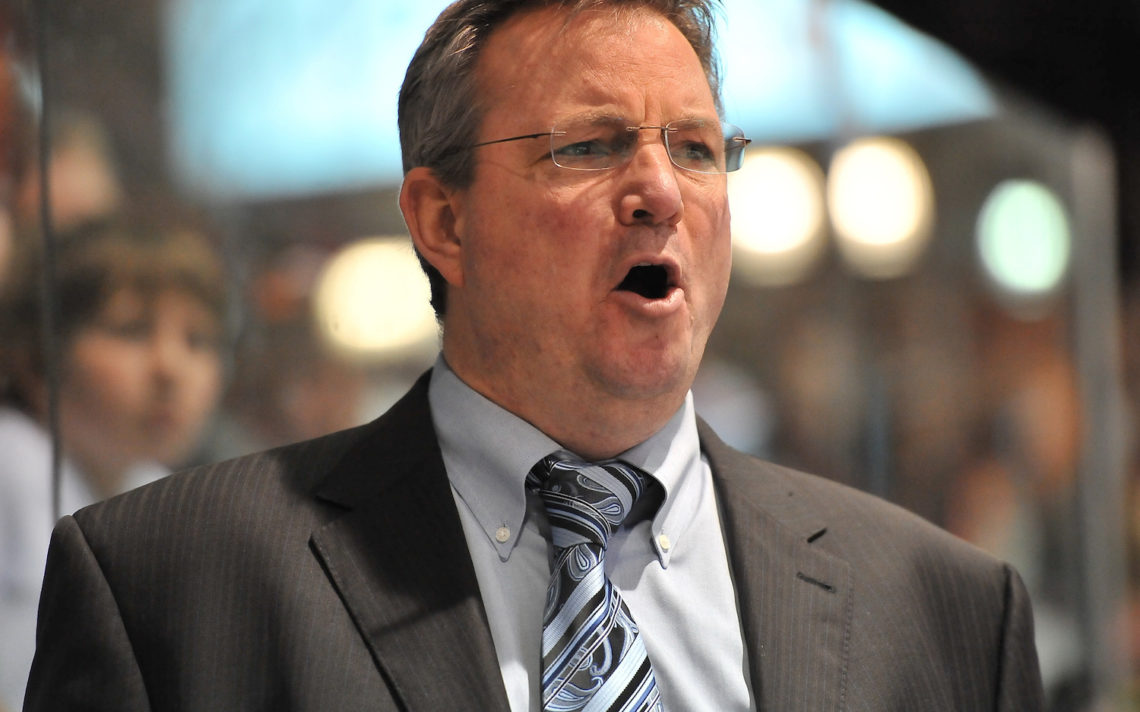 Marty on the mic

Marty Williamson isn’t ready to quit his day job and leave coaching, but he certainly seems to have another option to stay in the game as a broadcaster.

The 55-year-old interim men’s hockey coach at Brock recently completed a stint as a colour commentator for the Memorial Cup on Sportsnet Radio working with play-by-play man Mel Raskin.

“It’s been a thing where I get to go watch the best hockey and the practices and things that intrigue me as a coach,” Williamson said. “It’s a bit of a long 10 days, but every game was close and exciting and the job is pretty easy as the colour guy. “

Williamson, who said he has already been asked about reprising his role at next year’s Memorial Cup in Halifax, approaches the job from a coach’s point of view.

“You have to be prepared and do some homework on the teams so there is some work there,” he said. “I’ll give him insights into what the coaches are thinking and the matchups for the games. I use my coaching experience and give my opinion on what they were thinking and on what they would do in that situation.

“It’s a lot of fun. I really enjoy it. We had a lot of real nice compliments.”

Williamson, who joined the Badgers last season after 12 years in the Ontario Hockey League with the Niagara IceDogs and Barrie Colts, said he is close to returning to Brock.

“We’re very close to having things done,” he said. “I would think in the next two weeks for sure there should be an announcement.”

Williamson was hired last August on an interim basis by Director of Brock Sports Neil Lumsden.

“It was made quite clear me it was an interim position and I would have to apply, but he would give me a leg up,” Williamson said. “With the season being as successful as it was and everything lining up, I felt a little more comfortable in my belly that things were probably going to work out.”

The Badgers enjoyed their most successful season in recent memory capturing an Ontario University Athletics silver medal and a berth at the National Championships for only the second time. The first time was in 2008 under coach Murray Nystrom.

Williamson admitted staying in Niagara was his first priority.

“We want to be in this community,” he said. “My son (Sam) is in high school and is in the minor hockey system here and we have a lot of friends here. To go looking at this stage of my life is not what I wanted to do.”