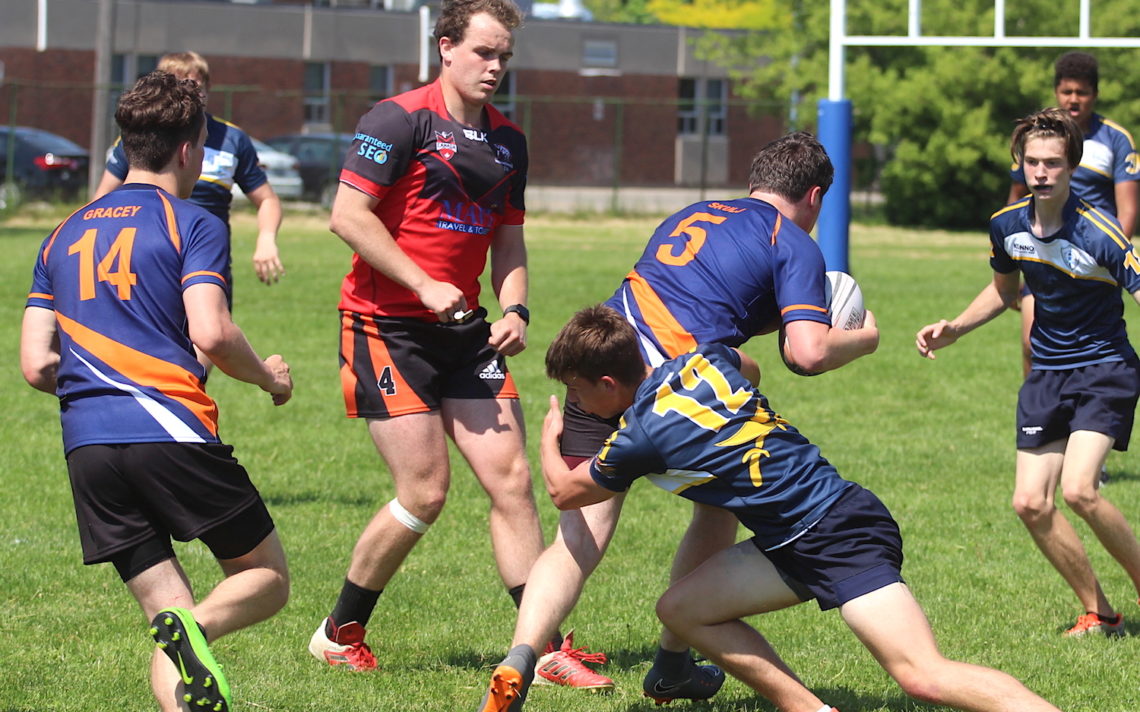 Rugby wasn’t on Gabe Maskaluk’s radar when he first arrived at Eden.

“I had never even heard about rugby before I started playing and I actually joined the team halfway through Grade 9,” the Grade 12 student said. “I fell in love with it right away and a lot of guys have fallen in love with it.” 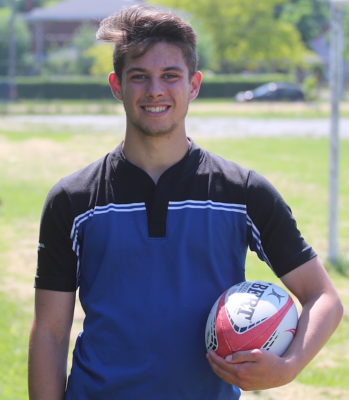 The 18-year-old describes it as a sport like no other.

That sportsmanship also carries over in the way players interact with the officials.

“No one yells at the refs or talks back to them,” Maskaluk said. “It’s very calm, cool and collected.”

On Tuesday, Eden played an exhibition match versus powerhouse Saltlfeet. It was the squad’s final game before competing at the Ontario Federation of School Athletic Association A/AA championships June 7-9 in Belleville. Because Eden is the only A/AA boys rugby program in Niagara, it gets an automatic berth at OFSAA.

“It’s a little bit tough and our team is a lot smaller than we have been in past years so the size isn’t there,” Maskaluk said. “It makes it harder to compete against the bigger teams when we are Toronto, Mississauga or London.

“We are playing triple A schools that are double the population of Eden.”

Eden does well most of the time.

“Sometimes we get pounded and sometimes we hold our own as well,” Maskaluk said.

He feels it is important for Eden to continue its rugby program.

“It gives kids another opportunity to play a different sport,” he said. “We don’t make any cuts on this team and everyone is very welcoming. Dave (Hunter), our coach, is an amazing guy.”

That feeling is mutual. Maskaluk is the team captain and important on and off the field for the Flyers.

“He is unbelievable, especially this year because I haven’t been available as much,” Hunter said. “We had a touring team here last week and he arranged a team meal and made sure all the billets were in place. He is an amazing kid.”

Maskaluk is also strong on the field.

“He is a quality player,” Hunter said. “He is playing the most important spot on the field, scrum half, and you want a kid there who is very bright and thinking all the time.”

Because it has no league, Eden travels around the province playing exhibition games and tournaments in various locales such as Guelph, London and Toronto.

“We are a little bit inexperienced,” Hunter said. “Last year was my top team because I had a bunch of Grade 12s and they were in the program for a lot of years.”

That team went to OFSAA seeded ninth. It beat the eight-place team and then matched up against the top-seeded team, Adam Scott from Peterborough. The game was tied 10-10 at the half before Eden ended up losing 20-10,

“This year, I have eight kids who have never played before and I have a very small team with only 22 boys,” Hunter said. “Most of them are Grade 11 and I only have three kids in Grade 12.”

In his 15th trip to OFSAA with Eden rugby, Hunter has no expectations.

“We are just going to go in and have fun,” he said.

Maskaluk is on the same page.

“We have no expectations, no clue or no idea where we will be seeded because of a lack of a season,” he said. “This year, it seems it is very wide open because a lot of schools have lost some of their key players as well.