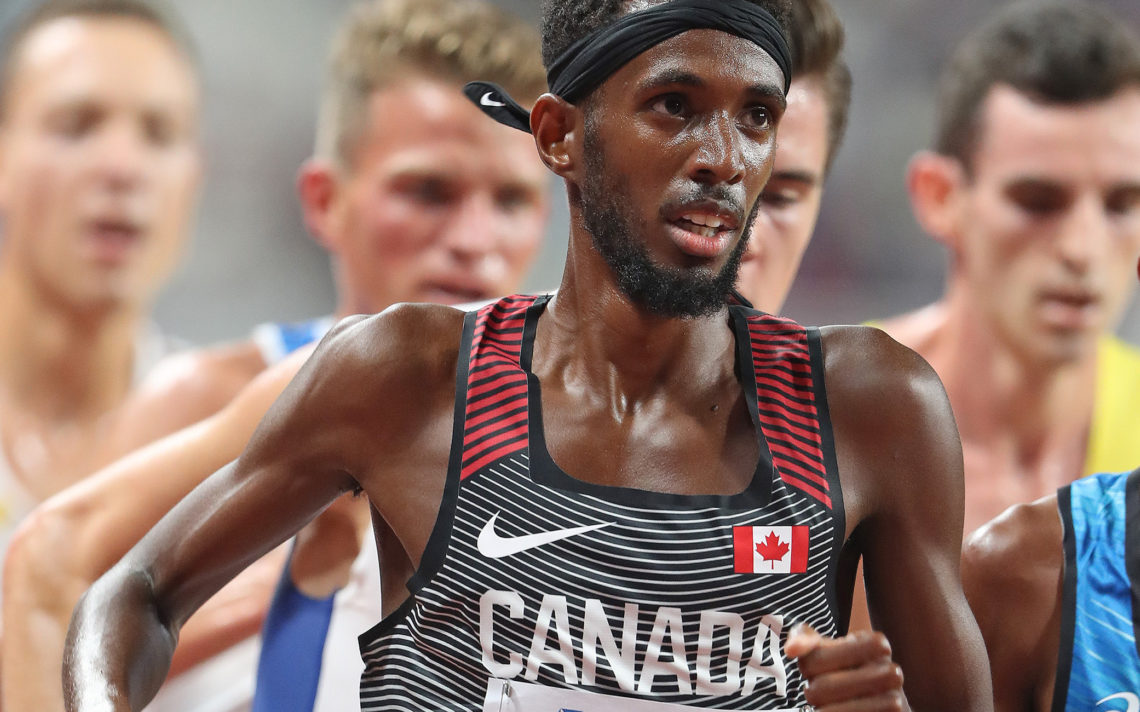 Moh Ahmed will be going for gold in the 5,000 metres and 10,000 metres at the Tokyo Olympics. Photo by: Claus Andersen/Athletics Canada.

The Tokyo Summer Olympics is Mohammed Ahmed’s time to shine.

The St. Catharines Collegiate grad heads to Tokyo coming off a bronze medal in the 5,000 metres at the 2019 World Athletics Championships in Doha, Qatar, and a bronze medal this past June in a 5,000-metre race at Diamond League event in Florence, Italy. He will be competing for Canada in both the 5,000 and 10,000 metres.

“My goals and my intentions are to go for gold and that is what I have been gearing up for for a long, long, time,” the three-time St. Catharines Athlete of the Year said. “I feel like I am one of the players to do that and I am in the medal hunt, for sure, in both events.” 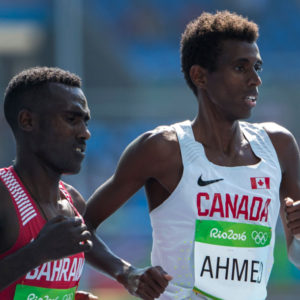 “It’s going to be tough and there are a lot of key players but I feel like the expectation for me is that I want to get a medal. I want gold if possible.”

The Bowerman Track Club member believes his past Olympic experiences will help in Tokyo.

“I know what it is like and I’ve been there and done it. It is not something to celebrate for me. The one thing for me is that I have been looking forward to performing at the highest level and being on the podium. That is what I celebrate and I am excited about.”

“It is an honour and it is the one per cent of the one per cent. In the 5,000 metres, the individuals who made it are 24 or 25 of the best in the world,” said the seven-time All-American at Wisconsin. “To be among that is amazing. When I look back to when I started in the sport way back in 2005 and 2006 in the early OFSAA (Ontario Federation of School Athletic Associations) days and my Grade 9 year at Collegiate, it is something that I dreamed about.

“Being an Olympian makes that 12-13-year-old kid proud but I have gone through a lot and it is not something that makes me excited. The exciting moment was 2012 when I made it, not 2021. I got that out of my system and 2016 was amping up to be a player. And now I am one of the players and it is about proving that.”

Like every Olympian, Ahmed’s chance to prove it at the Olympics was delayed one year by the COVID-19 pandemic.

“Last year, our coach did a good job of keeping us accountable and keeping us on track to train,” he said. “Obviously we were fortunate enough to have some races as well. COVID didn’t change anything aside from just the waiting. I was gearing up for it and I felt ready and so excited to compete but then the rug was pulled out from under our feet and then it was another wait. The waiting was the hardest part for me but training was consistent, solid and I feel like I am ready.”

But one year later is he even more ready?

But since then, he set a North American record in the 5,000 metres and recorded some of his best-ever times in other events.

“And in my first (5,000-metre) race of this year, I came within three seconds of that time and I felt like I was still in a heavy base phase and stuff like that.”

The extra year of training has changed the dynamic of some of the competition Ahmed will be competing against in Japan.

“It’s younger guys and I am a year older but I feel that I am still in my prime. I am still mixing it up with those guys and the one Diamond League race I did this year, I came third and I was right there until the end. I pride myself on competing on the big stage.”

He isn’t concerned about the COVID-19 pandemic situation in Tokyo.

“You would think that they will do their best to put us in a nice situation. We are going to be in a bubble and for us we live the solitary life. That’s just what we do and it is going to be the same thing in the village. We have to have proper etiquette, hand sanitizing and face masks.

“It is what we have had to deal with for the last little bit.”

He has been double vaccinated but with the new variants around, he is going to act like he isn’t jabbed.

“You have to be extra cautious,” he said. “The heat is going to be something and so are the COVID protocols that we will have to go through every single day. It will be rigorous and you just can’t lose your head and that is what I am going to try and do.”

Ahmed has been training in Park City, Utah, since April in preparation for the Games.

“It has just been a grind, more than anything. I would describe it as waiting for a prolonged period of time, more time than I have ever waited. That is pretty much what it is.”

“I am looking forward to achieving my goals,” Ahmed said. “We can’t experience the city like we would in normal times so I am going to treat it as just competition and performance.” 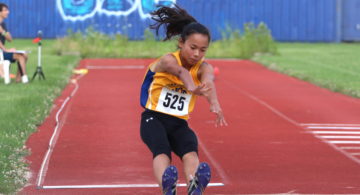 From the court to the track 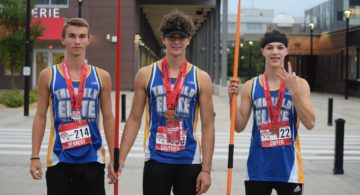 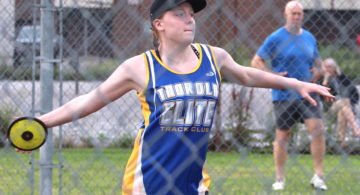 Back at the track