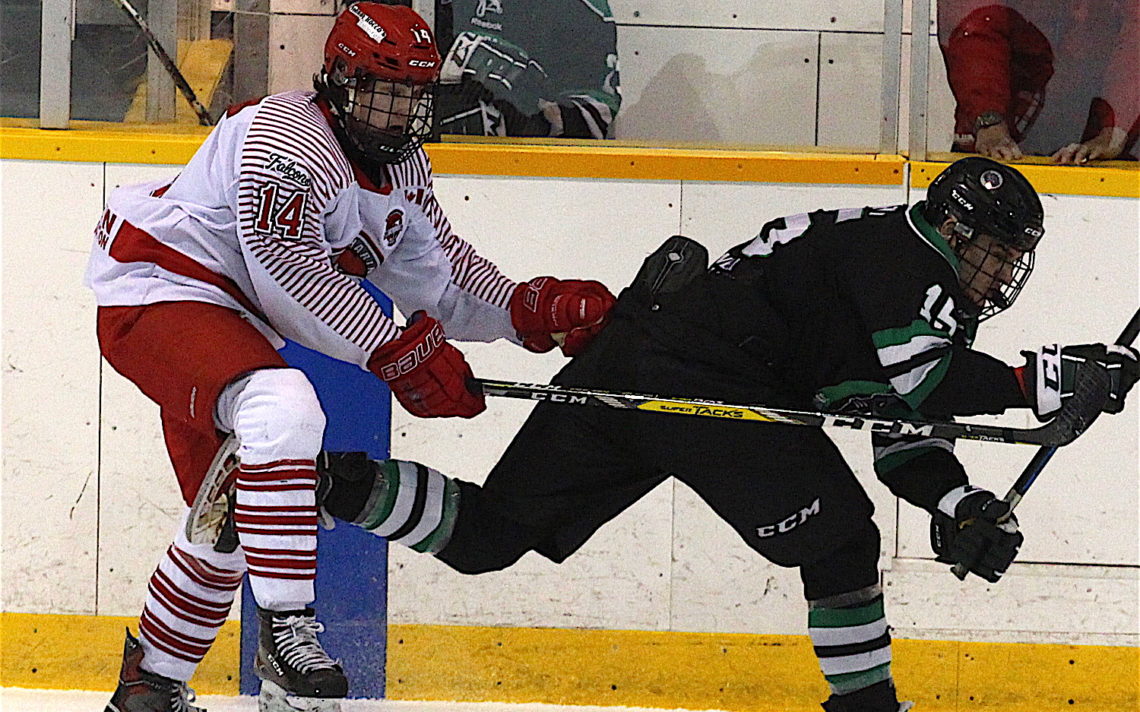 Evan Miller is a prime example of good things coming in small packages.

The diminutive winger is listed at 5-foot-7, 130 pounds, and even that might be an exaggeration.

But size — or lack there of — hasn’t prevented Miller from making his mark with the St. Catharines Falcons.

The win was the seventh in eight games for the Falcons, who improved to 19-5-0-2.

Miller has a big fan in Falcons coach Dan Fitzgerald.

“He’s done a great job,” Fitzgerald said. “He’s one of those guys who can go up and down the lineup. He helps us on the penalty kill and helps us on the power play on the second unit. When guys go down in the top six, he’s available and we know he’s going to do a good job.”

Miller played most of Friday’s game on an effective unit along with Carson Eden and Jaleel Adams.

“I thought the whole line was buzzing,” Fitzgerald said.

Miller, a 17-year-old native of Niagara-on-the-Lake, is as smart as he is shifty.

“He’s a little deceptive in his speed,” Fitzgerald said. “He’s a little quicker than guys think because he’s so languid in his stride. He’s a slippery bugger. He hits his spots and he’s creative in the ways he gets to pucks.”

Miller played major midget AAA last season and had a good enough campaign he was selected by the Erie Otters in the fifth round of the 2017 Ontario Hockey League U18 Draft.

“I was a smaller guy and I worked hard in my major midget year and had a good season,” said Miller, who attends Holy Cross Secondary School. “It boosted my confidence coming into this season.”

Miller attended camp in Erie before hooking on with St. Catharines

“I had a good camp,” he said. “I’m hoping to go back next year and stick with them.”

Miller now has four goals and 17 points in his rookie season.

“I’m just trying to work hard. I had a slow start to the season but it’s starting to come along,” he said.

St. Catharines dominated territorially in the first period outshooting Pelham 12-7 but only led 1-0. Arber Zhekaj netted the lone goal of the period.

The teams exchanged goals in the second before Zach Lawrence added an insurance marker into the empty net with less than a minute to play.

The Panthers, who have already upset the Falcons twice this season, did a good job of sticking to their game plan and clogging up the neutral zone while waiting for a break or power play to go on the offensive.

“We just wanted to do everything we could to get it to the red line and then get it deep,” Fitzgerald said. “We know once we get pucks behind the defence, of anybody in this league, we can sustain pressure and wear teams down.

“The score was tight and we knew we would get their best effort. I thought we were pretty good. I wasn’t disappointed in our effort. It was a grinder’s win.

Falcon facts: Tanner Main, Mitch Pellarin and Dillon Lamarche did not dress for the Falcons  . . . Connor Brown, Jake Herrberg and Tyler Kennedy were scratched for the Panthers . . . Falcons centre Michael Davies suffered a laceration on his hand from a skate on the bench and had to go to the hospital for repairs . . . The Falcons will hold a food drive at next Friday’s game versus Ancaster  All donations are for @communitycarest

The Niagara Falls Canucks poured in six goals in the opening period en route to an easy victory over the visiting Buffalo Regals Friday night at the Gale Centre.

Michael Arch and Justin Kyle scored two goals each for the Canucks.

Benjamin Gallivan and Robert Haak replied for Buffalo, which dropped to 1-24-0-2.

For the Pelham Panthers: Chris Webber (6).

Up next: The Falcons visit Fort Erie Saturday at 7:15 p.m. 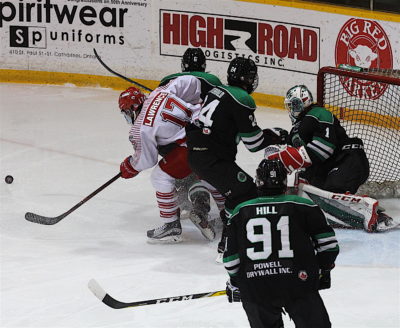 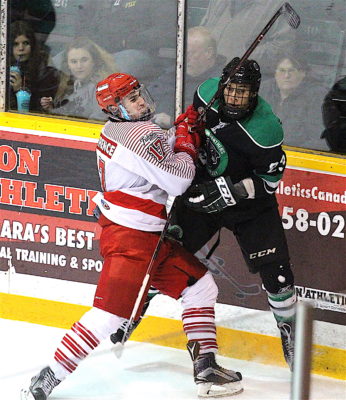 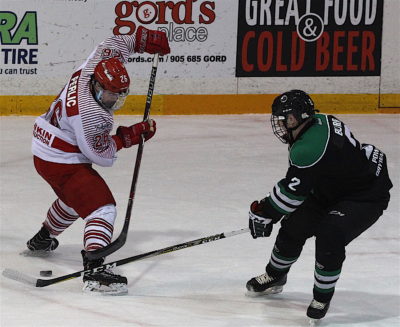 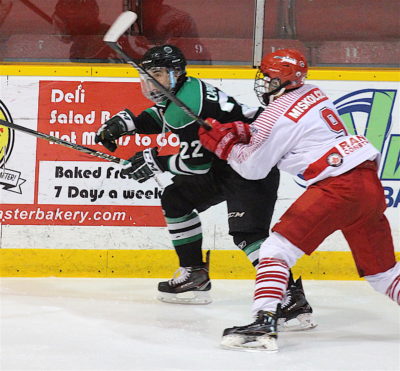