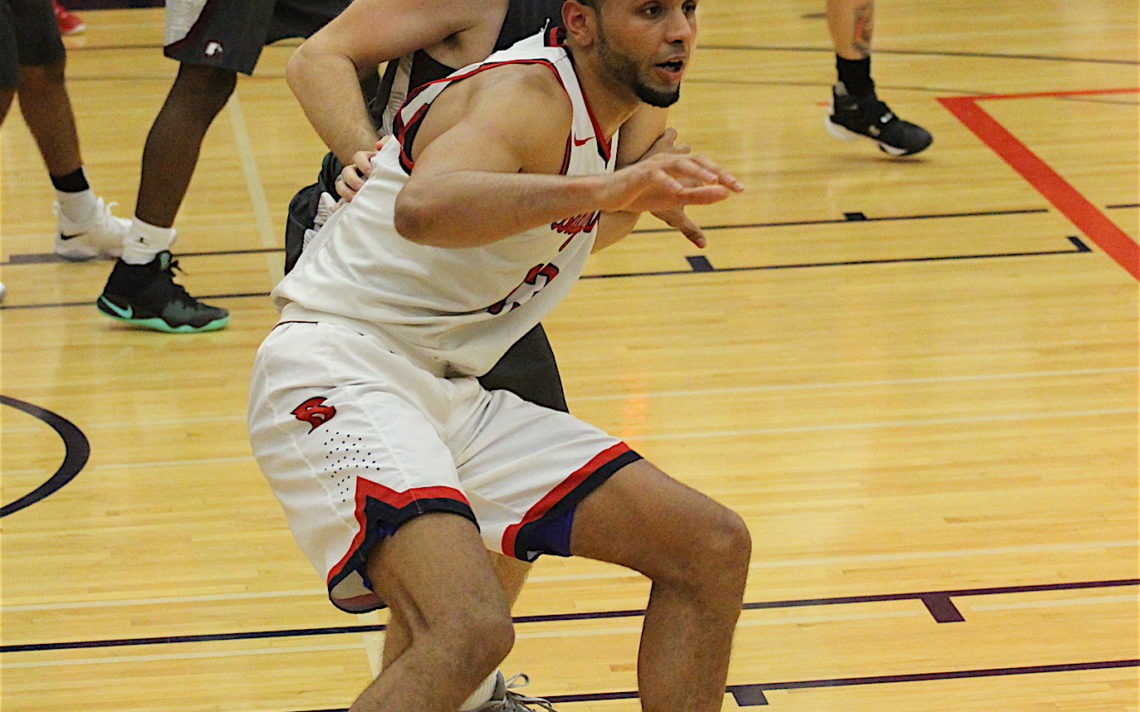 Dani Elgadi, shown in this file shot, had 26 points and 11 rebounds as Brock lost 78-69 to Ottawa Friday night.

The second-ranked Brock men’s basketball team saw its nine-game winning streak come to an end Friday night following a 78-69 loss at the hands of the visiting Ottawa Gee Gees.

Brock was led by Dani Elgadi who had 26 points and 11 rebounds. Daniel Cayer added 13 points and 10 boards and Cassidy Ryan contributed 11 points and six rebounds.

For Ottawa, Sean Stoqua led the way with 21 points. Other top scorers were Calvin Espitola (16) and Kenny Jean-Louis (10).

Brock was done in by a 1-21 shooting night from beyond the arc.

The Badgers will need to regroup quickly heading into an 8 p.m. Saturday showdown at the Meridian Centre against the unbeaten and top-ranked Carleton Ravens (9-0). Carleton thumped McMaster 83-40 on Friday night.

“Ottawa came out and hit first and ran us in our own gym,” Brock head coach Ashley MacSporran said. “Again with a young team, the consistency and controlling the controllable are so vital.

“We were unsuccessful tonight at what we have been doing so well; rebounding and running.”

Steph Findlay had an exceptional game for the Badgers with 23 points and 18 rebounds.

“She carried the team on her back,” MacSporran said.

Kristin Gallant added 17 points on 4-17 shooting and could have had 30 points if she finished better.

“As a rookie, taking it strong every time is a progress thing,” she said, “We will continue to get her to focus on it because she is unstoppable.”

Ottawa was led by Brigitte Lefebvre with 21 points and 10 boards.

Next up for the Badgers is a 6 p.m. Saturday date at the Meridian Centre against the fourth-ranked Carleton Ravens. Carleton improved to 9-0 Friday with an 81-54 win over the eighth-ranked McMaster Marauders.

“We have a giant breathing down on us tomorrow and if we come out like we did tonight, we are in for a lashing,” MacSporran said.

She expects her team to bounce back and battle hard versus the Ravens.

“They typically take their lashing and want to be in the fight,” MacSporran said. “We can only learn, improve and move on as we have all season.”